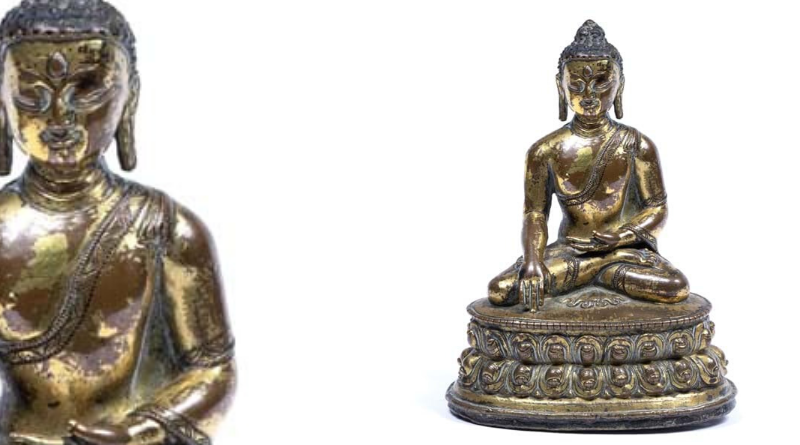 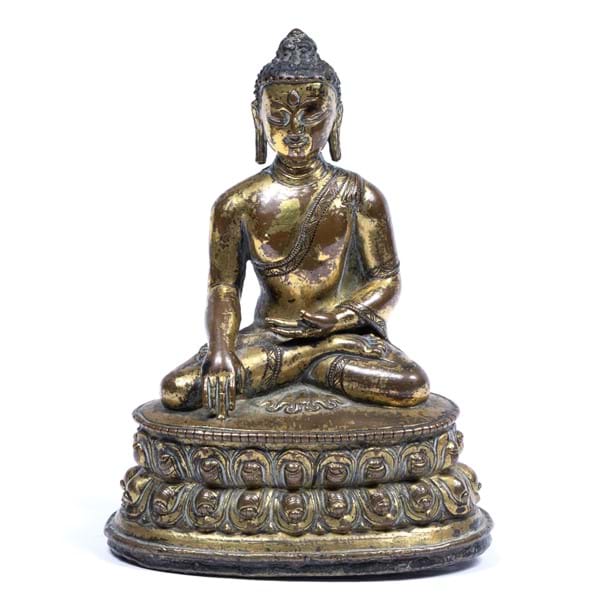 A gilt bronze Buddha consigned from a local charity shop has sold for £15,500 in a Gloucestershire saleroom.

Mallams auction house had one of its busiest two-day Chinese and Japanese sales recently, with total hammer sales of just over £445,000.

The Tibetan gilt bronze model of Gantama Buddha, dating from the 18th century and described as ‘a fine and well-modelled figure’ was gifted to the charity shop by a generous donor. The shop then brought it to the auction house to try and maximise the value of the donation. After a bidding battle between the internet and phone bidders, it eventually reached its impressive hammer price.

Elsewhere, the sale yielded a number of other lots that rose above their pre-sale estimates. Some of the sale’s highlights included:

Also featured in the sale was a small number of items originally from an imposing neoclassical building, called Hazelwood, which stood in the heart of Shanghai in the 1930s. One of these, a set of six scrolls with case, after Lu Zhi, each depicting mountain and allegorical scenes, sold for £8200 against an estimate of £3000-£5000.