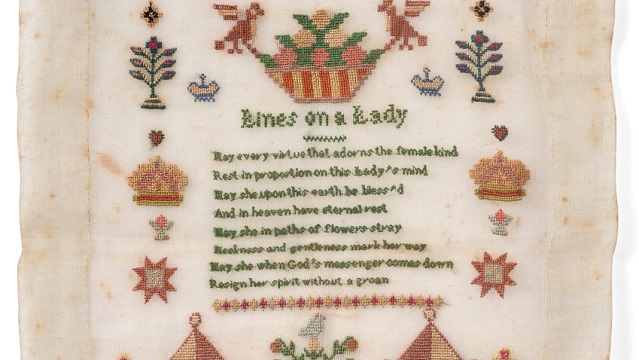 A rare early 19th-century sampler has sold for almost £10,000 in a recent sale in North Yorkshire.

Measuring just 15cm across, the sampler went under the hammer in Tennants Auctioneers’ costume, accessories and textiles sale. 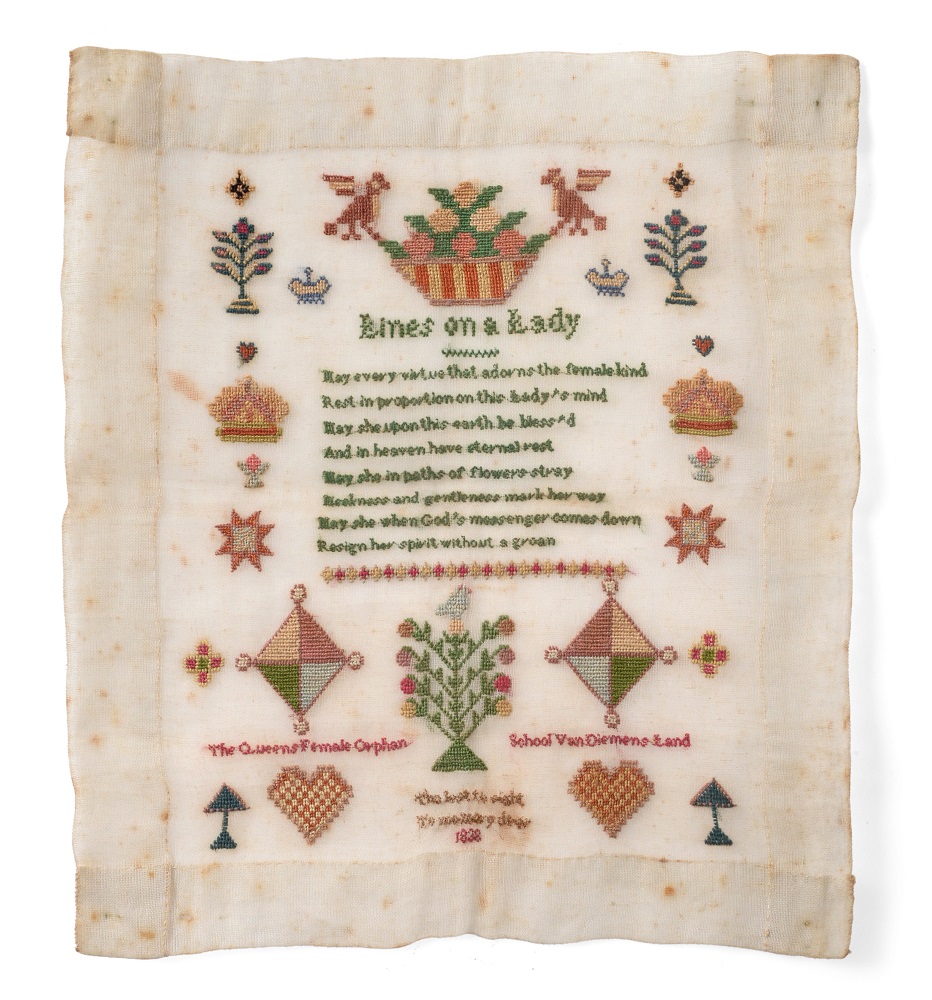 Estimated at £600-800, the sampler was the subject of a heated bidding war between buyers across the world, eventually selling for a hammer of £9,200. Samplers have been selling strongly at auction recently, but it was the rarity, condition and quality of stitching that boosted this example to such heights.

The modest sampler was completed by a girl from the Queen’s Orphan School, New Town, Tasmania in 1838. The orphanage was established in 1833 to house orphans, neglected children and the children of convicts transported from Europe to horrors of the formidable penal colony.

Run as part of the convict system, the orphanage was described at the time in a newspaper article as ‘cold and comfortless’. The writer goes on to elaborate ‘… never did we see two hundred human beings, that exhibited so squalid an appearance, as did the majority of the Queen’s orphans.’ Belying such a bleak situation is the colourful and carefully stitched sampler, which was executed on a fine hemmed gauze. It is stitched with ‘Queens Female Orphan School Van Diemens Land 1838’ and a verse entitled ‘Lines on a Lady’ that extols the virtues of meekness and mildness and wishes ‘may she in paths of flowers stray’. It is further decorated with delicately stitched motifs of heart, crowns, flowering trees and stars.

The modest sampler was accompanied at sale with rather more luxurious lots, highlights included: