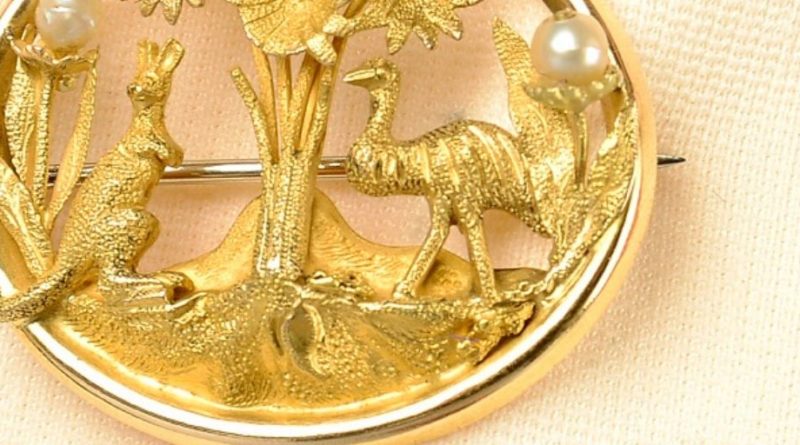 Just in time to coincide with Australia Day, a fascinating mid-19th century colonial Australian 18ct gold and seed pearl brooch is up for auction at Fellows in Birmingham next week. 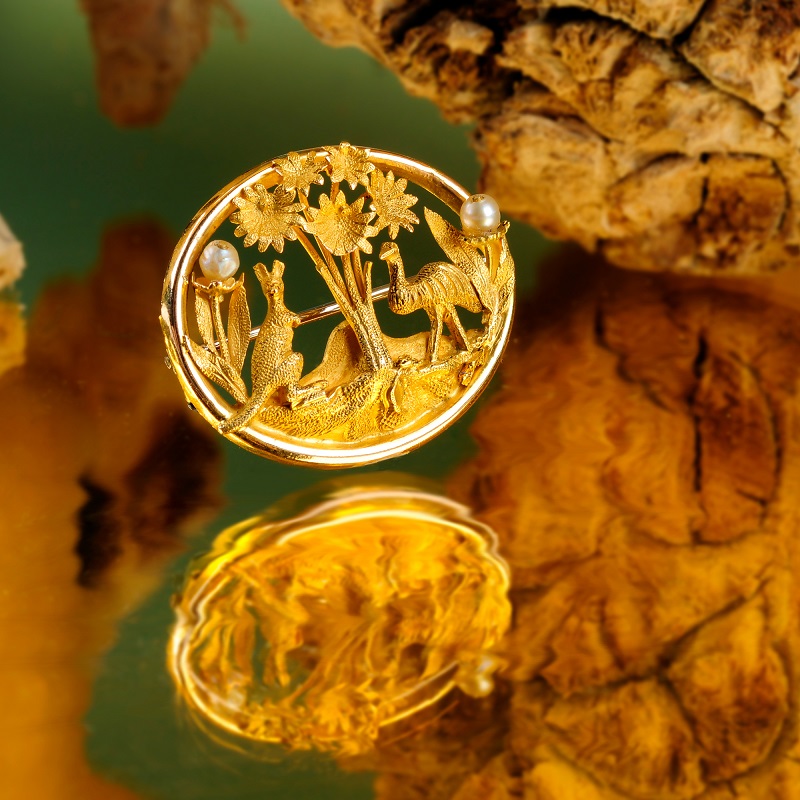 While Australia Day takes place on Sunday, 26 January, the alluring piece, depicting a kangaroo and emu amongst foliage, will go under the hammer on January 30. Birmingham auctioneers Fellows said the brooch is a perfect representation of historic Australian jewellery. It carries an estimate of £1,500 – £2,000 in their Fine Jewellery sale.

Australian jewellery of the 19th and 20th century has become increasingly popular at auction in recent years.

Naturalistic jewellery was created in a variety of styles by skilled goldsmiths who incorporated beautiful depictions which are symbolic of Australia.

Flowers and animals were popular designs, and the origin of the pieces is perfectly represented by their instantly recognisable stunning gold surround.

This particular 18ct gold example has a length of 2.9cms and weighs 4.2gms.

In January last year, Fellows sold a similar brooch, depicting an aboriginal figure, emu and kangaroo among native flora, for just under £10,000 to an Australian buyer.

Alex Duffy, Jewellery Specialist at Fellows Auctioneers, said, “It is a pleasure to be able to offer another of these rare and unusual pieces for auction and with Australia day coming up, this makes for the perfect purchase to celebrate the nation’s culture. Nature has always provided unrivalled inspiration for art and jewellery, being forever subjected and abstracted in its various forms. The native flora and fauna expertly crafted within this brooch illustrates the admiration we have for our beautiful planet. It is important that we seek to promote and protect these natural treasures that have provided us with so much.”