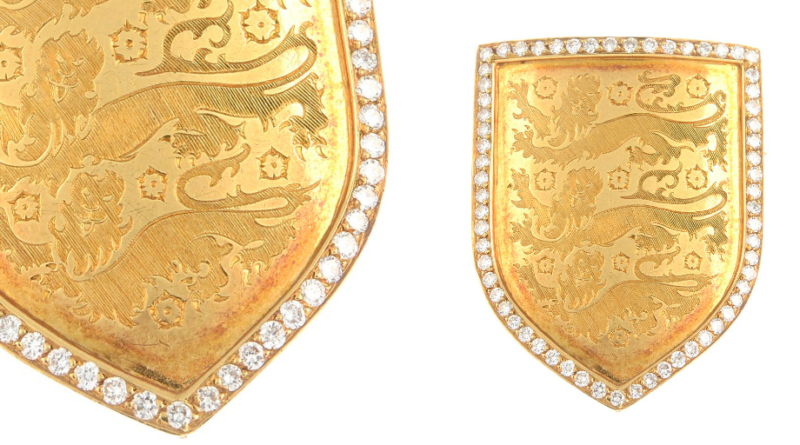 An 18ct gold diamond England crest brooch which belonged to a former West Bromwich Albion and Football Association chairman has sold for over one thousands pounds in a Birmingham sale. 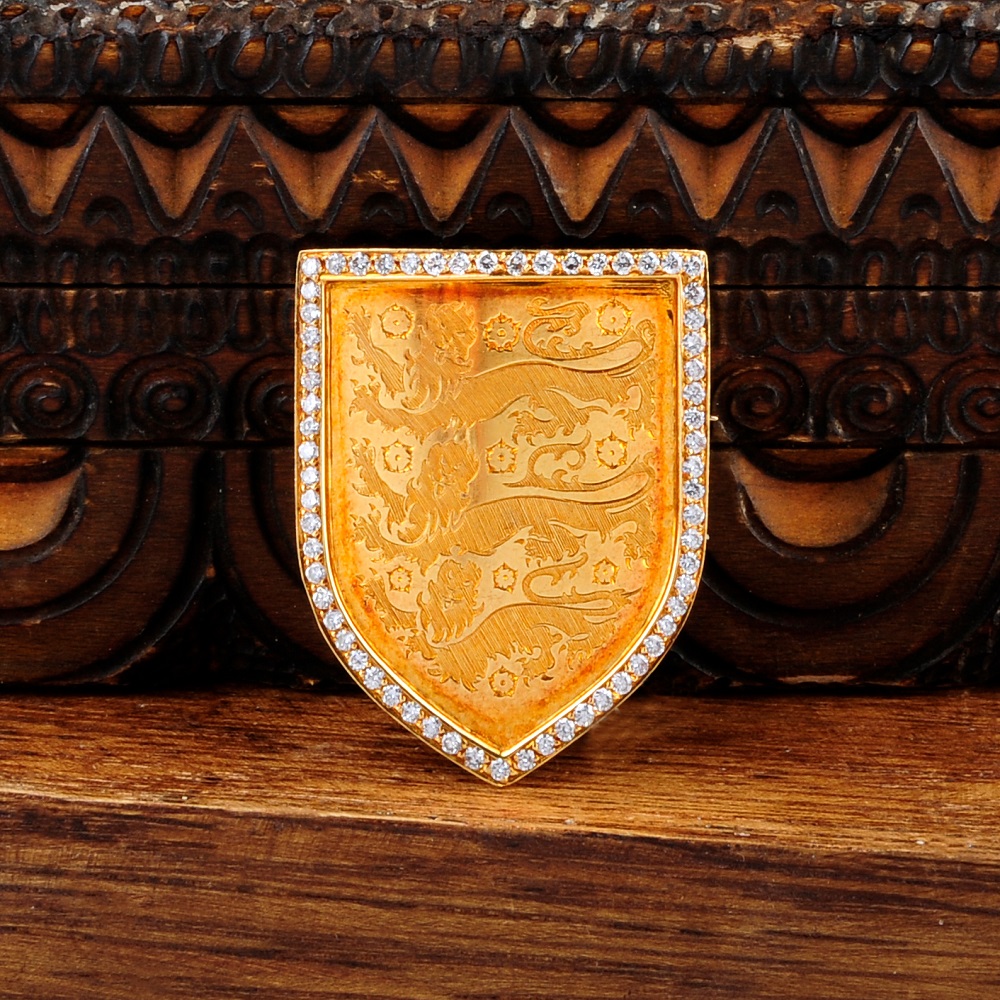 The brooch, which fetched a total of £1,202.40 at Fellows Auctioneers, was formerly owned by Sir Frederick Albert ‘Bert’ Millichip and Lady Barbara Millichip, and was the subject of a fierce bidding war in their recent Fine Jewellery sale. With 1996 hallmarks – the year Sir Bert retired from the Football Association – it carried a pre-sale estimate of £600 – £800. Lady Millichip regularly wore the brooch, until she sadly passed away in 2015.

With a length of 3.7cms and a weight of 14.8gms, the brooch had the famous three lion markings which are symbolic of the England national football team. Shaped like a shield, it had an estimated total diamond weight of 1ct.

The piece was brought to Fellows Auctioneers by Sally Simmonds, daughter of Sir Bert and Lady Millichip, and was placed into Fellows’ first flagship jewellery auction of the year.

Sir Bert had a long career spanning many decades working in football. He became chairman of West Bromwich Albion in 1974, before eventually going on to work for the FA. Initially, he was councillor before becoming chairman of the FA, a post he held from 1981–1996.

Sir Bert was chairman of the FA throughout some of the most drastic changes in English football history, such as the introduction of the Premier League.

He was also heavily involved in the appointment of England managers, including Terry Venables. Sir Bert received a knighthood for his services to the game in 1991. He passed away in 2002.

Alex Duffy, Jewellery Specialist from Fellows Auctioneers, said: “After an online stand-off between bidders, it was fantastic to see the brooch sell so well. It’s always a pleasure to be able to offer unusual and unique items such as this for auction, watching as the enthusiasts and collectors fight it out. With its interesting provenance and sporting connections it’s unlikely we’ll see something quite like this come up again anytime soon.”