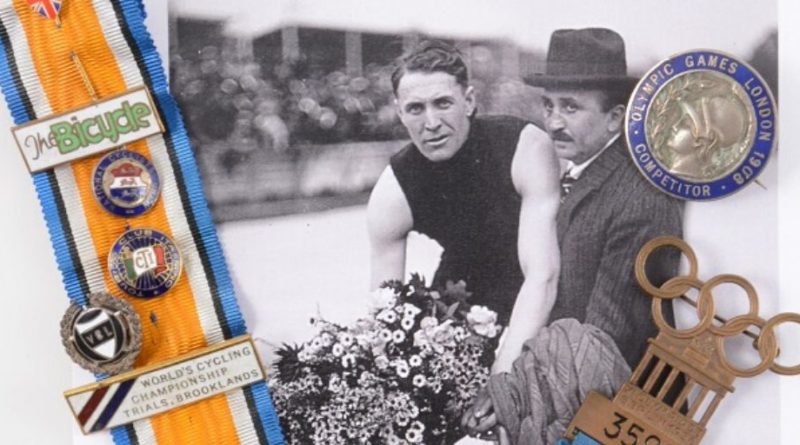 A collection of early 20th-century Olympic medals won by a leading cycling star of the era will be sold at an East Midlands-based auction house next month.

The trio of medals, along with a handful of other cycling-related medals and the owner’s First World War service medals will be sold on February 18 with an estimate of £500 to £800. 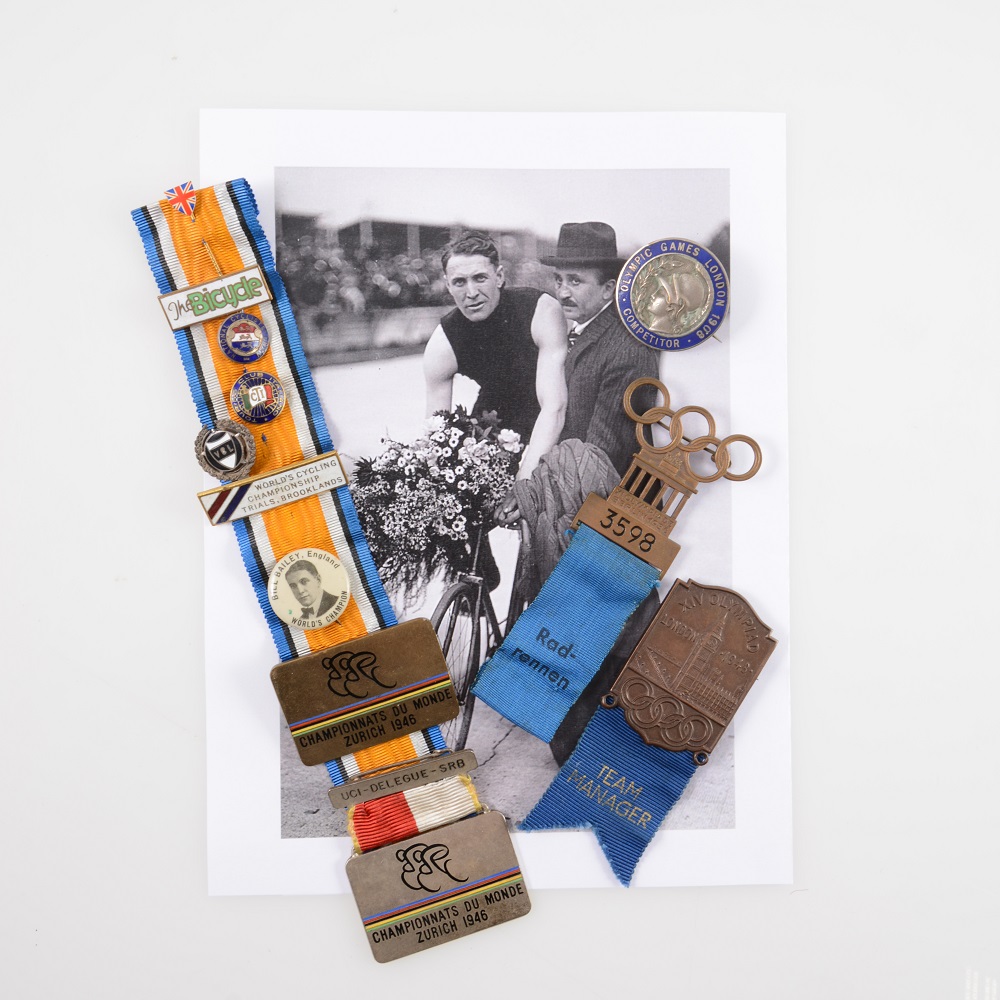 The badges were awarded to William “Bill” Bailey, former UCI Sprint World Champion and winner of the Grand Prix de Paris in four consecutive years from 1910-13. The competitor badge being auctioned is from the London Olympics of 1908 and the team manager badges from the Berlin and London Olympiads of 1936 and 1948 show this pioneer of the sport was still a principal figure in British cycling in the mid-century.

“In an Olympic year, it’s a pleasure to offer collectors the chance to own memorabilia going back eight decades,” said Gildings director Will Gilding. “Bill Bailey’s international achievements all that time ago are testament to the fact that recent British successes in the world of cycling are a resurgence of previous glories rather than an entirely new phenomenon.”

In 1914, Bailey turned professional, but the outbreak of war saw him join up to serve in the Army Service Corps, resuming his cycling career in 1920 when he won a bronze medal in the Track Sprint event at the UCI World Championships in Antwerp. He remained a professional racer throughout the 1920s and set a British record in 1928 for the half-mile standing start at the age of 40.

As his 1936 and 1948 medals show, after his racing career Bill Bailey became heavily involved in coaching and cycling events management. He was also a founder of The Bicycle magazine in 1936.