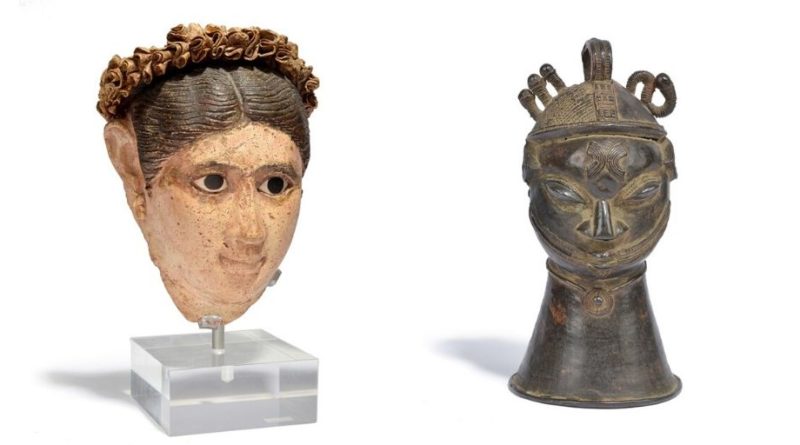 A Wiltshire auction house’s upcoming Tribal Art & Antiquities sale will include items from a number of private collections, most notably the Dr Black North American and Inuit collection.

Woolley & Wallis in Salisbury will offer old bead work items, alongside more modern examples of Haida carvings, a sculptural tradition among the indigenous Haida nation of the northwest coast of North America; and excavated Inuit amulets and hunting implements.

The sale will also include The Dr Abouseif collection of North African and Ottoman jewellery, providing a fascinating insight to the skill of these craftsmen. Elsewhere, a small selection of Greenland models and toys collected by Quentin Riley, one of the ‘famous five’ explorers who took part in the British Arctic air route expedition of 1930-1931, will be offered.

Some of the sale’s highlights are:

The sale takes place on February 19.