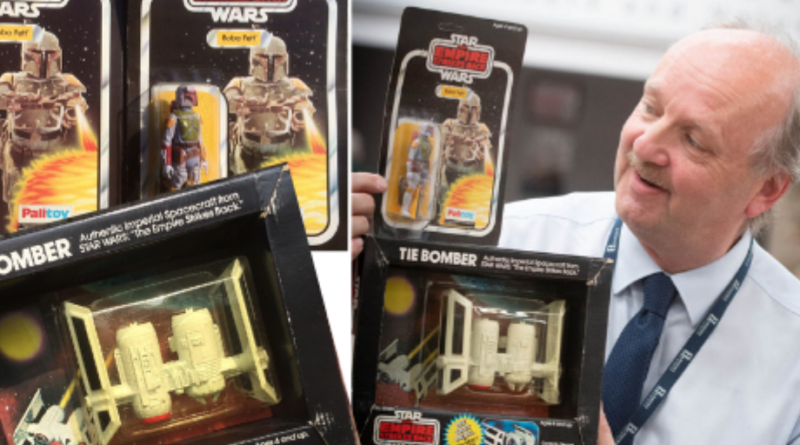 Various items of Star Wars toys and memorabilia have rocketed to success at auction in Derbyshire.

The highest figure paid for a single lot was £1,350 for a boxed Star Wars The Empire Strikes Back Tie Bomber.

Other top lots included an original Star Wars cinema poster from 1977 which made £800 and The Empire Strikes Back, Slave I, Boba Fett’s Spaceship made £700.

In addition, a collection of 240 transparencies from Star Wars: The Empire Strikes Back, issued in 1980 by Lucas Films Ltd, was contested to £520.

“Star Wars has generated thousands of fans all over the world and many of them like to add to their collections.  We had one phone bidder who asked for the opportunity to bid on every single lot.

“Inevitably, many of these finds are made in this area and it’s wonderful to know that some of these old toys are so sought after.

“The sale included Star Wars lots from 11 different sellers, some from Derbyshire and Staffordshire as well as Leicestershire, and included two major collections. But we know there are more toys out there, perhaps forgotten in the loft.”