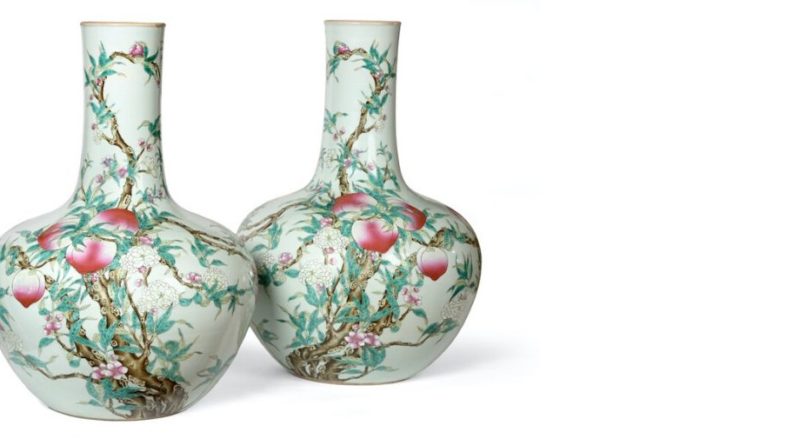 A pair of Chinese porcelain ‘Nine Peach’ vases, with the Qianlong mark, probably from the late Qing Dynasty carry hopes of selling for up to £70,000 in Tennants Auctioneers’ Spring Fine Art Sale next month.

With provenance from Aldourie Castle, near Inverness, the vases’ nine peach pattern was much favoured by the Imperial porcelain makers of the Qianlong and Yongzheng periods. Historically, peaches have been China’s most auspicious fruit, symbolising longevity, marriage, family and being harbingers of happiness. 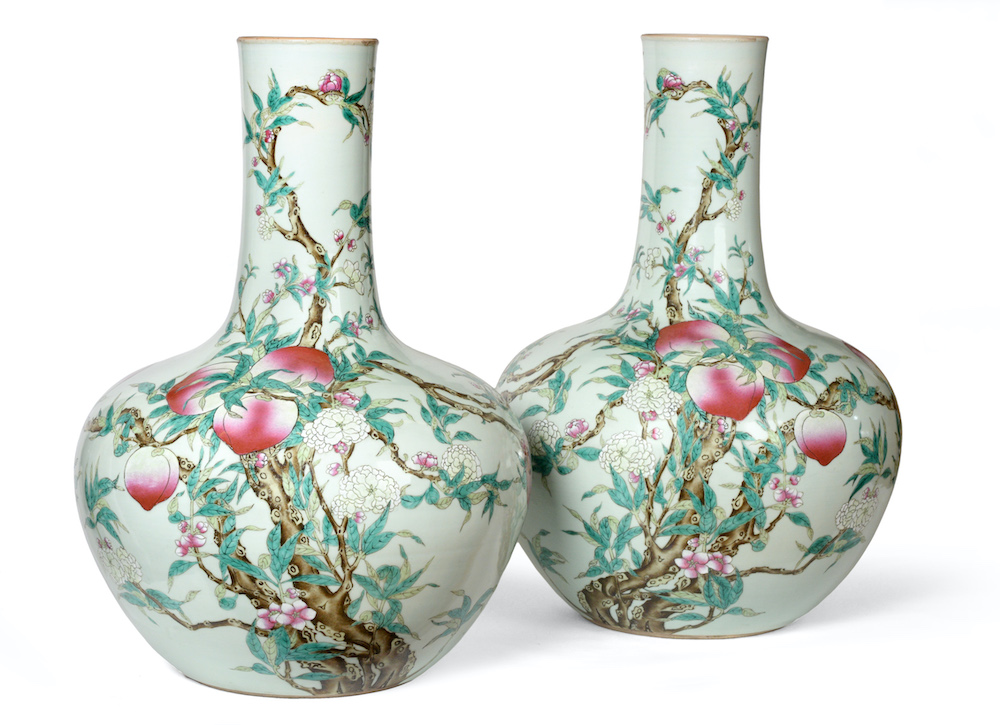 The auction house’s Asian Art section also includes Chinese cloisonné enamel pieces, including a pair of gilt bronze-mounted Chinese Cloisonné Enamel Figures of Quails, mounted as Candelabra, dating from the Qianlong reign with later mounts. Estimated at £6,000-8,000, the quails were once in the Edwin Davies Cloisonné Collection, and illustrated in a V&A publication in 2006.

There are also items from Hotham Hall in York, including a Chinese porcelain ovoid jar from the Wanli period painted in underglaze blue with deer in a landscape offered with an estimate of £5,000-7,000. Elsewhere, a large Japanese Bronze Okimono measuring 71cm high of an elephant being attacked by two tigers is also of note. Dating from the Meiji period, it sits on a rootwood base and is offered with an estimate of £7,000-10,000.

A broad offering of pictures in the sales includes A View of a Garden Pavilion attributed to John Inigo Richards RA (1731-1810) estimated at £20,000-30,000. Richards was a founding member of the Royal Academy, where he exhibited topographical views and he was frequently employed to record the grounds of country houses. 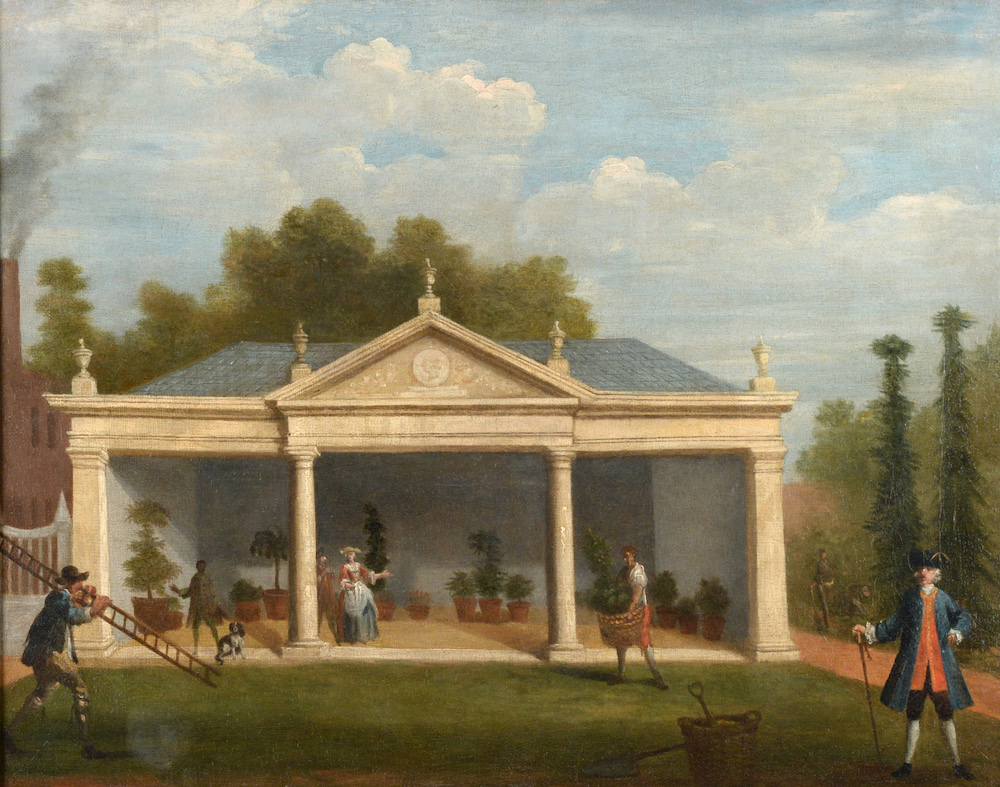 In the sale’s clock section, a fine and rare William and Mary Walnut Marquetry Longcase Clock with bolt and shutter maintaining power is the top lot. Estimated at £15,000-20,000, the clock was made by Daniel Quare of London, circa 1690. Quare was one of the most celebrated clockmakers of the late 17th and early 18th centuries, and examples of his work can be seen in major collections and museums around the world.

Among the furniture section is an exhibition quality satinwood and polychrome decorated display cabinet by Gillow & Co, Lancaster, late 19th century, with an estimate of £3,000-5,000. There is also a Sheraton Revival satinwood and marquetry decorated display cabinet circa 1900, attributed to Edwards and Roberts, carrying an estimate of £3,000-4,000, and an impressive Louis XV style marquetry decorated and ormolu mounted centre table, estimated at £4,000-6,000.

From Moulton Hall in North Yorkshire, the property of Lord and Lady Eccles, comes a figured walnut and feather-banded bookcase cabinet, estimated at £3,000-5,000.

Period oak and vernacular furniture continues to perform well at auction, and a matched set of eight yew Windsor armchairs from the mid-19th century is offered in the sale with an estimate of £1,800-2,500.