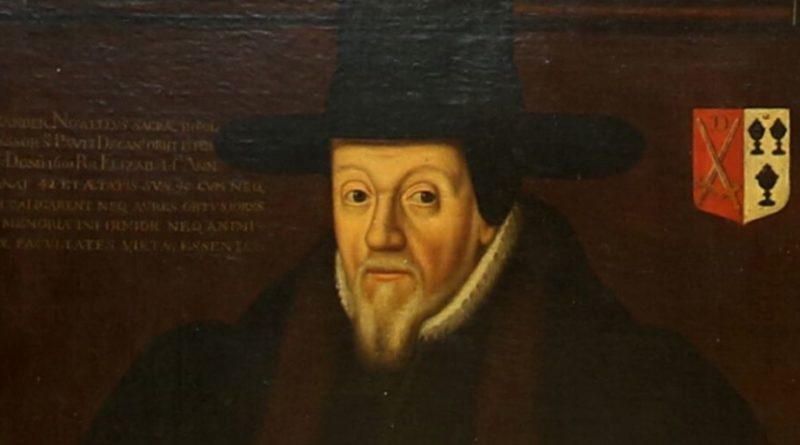 A Surrey auction house is celebrating its 30th anniversary with a three-day auction later this month.

Ewbank’s jewellery and watches sale takes place on March 18, followed by silver and fine art on March 19, and on March 20 there will be an auction of antiques, clocks and furniture.

One of the most valuable paintings catalogued for sale so far is an oil from the 16th or 17th century, by an unknown artist. The painting is a portrait of Dean Alexander Nowell, who was the Dean of St Paul’s Cathedral for 42 years, and has a pre-sale guide price of between £4,000 and £6,000. 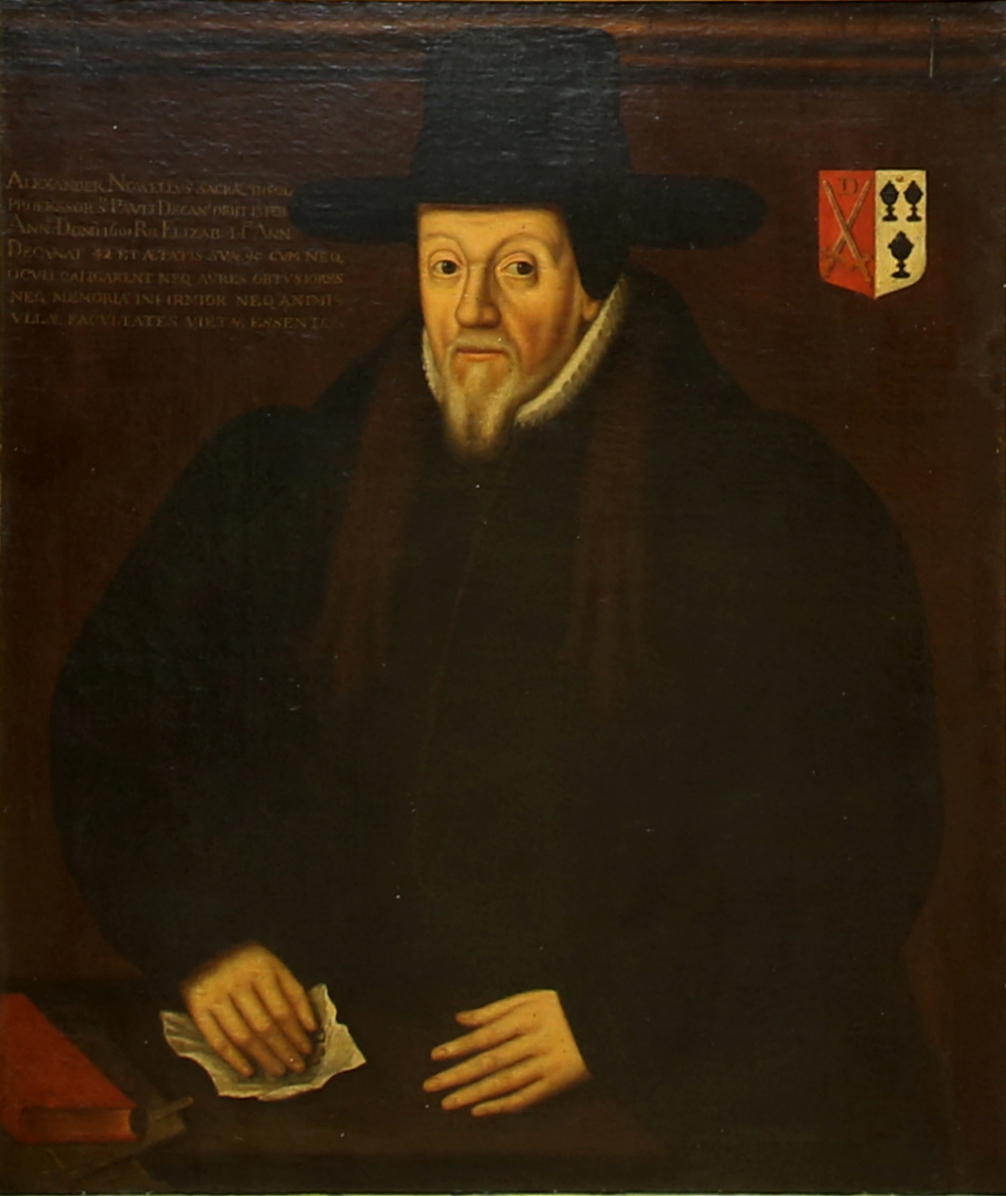 Nowell was educated at Brasenose College, Oxford, where he became a Fellow in 1536. He was a keen fisherman and the portrait shows him with a fishing rod behind him and with fish hooks in his hand and on a table. Other copies of this image are held in Brasenose College, University of Oxford, and St Paul’s Cathedral, an engraving after it was published in 1796).

The piece has been consigned for sale by the Nowell family, and has been in the family for more than 200 years. It was given as a gift in 1811 to Alexander Nowell by Robert Sherson for helping Sherson’s son when he was in trouble. It comes with a digital copy of the letter from Sherson to Nowell.

More unusually, Nowell has also been credited with accidentally inventing bottled beer, according to Thomas Fuller’s History of the Worthies of Britain. It is said that he left a bottle of beer, decanted from a barrel, on the river bank during a fishing trip.

He rediscovered it by chance a few days later and found it was still “perfectly drinkable”. When he opened the still-full bottle, “he found no bottle, but a gun, such was the sound at the opening thereof; and this is believed the original of bottled ale in England”.

Another painting consigned by the Nowell family is an oil of ‘The Holy Family with the infant St. John’, from the studio of Jan Brueghel the Younger, a Flemish painter who lived between 1601 and 1678. The holy family is pictured surrounded by cherubs, birds, animals, fruit and vegetables to a landscape beyond. It has been valued at between £4,000 and £6,000.

Other paintings of note include:

One of the most valuable pieces of silver on sale is a two-compartment silver caddy by renowned British silversmith Paul Storr. It is in the form of a basket, with gadrooned border and reeded handle, the plain oval body engraved with a scrolling monogram. It was made in London in 1802 and stands 18 cm high. It has been valued between £2,000 and £3,000. 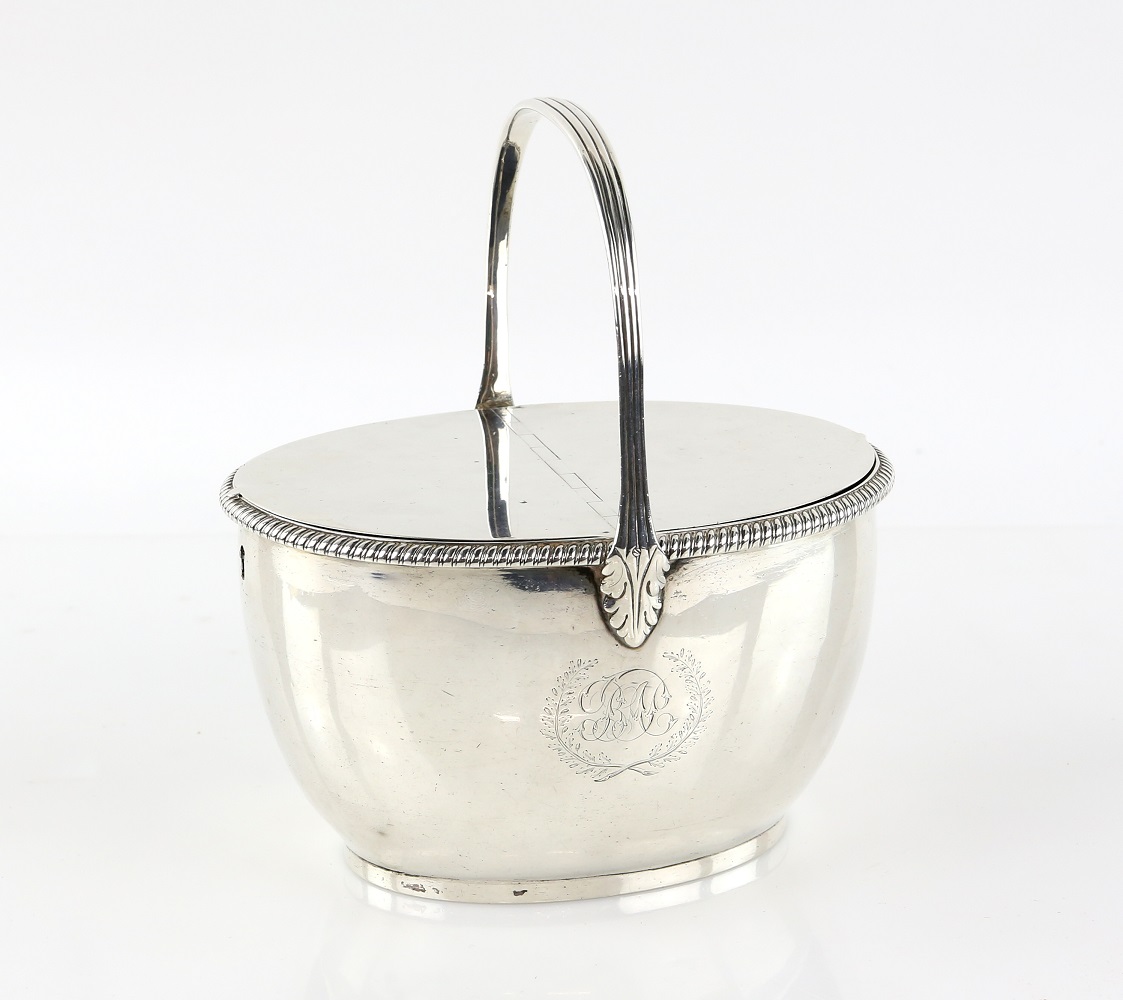 A collection of ten silver eggs and ten silver mushroom ornaments are on sale on March 20. Of the mushrooms, one by Christopher Lawrence, ‘The 1981 Large Silver Mushroom no. 4/6 entitled “The Sleeping Beauty”, is large parcel-gilt silver surprise mushroom, on a textured stone base. It has been valued at between £400 and £600.

A silver-gilt surprise egg, by Stuart Devlin, London, 1985, has a guide of between £200 and £300. It is limited edition number 15, measures 7cm high, and opens to reveal a pixie sitting on a toadstool.