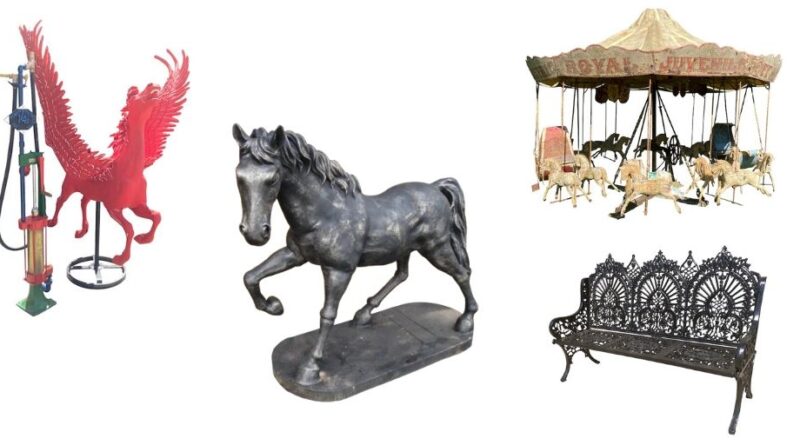 The sale of a second-generation antique dealer’s collection will go under the hammer in an online sale by Irish auction house Victor Mee Auctions beginning later this month.

Well known throughout the UK and Ireland as a highly respected antique dealer, Gerard Derry started full-time work with his father at the age of 16, learning the ropes and igniting his passion for all things beautifully unique with a deep-rooted history attached.

He felt very fortunate to be part of the flourishing antique trade during the 70s and 80s, a time where the market was ripe and interesting items were being sold in vast quantities, fetching auctioneers throughout the UK and Ireland great prices for their lots. Established in 1979, Derry’s Ltd quickly became a fast-growing business providing an extensive and varied collection of furniture and decorative pieces to the entire hospitality and leisure industry.

Many of the pieces will be represented in the Gerard Derry’s Retirement Auction running over two weekends from 2pm on May 23 and 24 and on June 6 and 7. The first weekend will showcase Derry’s decorative Interiors and garden pieces, while the second auction gives way to his architectural, pub fittings and advertising memorabilia.

During the first weekend sale, bidders will have the opportunity to secure one of the sale’s star lots, a rare 19th-century hand-operated fairground carousel. In full working order, the carousel is adorned with eighteen hand-carved and painted horses and two swing boats. It was bought by Gerard Derry at one of Victor Mee’s sales in 2018 after originally being bought from the Farrells, a carnival family of Buncrana, Co Donegal. It is described as an extremely rare find, as many such carousels would have been broken up or still retained by carnival families. 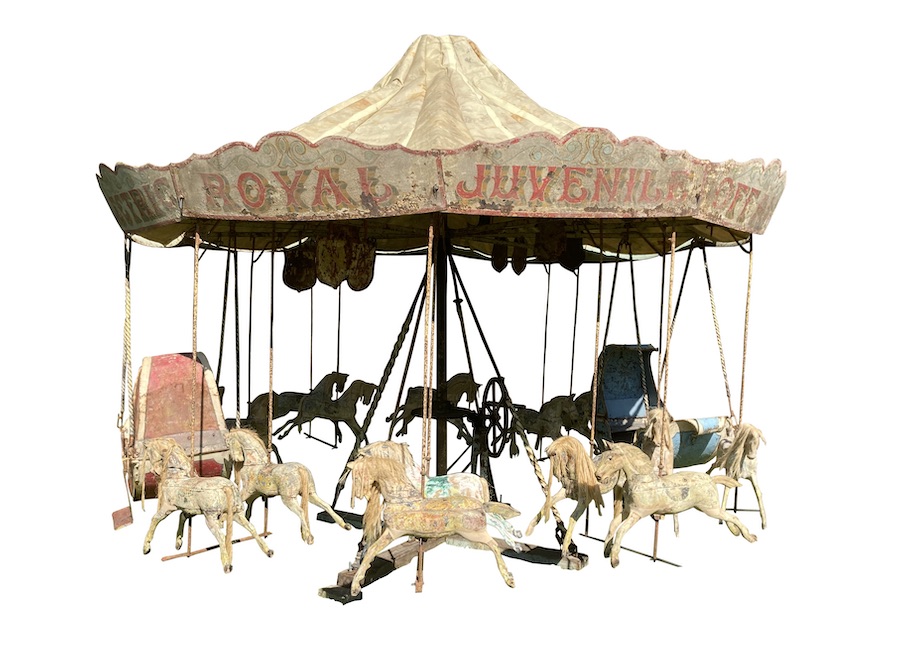 This type of carousel dates back to the 1940s. Estimated to sell at auction between €10,000 and €20,000, this lot is expected to be of high interest amongst bidders. In addition to the fairground carousel, Gerard Derry’s Retirement Auction will see an array of other decorative interiors and garden pieces hit the auction block, many of which are sure to make a statement within any home or garden. Key lots of interest include: 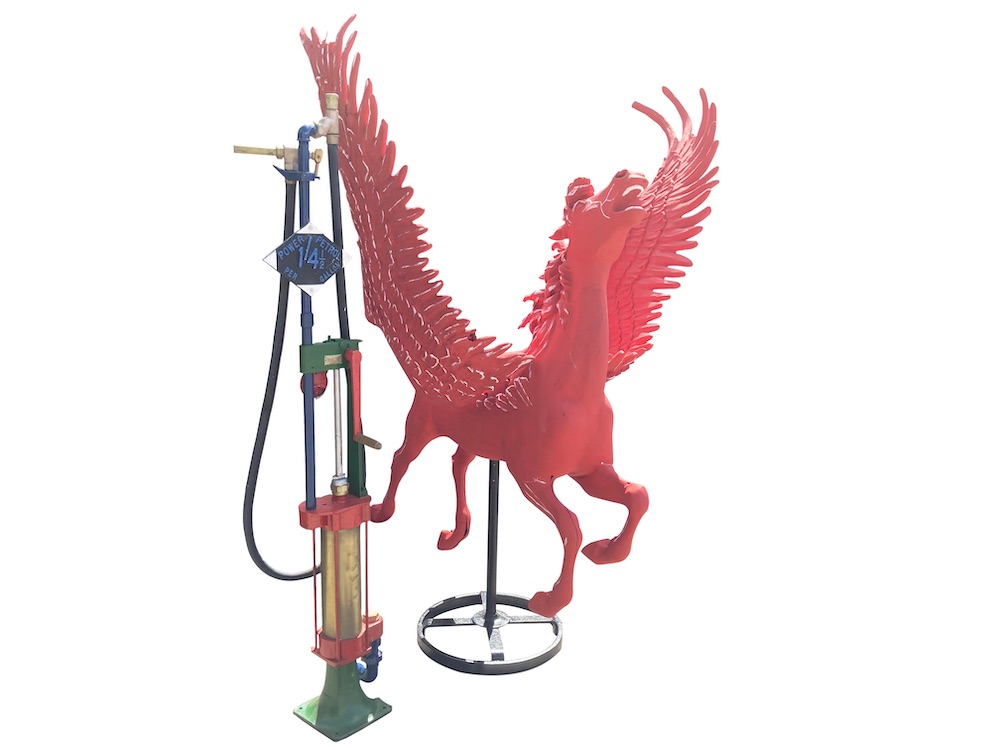 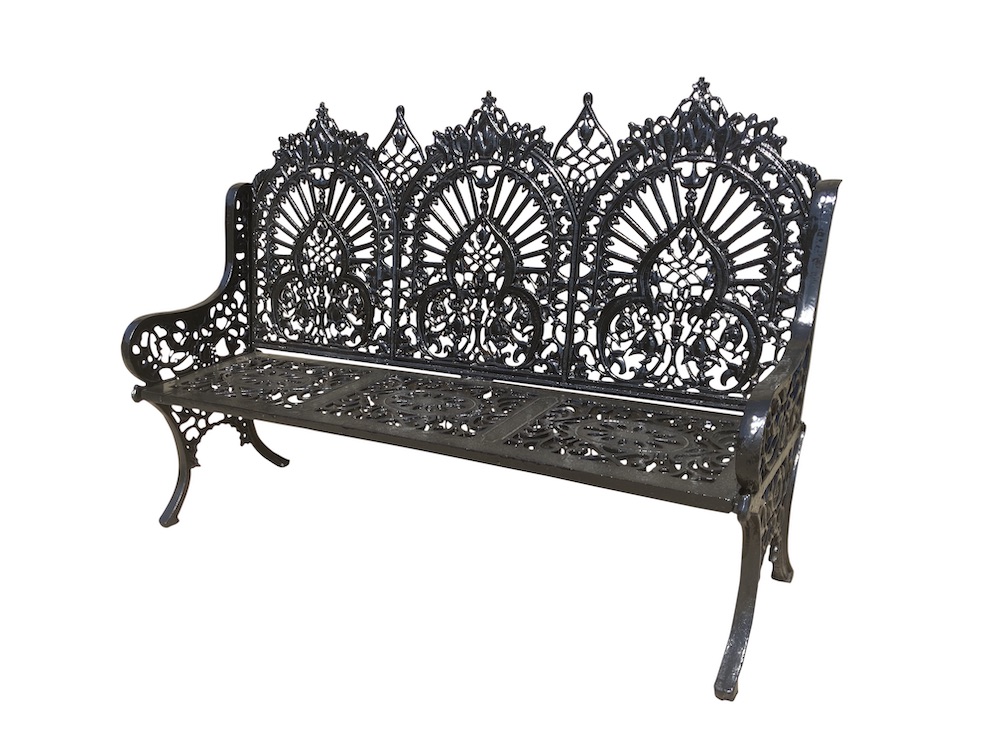 Ahead of the first instalment of Gerard Derry’s Retirement Auction, auctioneer Victor Mee said, “We are honoured to have been asked by Mr Derry to host his online retirement auction, which begins next weekend. We are very excited to welcome bidders online to explore the wide range of unique decorative interiors and garden furniture pieces that will be available at the auction block. We are currently facing unsure times, so are hoping our series of online weekend auctions will not only allow bidders to take home a little bit of antique history, but will also act as a welcomed pass time as we all continue to stay at home.”

The second instalment of the auction will take place on June 6 and 7, with many examples of architectural salvage, advertising and memorabilia up for sale. As Mr Derry’s budding career developed in to the 90s, so did the vibrant emerging market for memorabilia and architectural salvage in the hospitality bar, hotel and restaurant trade and Gerard began to travel around the world sourcing unusual pieces for this market. Over its many years of business Derry’s Ltd became synonymous with architectural memorabilia supplying Ireland, Europe and the American markets.

The auctioneers said that items available in the second sale are expected to sell for high price tags to interested bidders around the world. The online catalogue for the June auction will be announced by Victor Mee Auctions on May 25.

Key lots include two original Brunswick Bars, originating from the USA and an early 20th-century hand carved oak pulpit known as the Pulpit of Truth, sculpted by Louis Mascré, commissioned by Baron and Baroness Crawhez and donated to the Church of Saint Martin in the town of Ransart, Belgium. The pulpit took over three years to complete and is estimated to sell at auction between €40,000 and €80,000.

Auctioneer Victor Mee said, “This auction will offer collectors a fantastic selection of unique antique pieces that will complement indoor and outdoor areas of the home, as well as adding great character to spaces dedicated to the hospitality and leisure industry.”