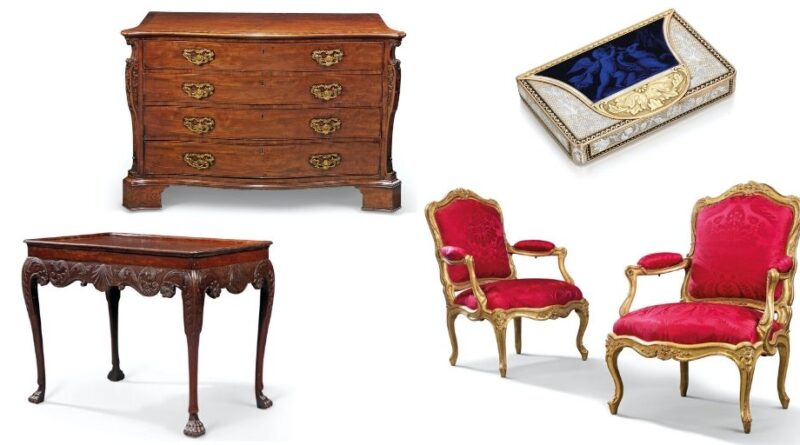 Centuries of artisan craftsmanship is represented in Christie’s sale, The Collector: Online, which encompasses European and English furniture, silver, ceramics, gold boxes and artworks from the 17th to 19th century.

From an antique bureau for a study or office, to statement lighting designed to enhance any rooms, the auction house has commissioned a series of four virtual vignettes to showcase sale highlights.  The auction is now open for browsing and bidding online until 1 June.

Paul Gallois, Head of Sale, commented, “Following the very successful New York Collector Sale which closed last week, for the first time from London we are delighted to present ‘The Collector: Online’, now opening for bidding until June 1. During this unprecedented period in our lives, whilst a great many are spending more time than ever at home, interiors have become a major focus of comfort, familiarity and aesthetic expression. Browsing The Collector sale via both the sale e-catalogue and in situ via the original illustrated vignettes is seamless and inspiring”.

The sale features a number of highlights and standout lots across all sections. These include:

An Irish George II mahogany silver table, circa 1750. The frieze is beautifully carved with scrolls and centered by a shell, an iconic Irish characteristic. Estimated at £8,000 to £12,000 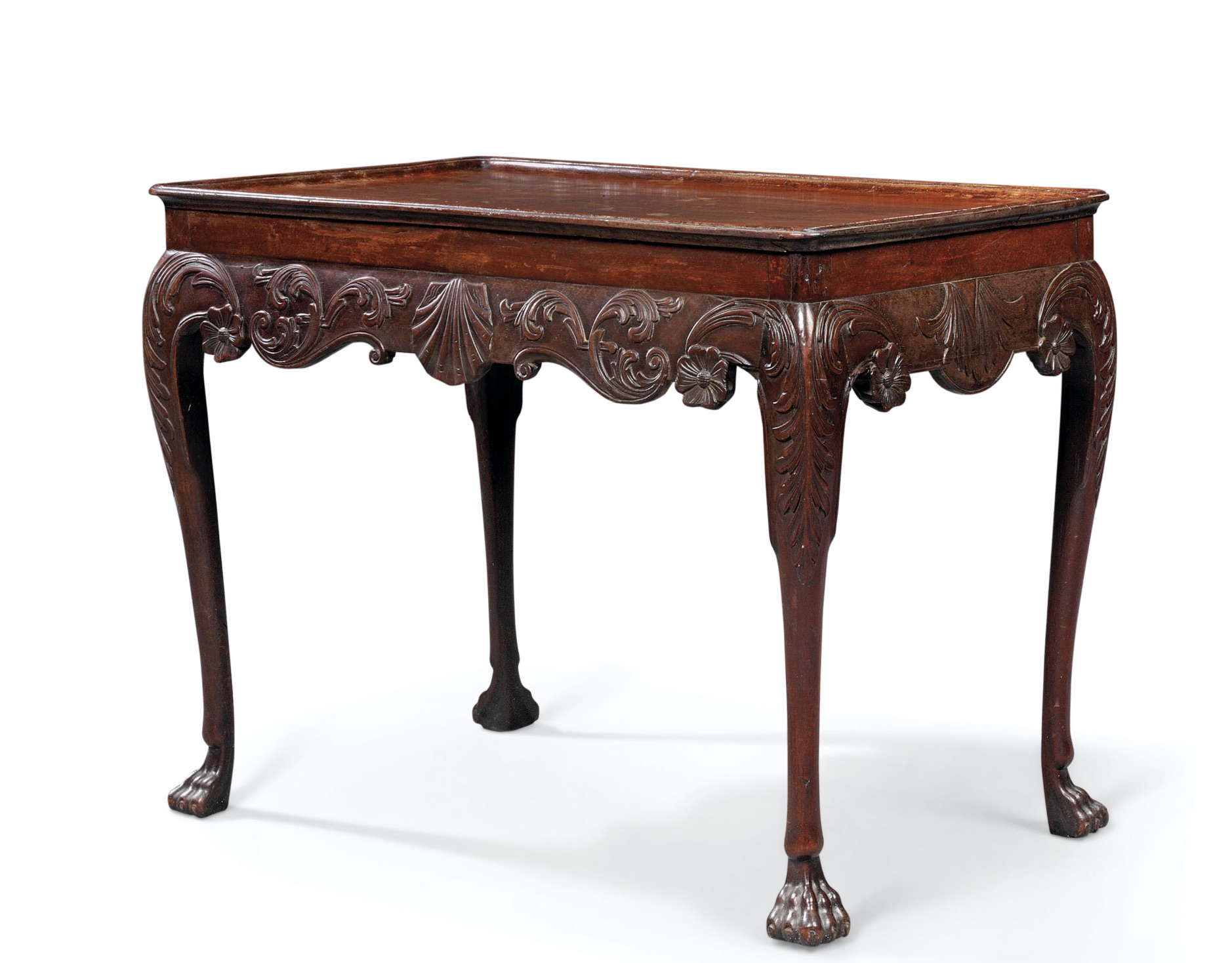 A George III mahogany serpentine dressing Commode attributed to William Gomm, circa 1765. This piece relates closely to a design from the early 1760s by the cabinet-maker William Gomm (circa 1697-1780) of Clerkenwell Close, and it was published by the important furniture historian R. W. Symonds in his Masterpieces of English Furniture and Clocks, London, 1940. The commode was previously in the renowned collection of Lord and Lady Samuel of Wych Cross. Estimated at £30,000-50,000 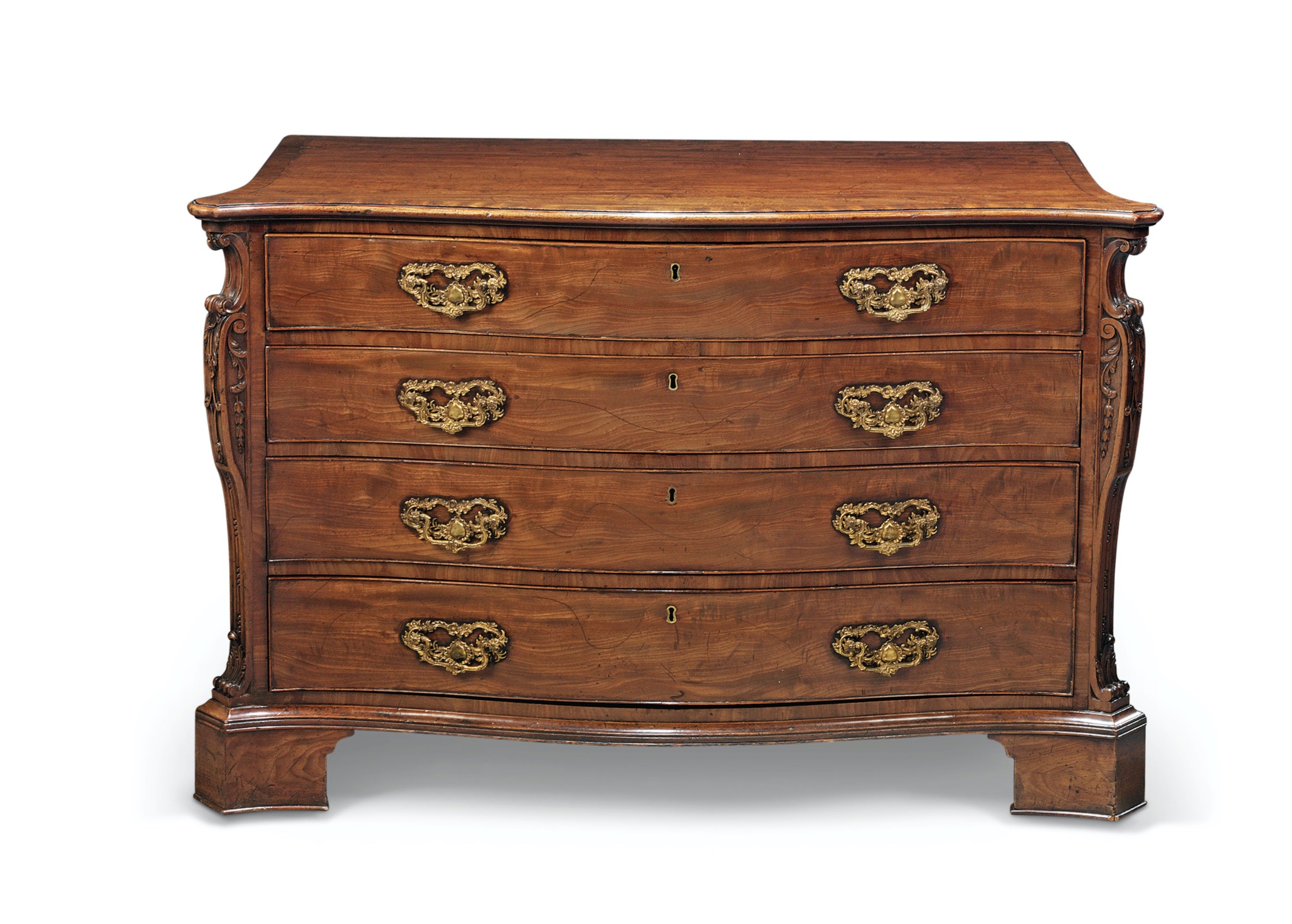 A pair of Louis XV giltwood fauteuils a la reine by Jean-Baptiste Gourdin, third quarter 18th Century. The elegant and sinuous design of these superb fauteuils, consisting of a delicate interaction of scrolls, curves and lines, is characteristic of Jean- Baptiste Gourdin’s most accomplished work executed during the early years of his career, circa 1748-’60 and a superb example of the very best seat furniture masterminded in France in the 18th century. Estimated at £40.000 to £60,000

A Swiss enamelled gold snuff-box, Geneva, circa 1820. Although unmarked, this snuff-box is an exceptional example of the high quality of objects produced by the most eminent craftsmen working in Geneva at this time, with many destined for export to the far and Middle East. Goldsmiths produced a variety of magnificent objects of vertu from small etuis to more elaborately decorated boxes. Many Swiss pieces were not signed by their makers, perhaps in response to their Chinese clients preference for pieces to be unsullied by marks 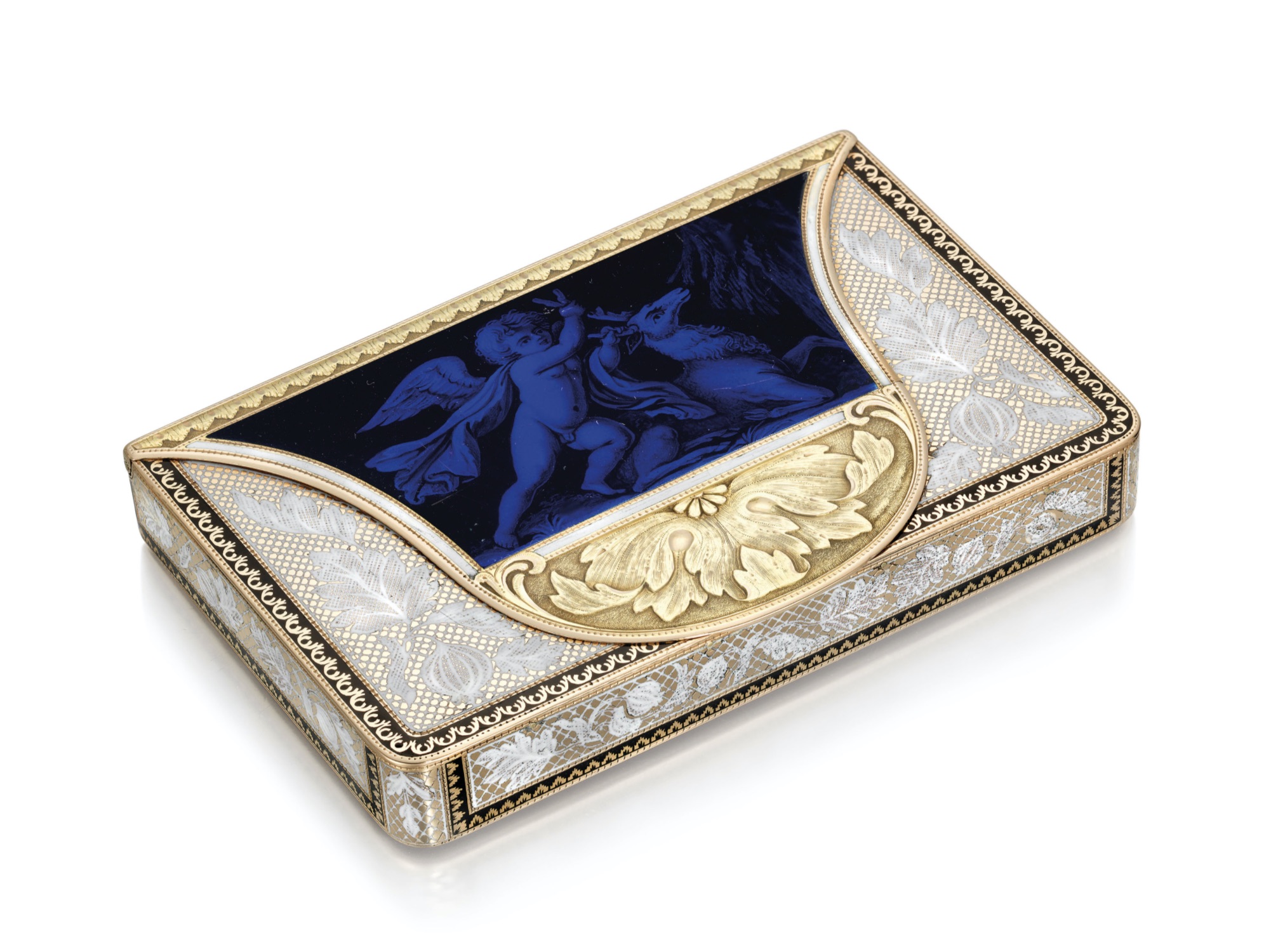 A large Austro-Hungarian Silver jug which served as a horse racing prize for the well-known Nemzeti-Dij, won by Metallist in 1884; the jug is symbolically chased with views of Buda and Pest and in the forefront the famous Széchenyi Chain Bridge designed by English engineer William Tierney Clark, built in 1849 by Scottish engineer Adam Clark, while the handle is cast with a large dragon known as a sárkány, a legendary monster in Hungarian mythology. Estimated at £6,000-8,000

Emile Coriolan Hippolyte Guillemin (French,1841-1907) Rétiaire et Mirmillon, gladiateurs romains (Retiarius and Murmillo). These Roman gladiators dating to 1870 are inspired by Jean-Léon Gérôme’s painting Ave Caesar! Morituri te salutant (Hail Caesar! We Who Are about to Die Salute You), which depicts similarly posed gladiators saluting the Emperor Vitellius. The gladiator styled as a fisherman with weighted net and three-pointed trident is called a Retiarius and the other is a Murmillo. Such 19th century characterisations informed the gladiatorial fight scenes in American cinema, and similarly styled figures appear in Ben-Hur (1959) and Gladiator (2000. Estimated at £12,000–18,000 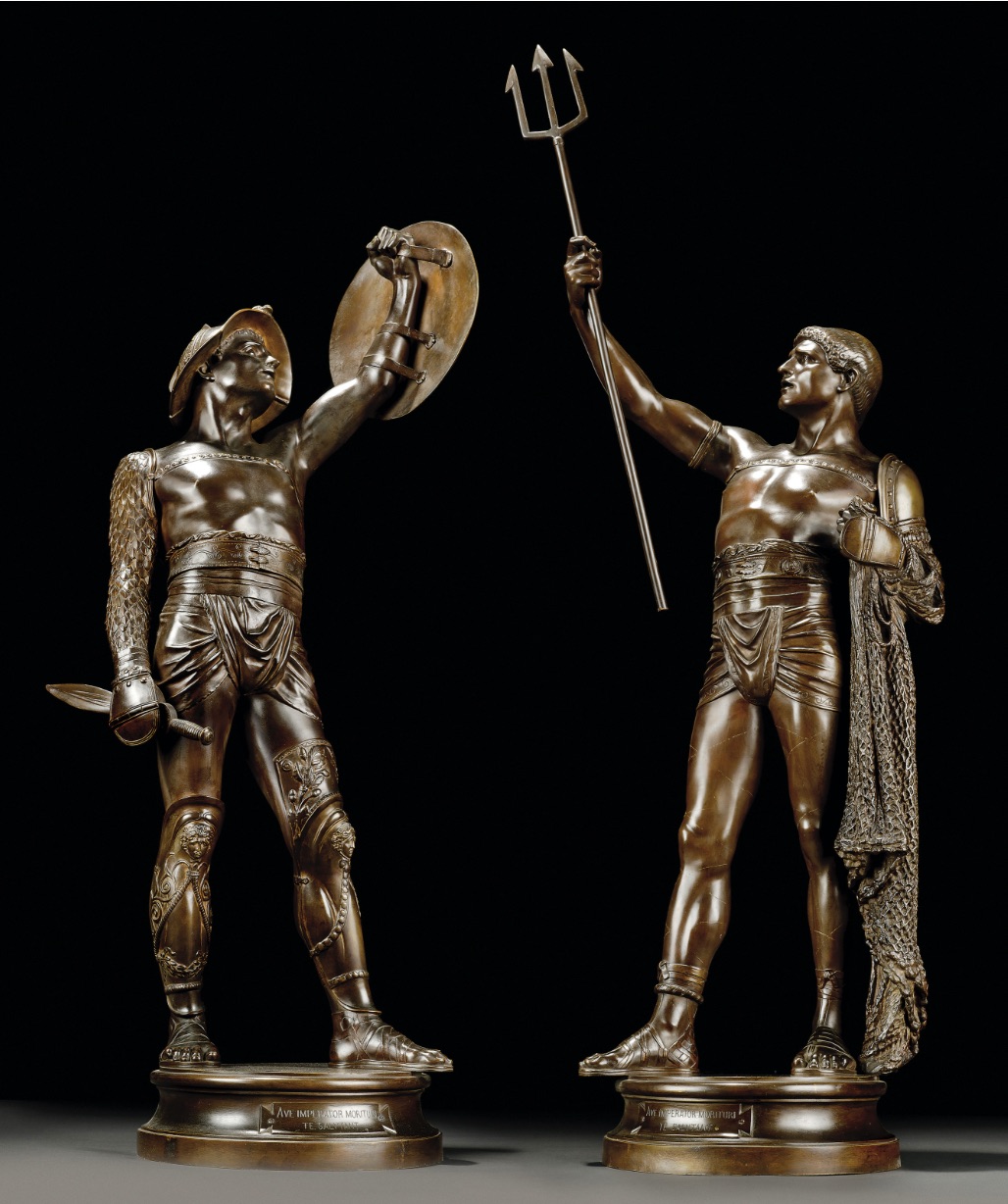