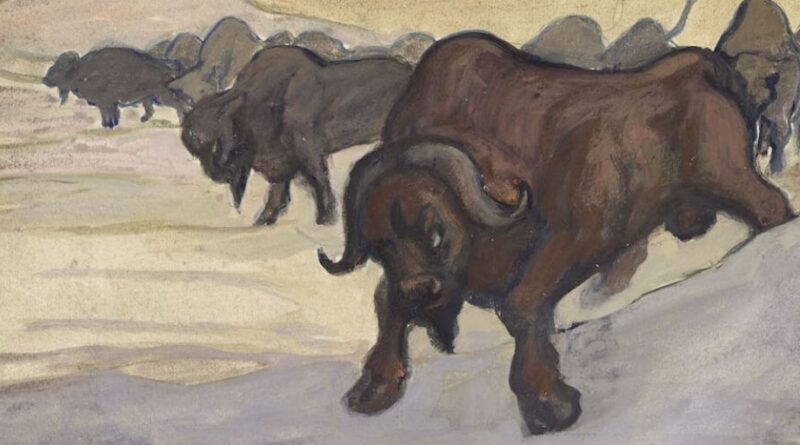 A ‘deeply personal’ collection of Works on Paper by some of the most celebrated artists of the 20th century is set to sell in an online auction from Sotheby’s, starting this week.

The collection belonged to Czech-born collector Albin Schram (1926-2005), and ranges from small ink musings to studies for major works of art. The array of sketches assembled by Schram was borne out of a fascination with the lesser known personalities of historic greats.

Together, they reveal the private sides to some of the greatest artists of the twentieth century, including Edgar Degas, Paul Klee, Emil Nolde, Félix Vallotton, James Ensor, Camille Pissarro, Lyonel Feininger, Alfred Kubin and countless others.

Some forty works from his extraordinary collection will be offered by Sotheby’s in an online sale entitled The Artist’s Sketchbook: Where Inspiration Finds Form. Bidding will be open from 22 May until 4 June.

Schram began collecting in the 1960s, following several eventful decades during which he was Russian prisoner of war, a civil servant in the justice ministry, a banker and a legal historian. Residing in Switzerland, his interest was ignited when his mother, Erika Schicht, gave him a letter written by Napoleon Bonaparte to his wife-to-be Josephine de Beauharnais. Attempting to defuse a furious quarrel, Napoleon writes: “I send you three kisses – one on your heart, one on your mouth and one on your eyes“.  It was an unexpected gift, as Schram had no particular interest in Napoleon other than his more general interest in history at large. The revelation of this intimate side of one of the most important players of modern history enraptured Schram and inspired him to seek out further letters and drawings by prominent figures of history.

Over the course of more than 30 years, Schram amassed a treasure trove of items that filled every corner of the home he shared with his wife Anne Bibot, who shared her husband’s curious and empathetic mind, and played an important role in shaping the character of the collection.

His family recalls how he would repeatedly head off to auctions and return with newly-purchased sketches filling the pockets of his overcoat, and how the works were not put on display. Stored in cabinets, the sketches were not for anyone other than Schram himself, who was guided by a keen sense of the artist’s unique hand and character, and who sought out works that offered an insight into an intimate moment of thought and creation. His clever, discerning and playful taste is unmistakable in the selection of intimate, small-scale works that are now coming to auction.

Highlights in the sale include: