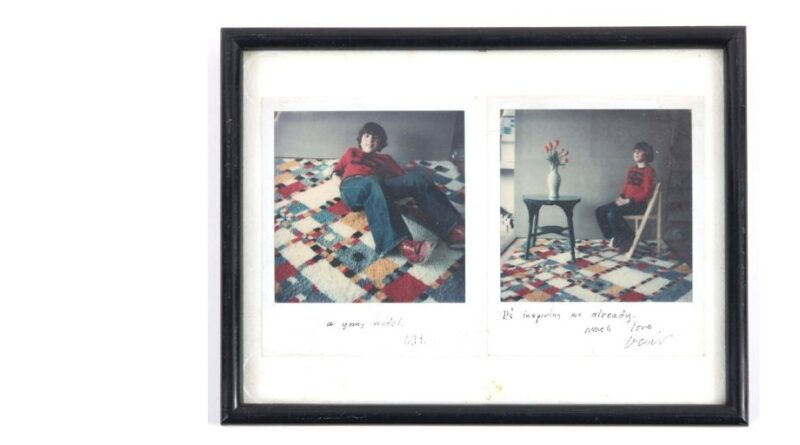 A pair of David Hockney polaroids and related items from the estate of the painter’s former muse will go under the hammer in an online sale next month.

Charterhouse Auctions two-day online sale will include pieces from the estate of the late Ann and David Graves, such as a pair of polaroids taken by Hockney. Ann was the artist’s muse for many years, while David worked as his studio assistant. 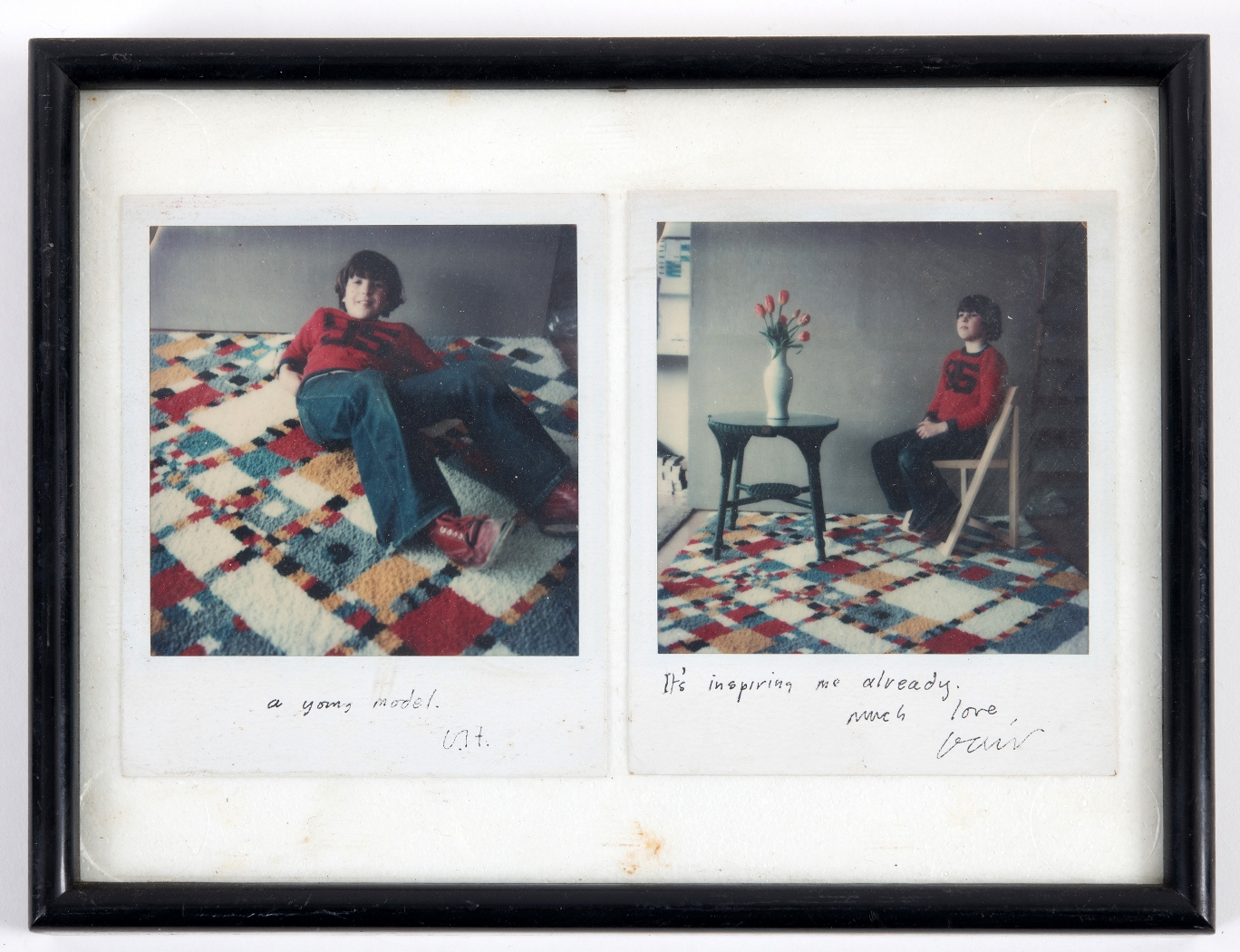 Elsewhere in the sale, an eclectic collection of items from an old Somerset rectory invest it with a country house feel. These include a large amount of 18th and 19th-century furniture and furnishings, including a pair of 18th-century style lead dogs which stood guard in the hallway, There is also a late 20th-century L S Lowry print of a beach scene.

“There is a fascinating selection of lots from a 7th–century BC Cypriot earthenware jug to Regency furniture, Victorian portrait pictures and modern 20th-century furnishings with Lalique glass and a Mies van der Rohe Barcelona table,” commented auctioneer Richard Bromell. “And if none of these take your fancy, then a Cartier 18ct white gold and diamond bangle or a John Deere ride on lawn mower just might.”

Other lots of note include a collection of 17th-century and later maps, a fine George III satinwood Pembroke table and a pair of late Regency hall chairs.

The online auction will take place on June 4 and 5.