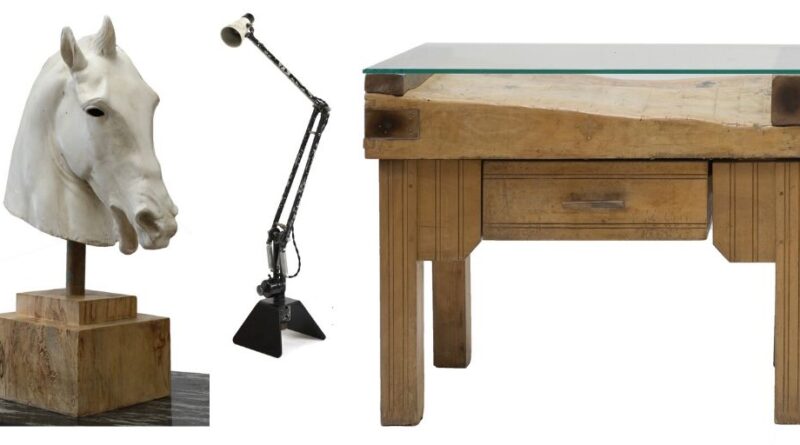 Rejuvenated antiques featured on the popular Quest TV show Salvage Hunters: The Restorers come for sale at Sworders auction house next week. The ‘trash to treasure’ items, that range from a table used at garden parties at Buckingham Palace to a Second World War ‘anglepoise’ lamp used in a Lancaster bomber, were chosen by a team of reputable antique dealers, and brought back to life by a range of talented restorers across the UK.

The antique dealers who feature on the program travel the length and breadth of the country in search of weird and wonderful objects. However, it is often the team of skilled craftsmen – blacksmiths, carpenters, sculptors, gilders and upholsterers – that are responsible for giving old and rare finds a new lease of life. Salvage Hunters: The Restorers, goes behind-the-scenes with their expert team to see what it really takes to transform junk into gems.

Some of the 25 pieces in Sworders’ Fine Interiors sale on July 21 and 22 have undergone a dramatic transformation.

For a 19th century plaster cast of a Roman bronze horse’s head, which has an estimate of £1,000 to £1,500, this meant a replacing both the missing jaw and an ear, while four mid-20th century pendant ceiling lights designed by Danish designer Svend Aage Holm Sørensen have been fully refurnished after years in a hoarder’s barn. They carry an estimate of £2,000 to £3,000. 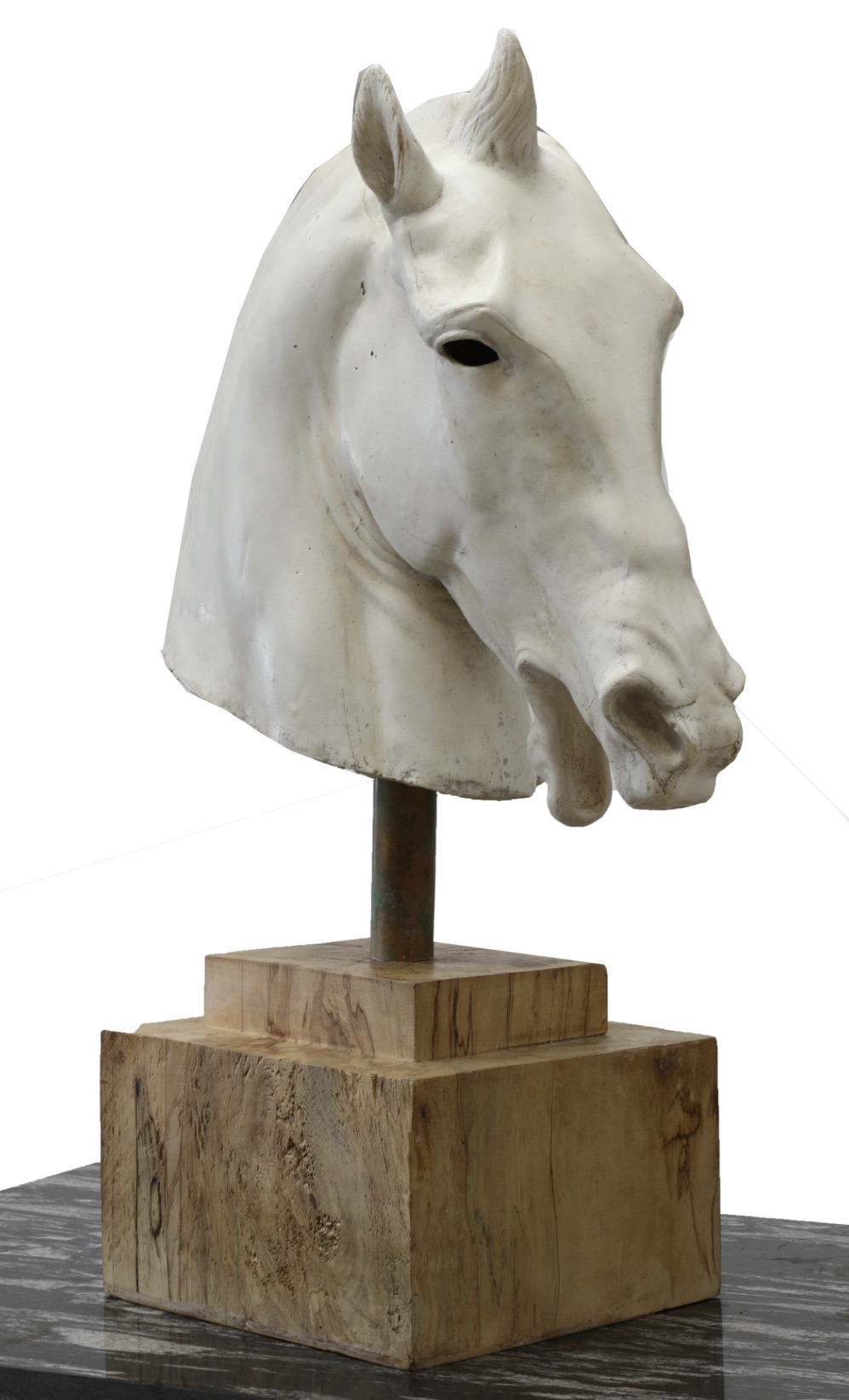 Often the skill of a good restorer is to refresh a piece while maintaining its character and aged look.

A member of the production team explained the process of renewal for a 1920s French Art Deco butcher’s block. “Due to the incredible wear on the block, this has been preserved with a bronze resin infill, and a flat piece of glass has been added to create a stunning yet functional piece. It’s a marriage of traditional and contemporary design. Should the next owner end up being a bit of a purist, they can simply remove this top section and enjoy the original base.” 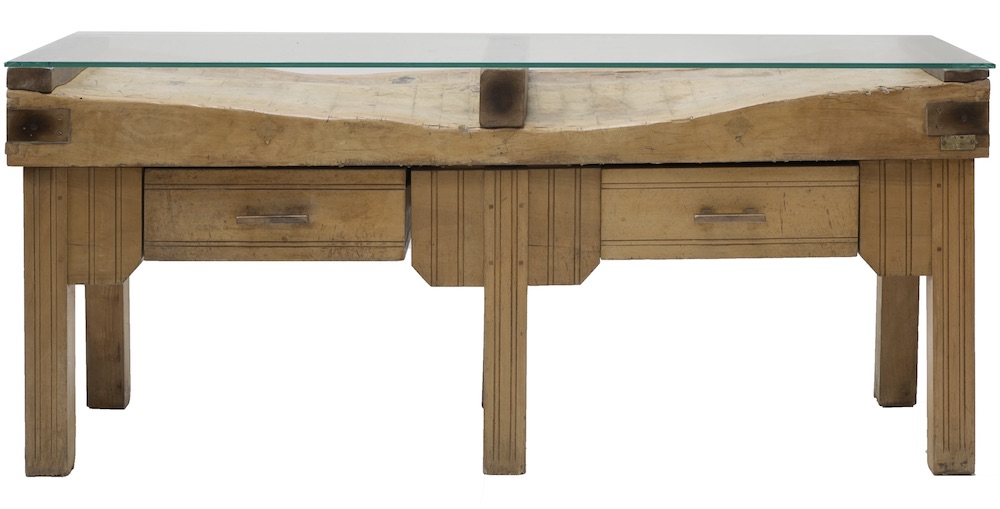 Also upgraded for use at home was an original Second World War era ‘Anglepoise’ lamp as used to aid navigation in the Avro Lancaster. Only 80,000 of these lamps were made by Herbert Terry & Co. and very few are left today. The lamp has been restored sympathetically, with the addition of a new base and a replacement shade. The estimate is £200-300. 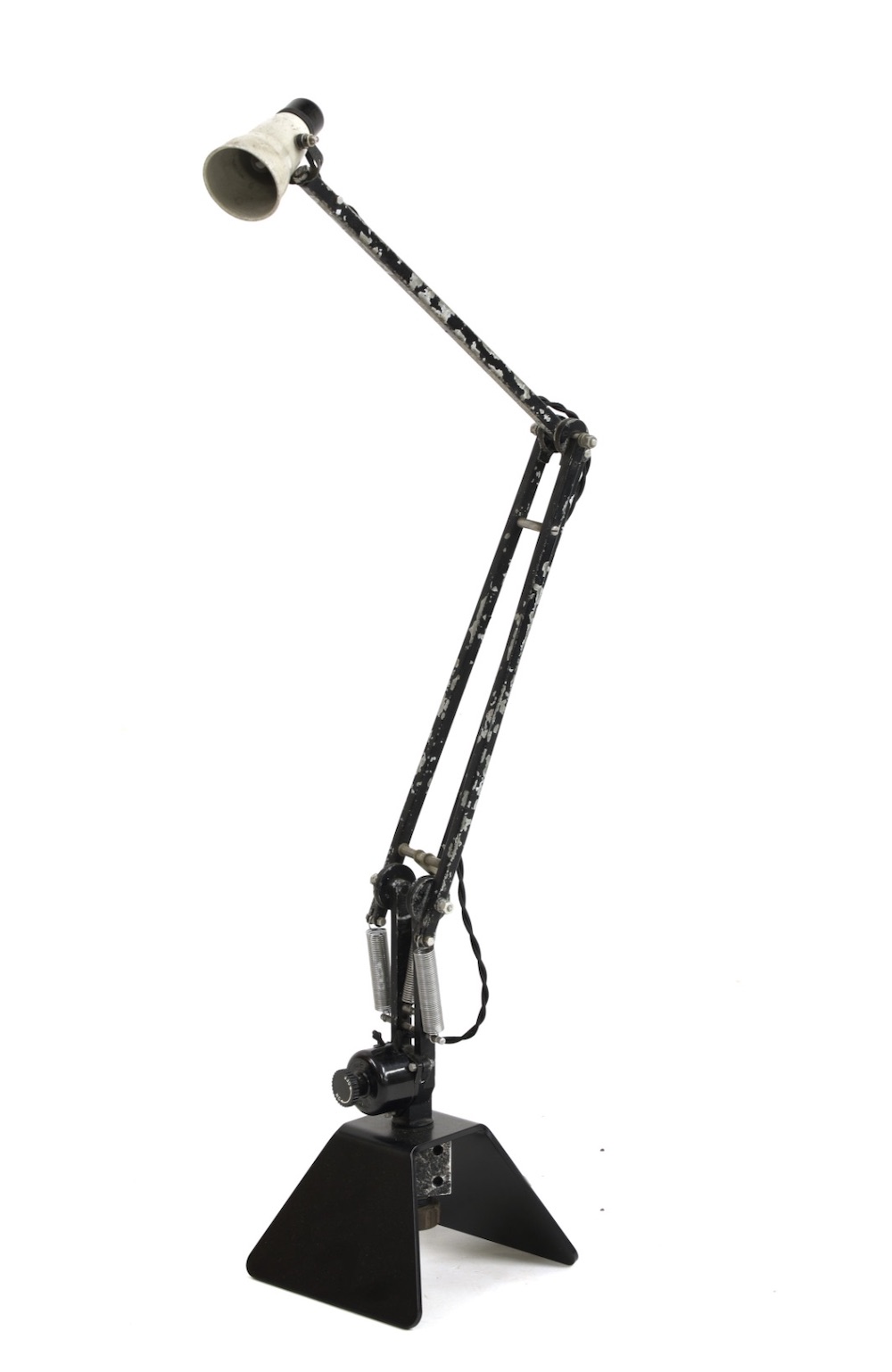 Elsewhere in the sale, two items have a royal connection. A reconditioned early 20th century Gladstone bag carrying the name of Prince George Yourievsk, the illegitimate son of Tsar Alexander II, is expected to bring £300-500.

A massive circular limed oak dining table found in an outbuilding in  Sandringham in Norfolk is one used at summer garden parties at Buckingham Palace. Kept in storage shed during the Blitz, the table has an ‘MCC’ stamp on it suggesting that Marylebone Cricket Club once borrowed it for test match cricket at Lords. At 10ft wide it was too large for most households, so – in addition to the replacement of rotten timbers – it has been redesigned with screw-in legs and can also be set up as two stand-alone tables.