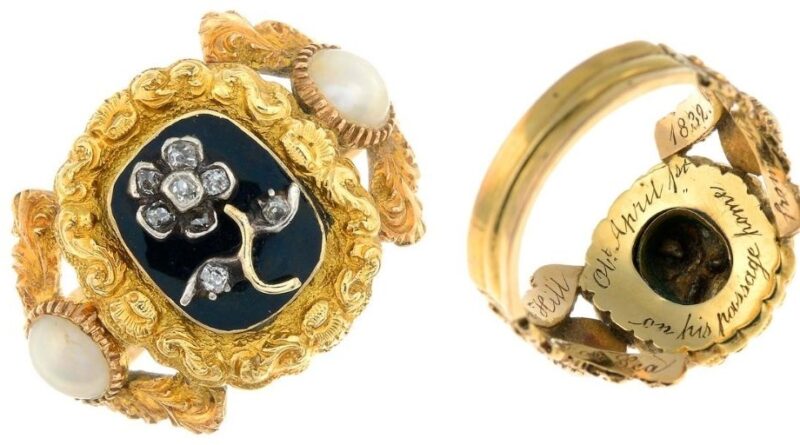 A mourning ring dedicated to a man who drowned at sea is up for auction at a Birmingham auctioneers.

The William IV 18ct gold old-cut diamond, split pearl and black enamel ring features in Fellows’ Jewellery Sale, on August 20. The elegant piece of jewellery has ‘Dedicated to John Hill who drowned at sea on his passage home from the West Indies’ inscribed on the back, with hallmarks for London, 1832. The ring has an estimate of £400 – £600. 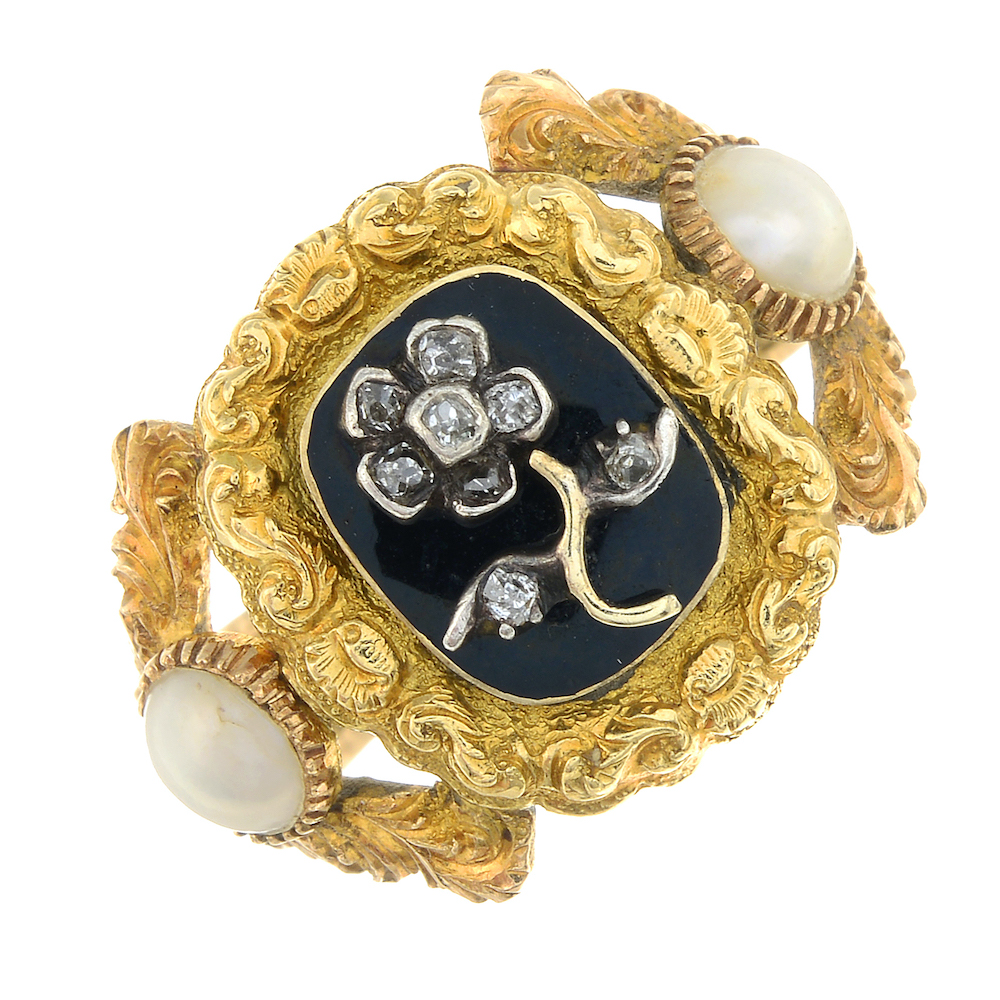 This sentimental mourning ring, characterised as mourning by the black enamel is a touching tribute to a loved-one, lost at sea. According to the inscription on the back of the ring, John Hill drowned in an 1832 shipwreck, sailing across the Atlantic. A report in the Caledonian Mercury (Lloyd’s List), published on June 2, 1832, notes that “The War Hawk” was abandoned on route from Demerara to Jersey – on 1st April 1832.

After being water logged and abandoning the ship, the crew then arrived at Boston, Massachusetts. It is believed that John Hill perished during this catastrophe. The mourning ring has ‘obt 1st April’ inscribed on the back, marking the date of John Hill’s demise at sea. 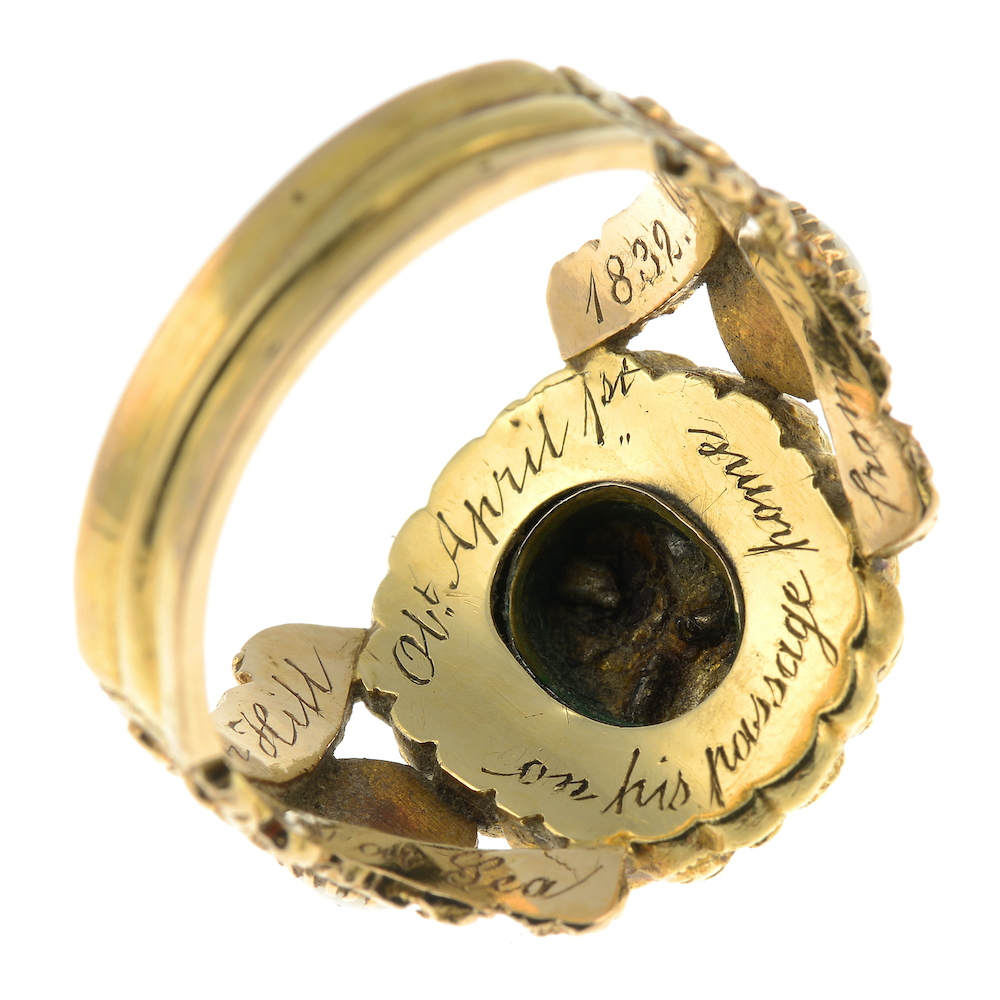 Fellows’ August Jewellery sale is live on the website now. The timed, online-only auctions includes just under 800 lots of jewellery in a variety of shapes, sizes, and ages.

Emma Testill, Jewellery Catalogue Manager at Fellows Auctioneers, said: “This historic mourning ring features captivating inscriptions which I’m sure all will entice all jewellery lovers. The provenance relating to John Hill adds to the fascinating past of this ring which is beautifully designed. It features as a highlight in our 20th August Jewellery Sale which is set to be another in-demand timed, online-only auction.”