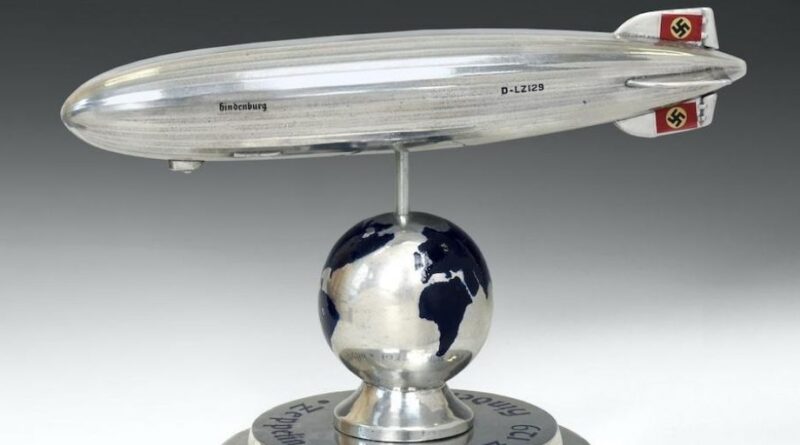 A strong selection of aviation memorabilia looks set to fly in an upcoming militaria and ethnographica sale in North Yorkshire next month.

Rare lots of Zeppelin interest at Tennants Auctioneers include an aluminium exhibition model of the Hindenburg Zeppelin (estimate: £3,000-5,000 plus buyer’s premium). The Model comes with provenance from the sale of The David Kirch Collection of Zeppelin and Airship Memorabilia in 2012; Kirch, a businessman, collector and philanthropist assembled the world’s largest collection of Zeppelin memorabilia, which he sold in aid of his Charitable Foundation. 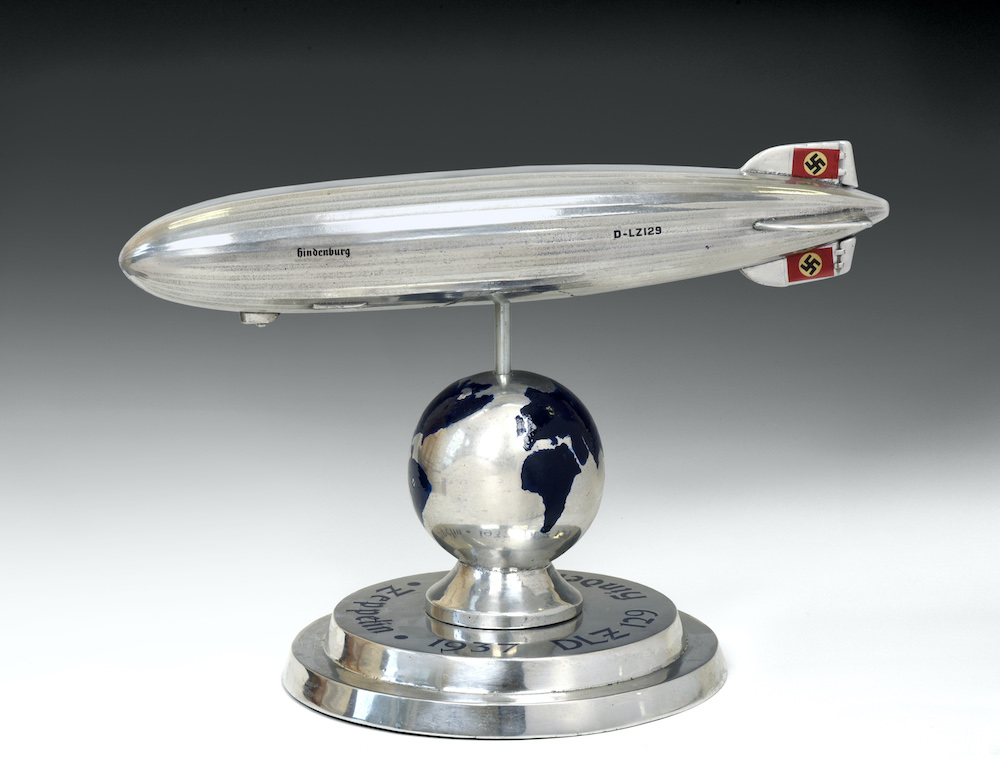 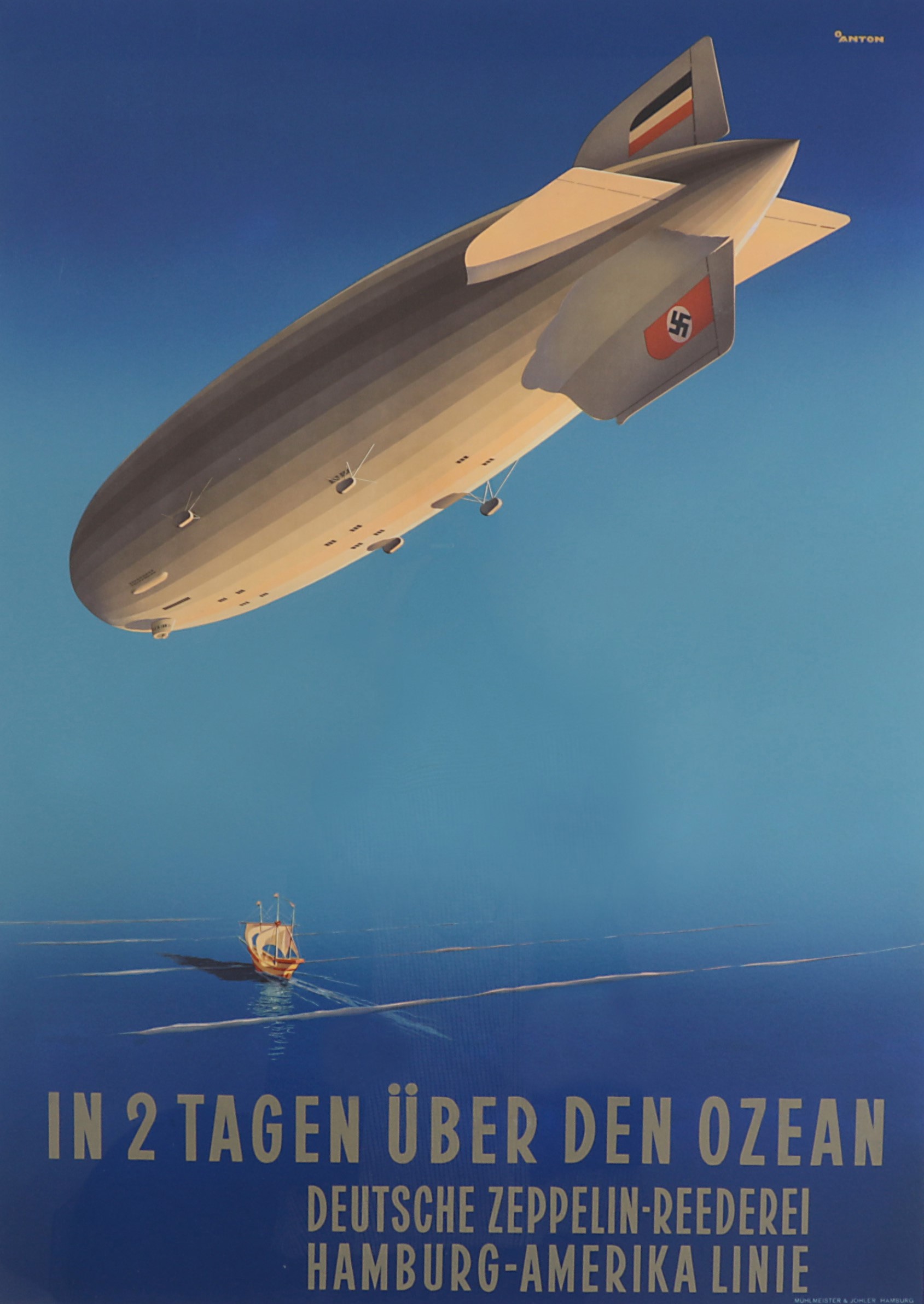 Also of interest is a collection of ephemera and photographs relating to airships, with an estimate of £200-£300, and an Anti-Zeppelin Flechette or Aerial Dart, estimated at £300-£400. Flechettes were used by both the German Zeppelins to drop on enemy troops and by British pilots to drop onto Zeppelins.

Consigned by another vendor, coincidentally, is a sepia vignette photograph of RFC Pilot Lieutenant William Leefe Robinson, standing before his biplane. It carried an estimate of £100-£150). Robinson, at the age of 21, became the first airman to shoot down a German airship. On the night of September 2/3, 1916, Robinson was patrolling over Hertfordshire when he strafed the Schutte-Lanz SL11 airship with incendiary bullets during the largest airship raids of the war. His actions established a fighting technique and marked a turning point in the battle against Zeppelins; Robinson proved became a national hero overnight and was awarded the Victoria Cross.

Among further lots of aviation memorabilia and history are two early 20th-century propeller blades, each offered with an estimate of £2,500-£3,500. Wooden propellers from the early years of aviation are one of the most collectable items at auction. On offer in this sale are a Bleriot two blade aeroplane propeller, built by Lang Propeller Ltd, and a Chauvière two blade integral aeroplane propeller. Chauvière was the first to design propellers constructed from laminated planks of wood – a sophisticated advance that produced a stronger, more stable propeller.

Two French World War I altimeters are on offer, too, including a model by Naudet & Cie of Paris, estimated at £600-£800). Dating from World War II is a scarce tail wheel for a Mk.I/Mk.II Spitfire Supermarine aeroplane, with provenance from Walney Island Airfield, Cumbria, circa 1942, estimated at £180-£250.