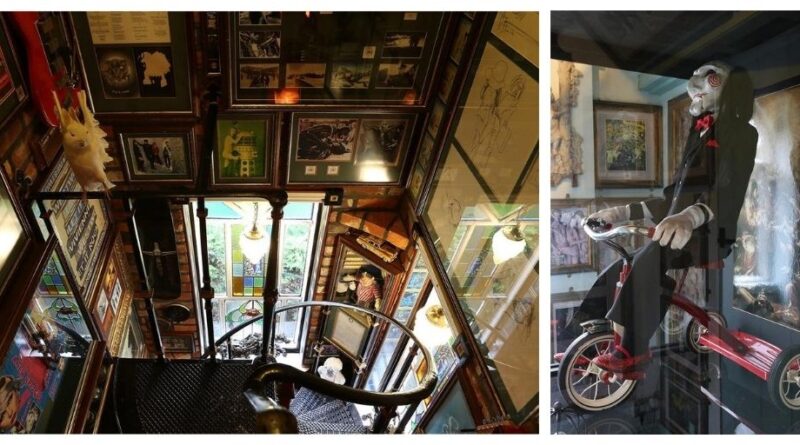 An Aladdin’s Cave of the historic, rare, bizarre and jaw-dropping put together over decades by the dynamic and dapper artist and businessman, Tony Parker, is set to sell in a Surrey auction house this month.

Tony, who died aged just 70 last year, is a fine example of the ultimate collector. His home in the south of England was covered wall to wall, ceiling to floor in his beloved rock, pop and entertainment memorabilia – especially linked to The Beatles – as well as the historical, the quirky and the quaint. From gold discs and musical instruments, to movie costumes and photos of the stars, as well as an extraordinary range of taxidermy, he had it all, with countless additional items of interest from many and varied fields.

Elsewhere, a vampire hunter’s kit, a fossilised penis bone from a walrus, a Star Trek latex Borg mask and original memorabilia from the TV gameshow Bullseye all form part of the display. 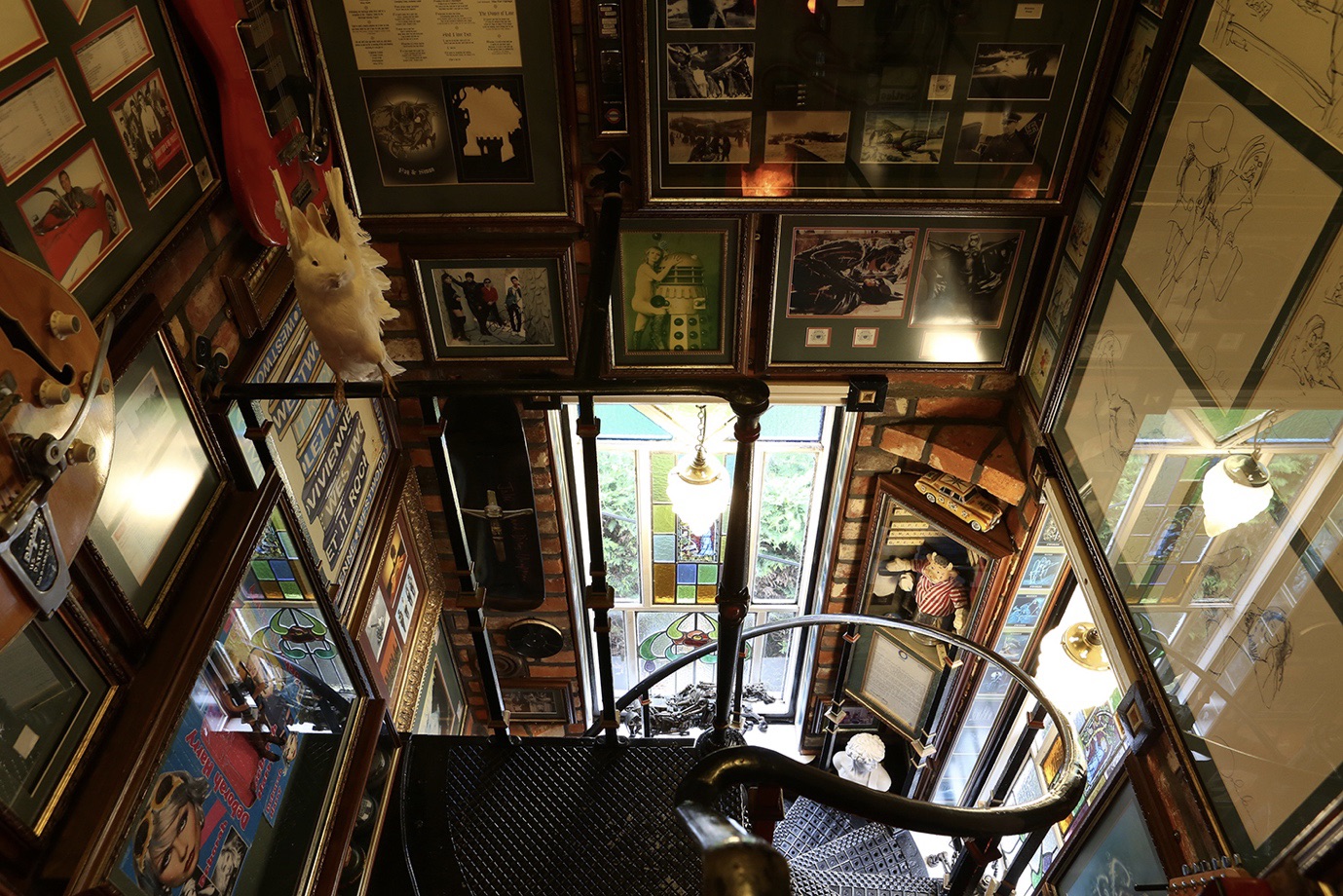 Tony Parker’s daughter, Fay Capstick, explained what made her father such an obsessive collector and extraordinary character. “He was an eccentric and ever inquisitive, whether about space, history or the paranormal. But he was also a musician and would-be pop star. I think once he started collecting and filling the house, particularly when he did the top floor extension, it became an all-consuming passion and he loved to see everything he owned right in front of him.”

The house, as remarkable as the collection itself, became a landmark in the village of West End near Southampton, as Tony added to it over the years. The garden, dominated by a pond, with statues, architectural pieces and even a parking meter and a telescope from the promenade Isle of Wight ferry, became as much a talking point as the stained glass, turret and gothic features with which he dressed the property. 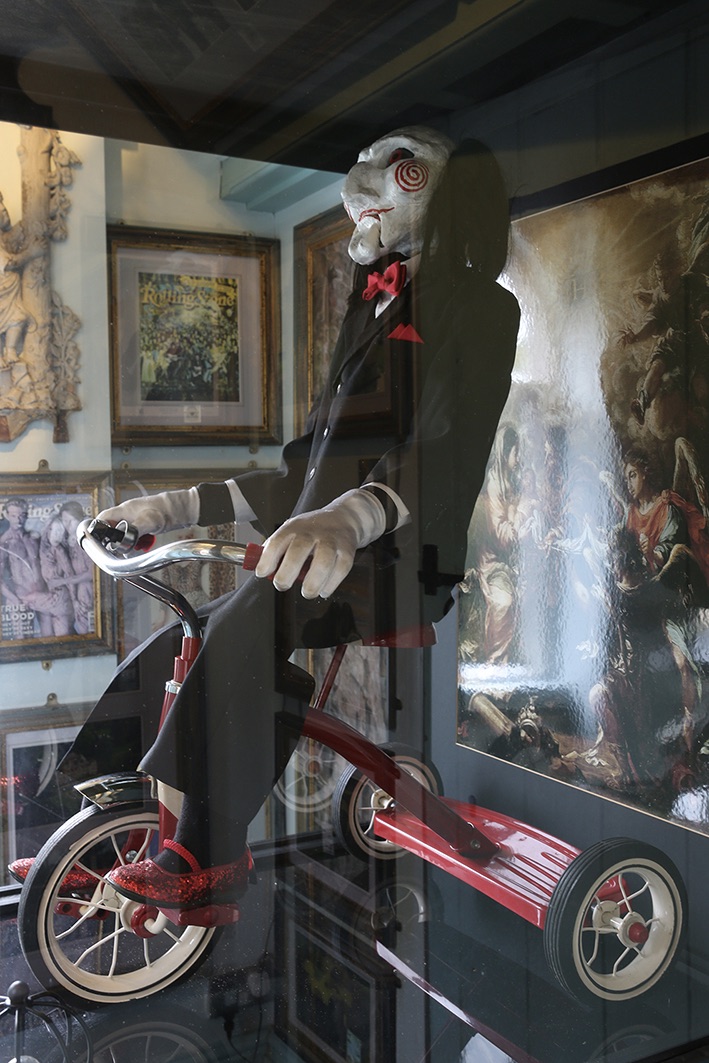 On the inside, he made the most of every inch, commissioning a friend to make cabinets and frames for everything, including an extensive collection of taxidermy, whose bespoke cases slotted into each other to fit some of the quirky corners found there.

This was the setting for the Parkers’ annual Halloween party – one of the great events of the village – with Tony Parker himself at the centre as the Master of Ceremonies. “It was a bit like Willy Wonka, with the house as the chocolate factory and all the children coming to visit for Halloween,” explained Fay.

Tony continued to make his mark at his funeral, with a Beatles coffin and horse-drawn hearse. Now the Magical Mystery Tour Auction marks the completion of his life’s work as a collector. “Really that house is my dad’s brain exploded,” said Fay. “Every corner captures a piece of his restless and energetic imagination.”