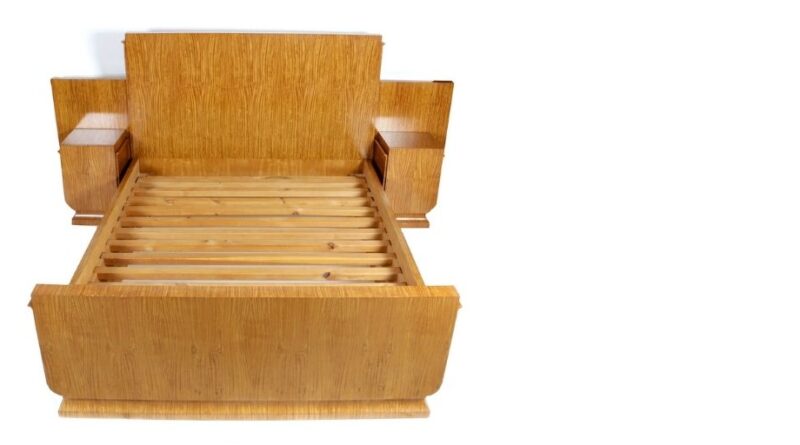 A bed from Elton John’s London property is going under the hammer at a Birmingham auctioneers.

The Art Deco style figured satinwood veneered double bed is ‘still standing’ at 161cm high, despite being moved around in recent years. 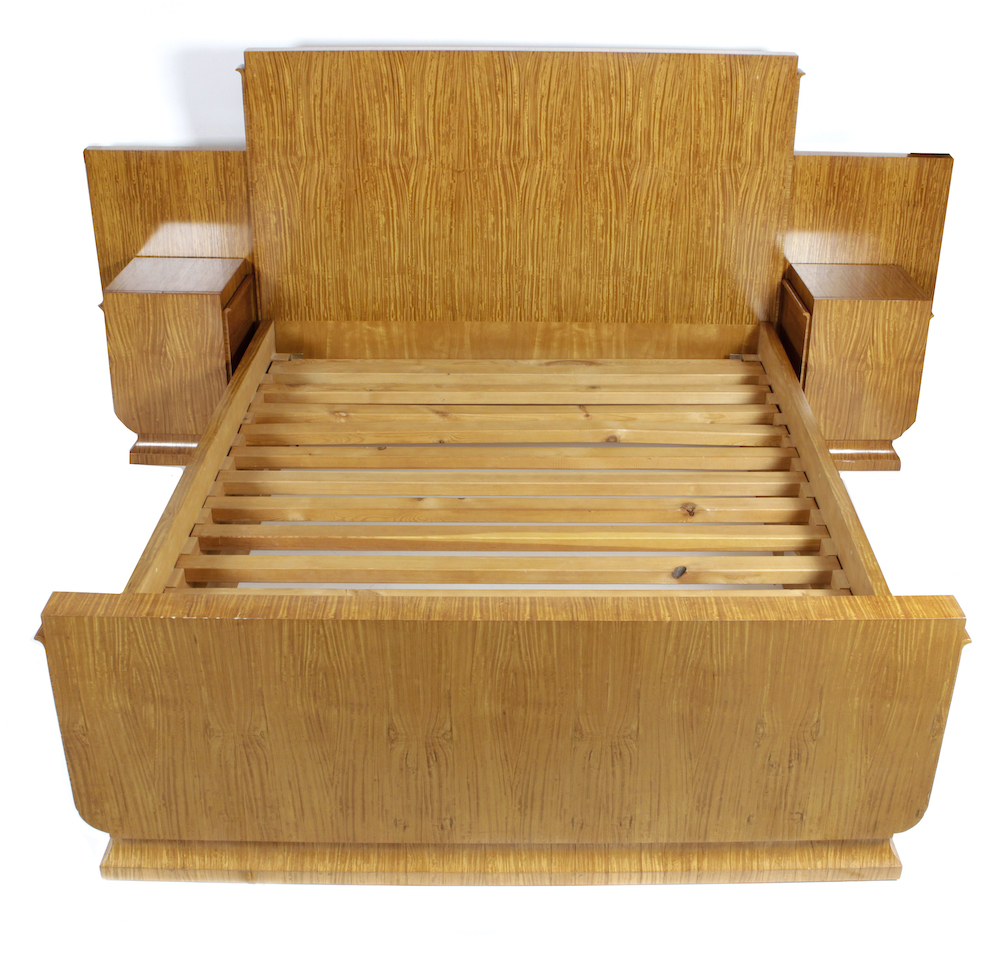 The bed was originally sold in a 2003 Sotheby’s auction entitled ‘Elton John and his London Lifestyle’, where the quintuple Grammy Award-winning musician sold off large quantities of his home to implement a more modern style. The bed features a stepped headboard flanked by two bedside cupboards.

The bed, features in Fellows’ Antiques, Silver & Collectables sale, and still retains the label and lot number from the Sotheby’s auction 17-years ago in 2003. It has an estimate of £300-£500.

It is not known which room from Elton John’s property this bed is from, however the pop star has hosted many guests at his homes, including the likes of former President of the United States, Bill Clinton.

Also up for auction from Elton John’s property is a pair of Versace Rosenthal Wild Flora ice pails. The lot also featured in Sotheby’s 2003 auction and includes a catalogue in which the item was listed. The ice pails feature white glazed grounds printed with lilies entwined around classical columns, and carries an estimate of £300 – £400. 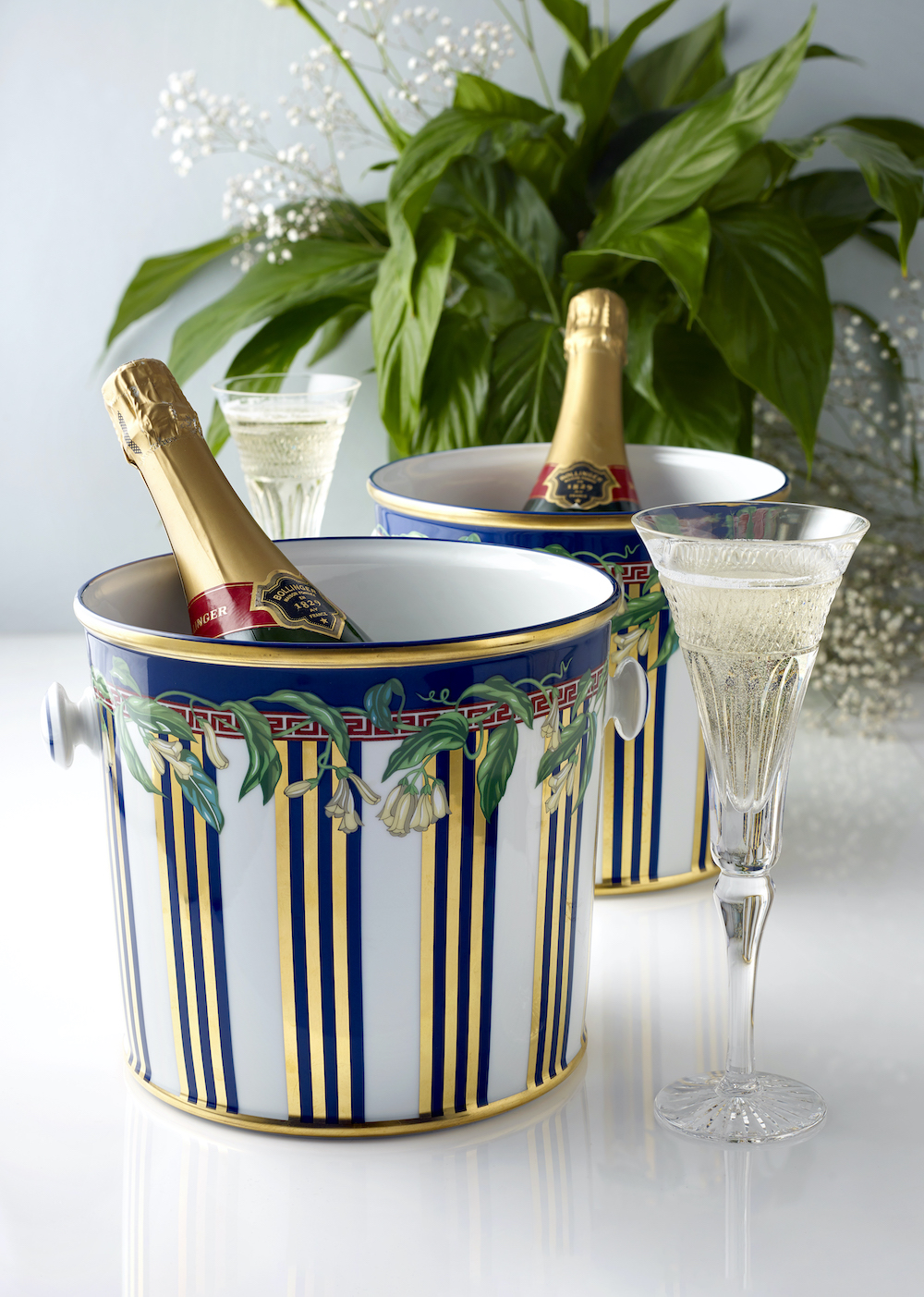 Kevin Jackson, Auctioneer & Senior Specialist from the Antiques Department at Fellows, said: “These items from Elton John’s London property are some of the more quirky and peculiar lots we have had go under the hammer in recent years. The luxury of working in antique auctions is that you never know what’s going to come through the door. With Elton John being such a prominent, world-renowned musician, I am sure these items won’t be short of attention and demand.”

The auction ends on Monday 5th October, Bids can be placed on the item now.