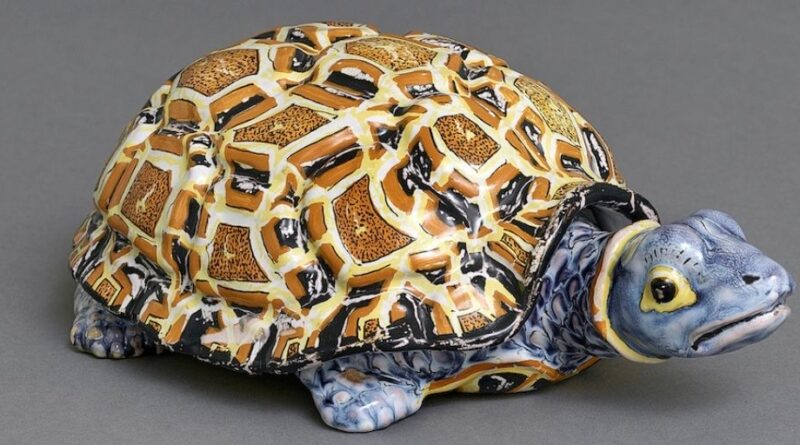 The Brian Haughton Gallery, the London-based specialists in the finest English and European ceramics and works of art, has announced its autumn dates for their annual exhibition entitled A Collectors’ Paradise taking place from November 16-21.

A Collectors’ Paradise has earned a reputation as one of the leading ceramics exhibitions providing an opportunity for the participating specialist dealers to demonstrate their knowledge and skill and unveil their latest discoveries to a discerning audience of international collectors. The three ceramics dealers taking part are Robyn Robb and Brian Haughton Gallery from London and Christophe Pèrles from Paris.

The exhibition takes place in the intimate surroundings of the two-storey gallery situated in the heart of London’s art world.

Christophe Pèrles is bringing a selection of European ceramics covering France, Italy, Germany and Belgium along with many notable pieces of Japanese porcelain including Kakiemon, blue Arita and Imari decoration. An exceptional example is a rare Nevers faience gourd made around 1670.

A similar pair is in the Louvre, Paris. Nevers, a city located in the central region of France, became a significant site of faience production in the early 17th century. The 1565 marriage between Louis Gonzaga of Mantua and Henriette of Cleves, heiress of Nevers, encouraged the production of Italian artisans who had moved to the city and helped establish factories there.

Robyn Robb of Chelsea is showing early English porcelain from the 18th century and a major highlight is an exceptionally rare and small Hans Sloane Chelsea botanical dish finely painted with asparagus, including a tied bunch, and scattered insects including a caterpillar. It was made c 1755 and has the Chelsea red anchor mark. It is priced at £15,000. Another very decorative piece is a rare Bow botanical plate painted with a Jacobean lily and insects circ 1756-58 also priced at £15,000. Today it is much rarer to find Bow plates with botanical decoration than Chelsea ones.

The host gallery, The Brian Haughton Gallery, is showing one of the highest value objects in the exhibition, with a five-figure asking price. It is a very rare German Schrezheim Faience box and cover in the shape of a tortoise, c 1750. The tortoise is poking its head out with a grimace, eyes wide open and outlined in yellow.  These faience boxes and covers were used as sweetmeat and butter dishes.  Brian Haughton is one of the world’s leading authorities of porcelain and pottery and he established The Brian Haughton Gallery in 1964.