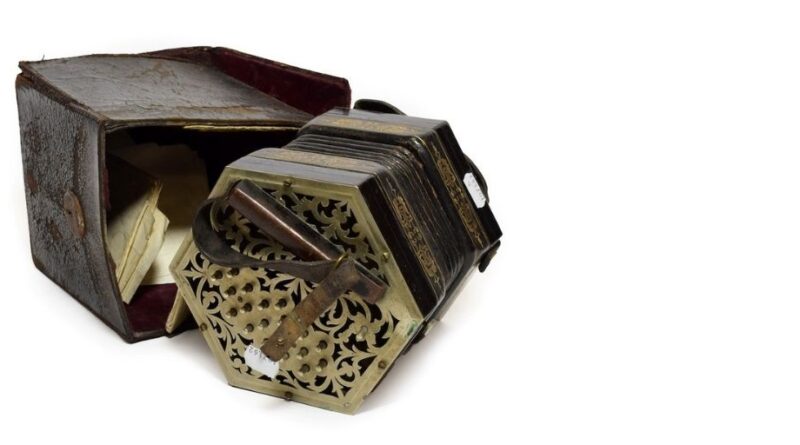 The top lot of the sale at Tennants Auctioneers was a rare Victorian Jefferies Concertina that sold for a hammer of £4,000 against an estimate of £600-800. This was one of the earliest concertina’s seen at Tennants, and Charles Jefferies is regarded as one of the finest makers. 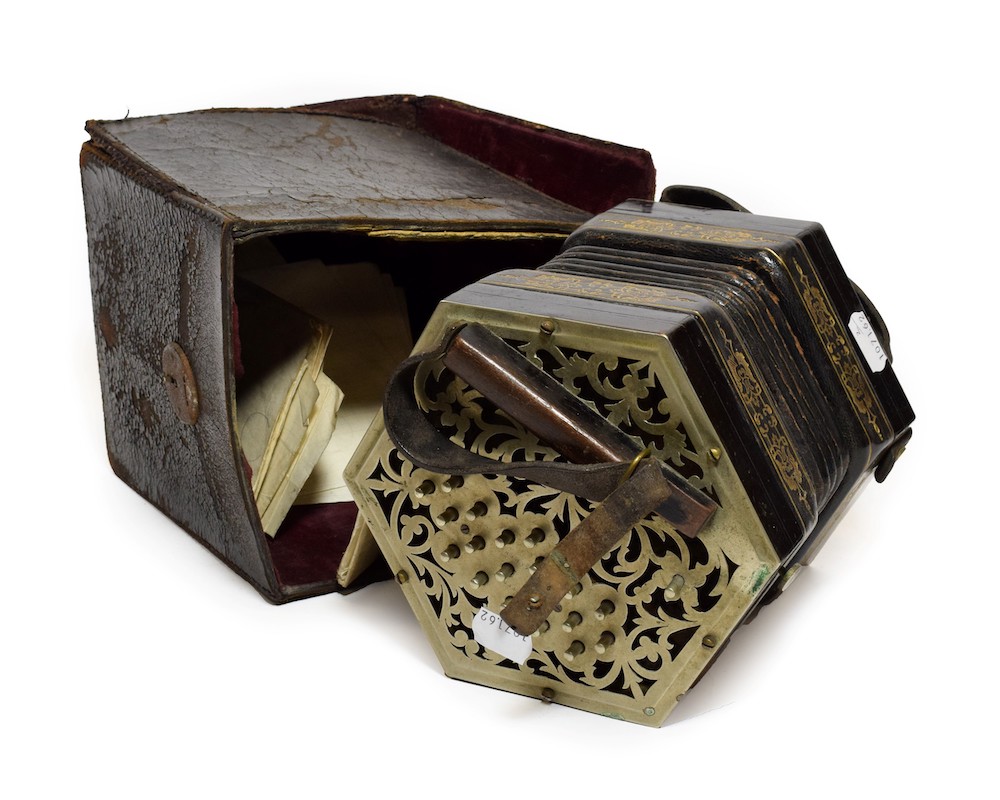 The Scientific section of the sale saw a good, early travelling microscope by Dollond of London sell for £3,400, over ten times the bottom estimate. The microscope was unusually complete and still in working condition. Despite its rather damaged condition, a white glazed Leech Jar drew interest, selling for £850 against an estimate of £60-80.