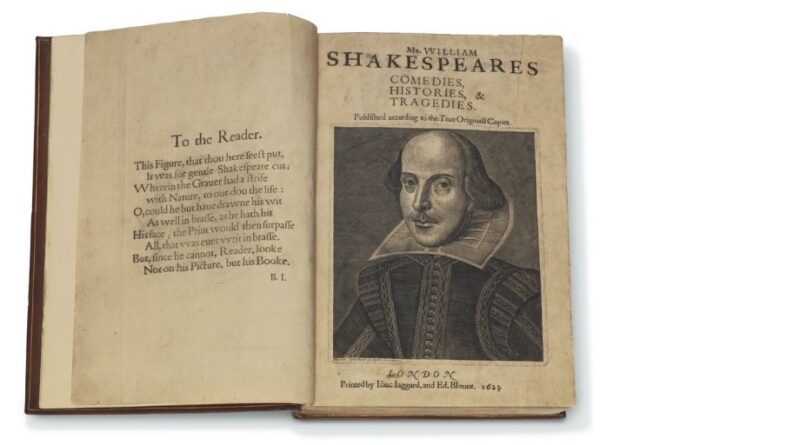 William Shakespeare’s Comedies, Histories, & Tragedies, often referred to as the ‘First Folio’, sold for $9,978,000 (£7,726,610) at Christie’s New York this week – establishing a new world auction record for any work of literature. 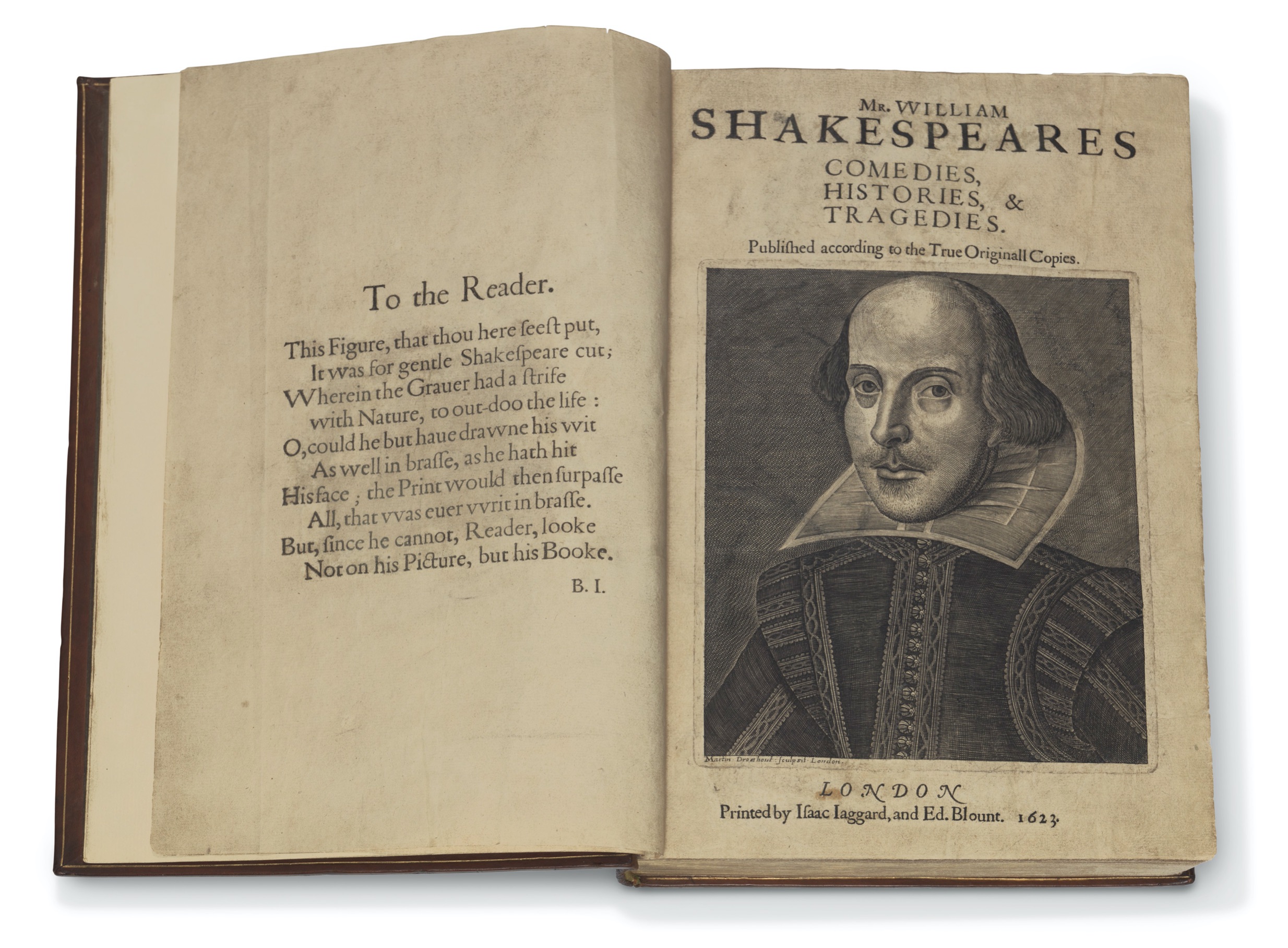 The First Folio, bringing together for the first time the collected plays of Shakespeare, ranks as the greatest work of the English language and, indeed, of world literature. Already celebrated on its first publication, it has remained a highly sought-after masterpiece over four centuries. Only six complete copies are known in private hands.

After six minutes of bidding between two other phone bidders, the First Folio was bought via phone bid by Stephan Loewentheil, who commented: “William Shakespeare is incomparably the greatest writer in the English language and one of most important international cultural influencers in all history. The first Folio is the most important collection of plays ever published and revered throughout the world. It is an honor to purchase one of only a handful of complete copies of this epochal volume. It will ultimately serve as a centerpiece of a great collection of intellectual achievements of man. We at the 19th-century Rare Book and Photograph Shop are pleased you have worked through Christie’s to obtain this wonderful treasure.”

The book was published in 1623 by Shakespeare’s friends and fellow actors, John Heminge and Henry Condell, who collaborated after the writer’s death to compile this authoritative edition of his work.

The First Folio contains thirty-six of Shakespeare’s plays, including eighteen that may have otherwise been lost forever — among the rescued works are Macbeth, The Twelfth Night, Measure for Measure, and Julius Caesar. Heminge and Condell also shaped the way the world would read Shakespeare’s plays by organizing them for the first time into the categories of comedies, tragedies, and histories.

The book’s large size helped elevate the cultural standing of Shakespeare and drama generally, as it assumed an imposing folio format typically reserved at the time for Bibles, theology, and law books.

Margaret Ford, International Head of Group, Books & Manuscripts, London commented: “Christie’s is delighted to have established a new world auction record not only for a work by William Shakespeare, but for any work of literature. It is befitting that William Shakespeare’s First Folio, printed in 1623, holds this remarkable record, given its tremendous significance and influence around the globe.”