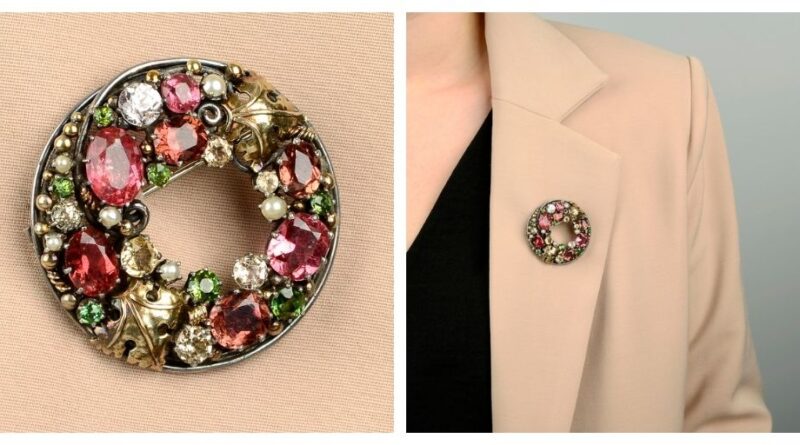 An arts and crafts brooch by Dorrie Nossiter has sold for a total price of £2,424.40 against an estimate of £600 – £800 at Fellows Auctioneers in Birmingham.

The silver and 15ct gold, tourmaline, split pearl and gem-set brooch received lots of bids and eventually sold to an internet bidder for a hammer price of £1,900. 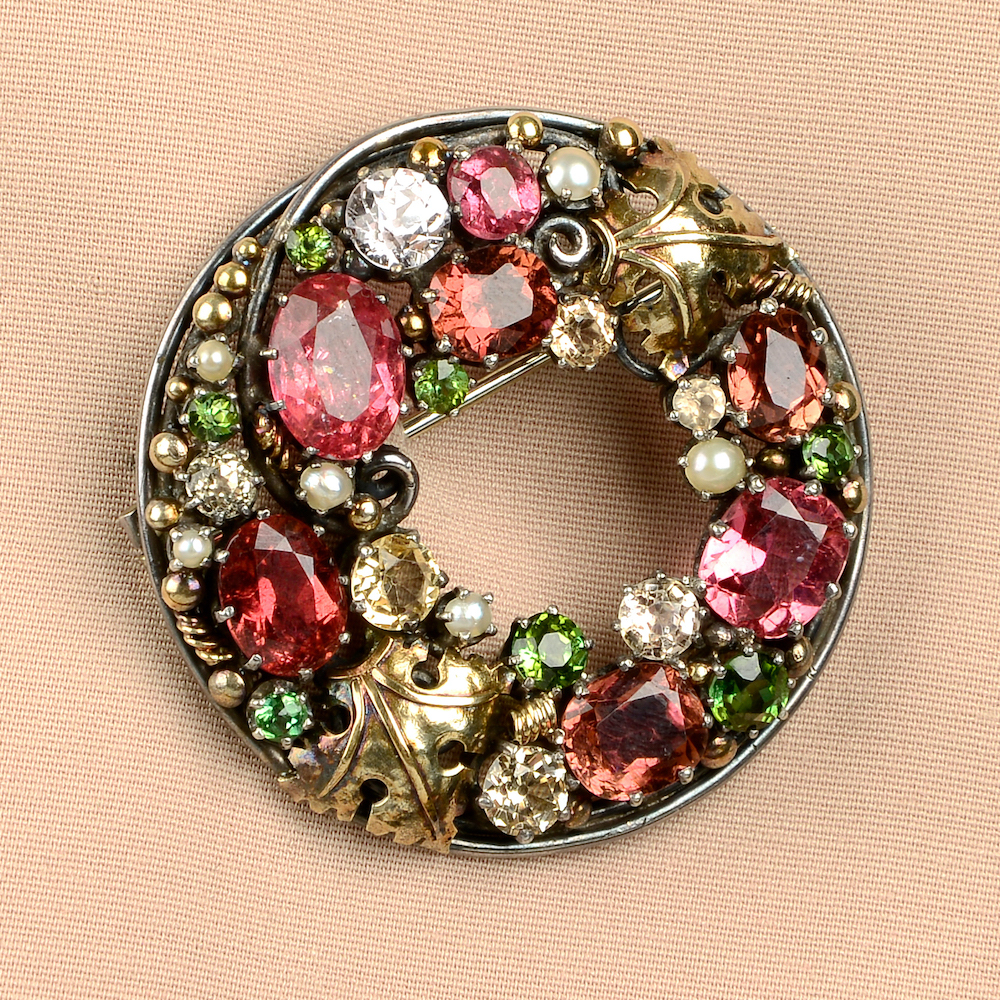 A pioneer in the field of arts and crafts jewellery, Dorrie Nossiter (1893 – 1977) was born in Aston, Birmingham. She is best known for her striking arts and crafts style pieces which incorporate multiple coloured gem stones and different coloured metals to create the floral motifs. This particular stunning example featured a principal tourmaline calculated weight of 2.35cts. 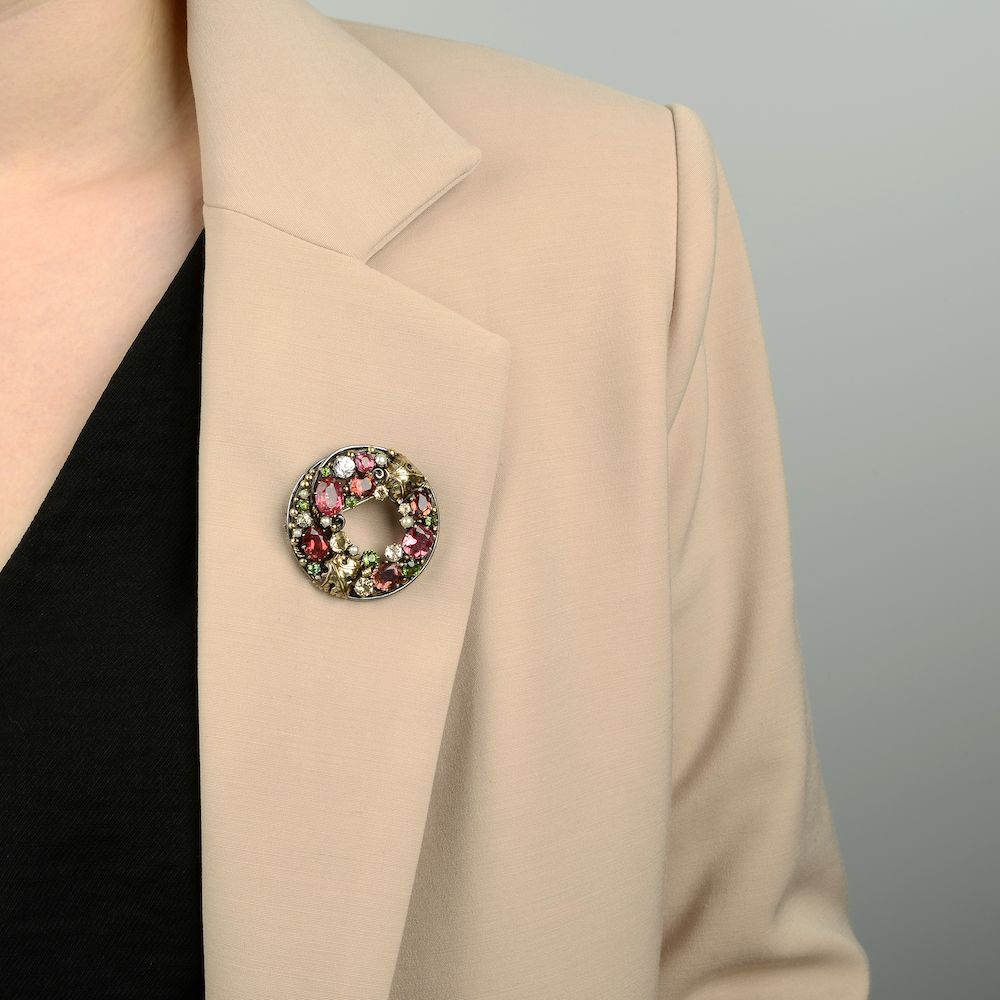 Many years later individuals such as Dorrie Nossiter, who studied at the Muncipal School of Art in Birmingham, went on to create designs of their own. Nossiter specialised in intriguing designs, often featuring sterling silver and gold in her original jewellery.

This elegant brooch sold in Fellows’ behind-closed-doors Fine Jewellery sale, which attracted hundreds of bidders both online and via telephone lines. Such was the popularity of the sale, the auction lasted a total of nine hours – ending at 7pm and generating a total hammer price of £1 million from the 586-lots in the sale.

Nicola Whittaker, Business Development Manager at Fellows Auctioneers, said: “Dorrie Nossiter’s pieces are instantly recognisable from their beautiful originality and design. This sought-after brooch flew above its estimate, selling for over three times its low estimate and becoming a highlight in our hugely popular Fine Jewellery sale. From a personal point of view, it is a delight to see a piece of jewellery with a strong Birmingham connection sell for such a wonderful price.”