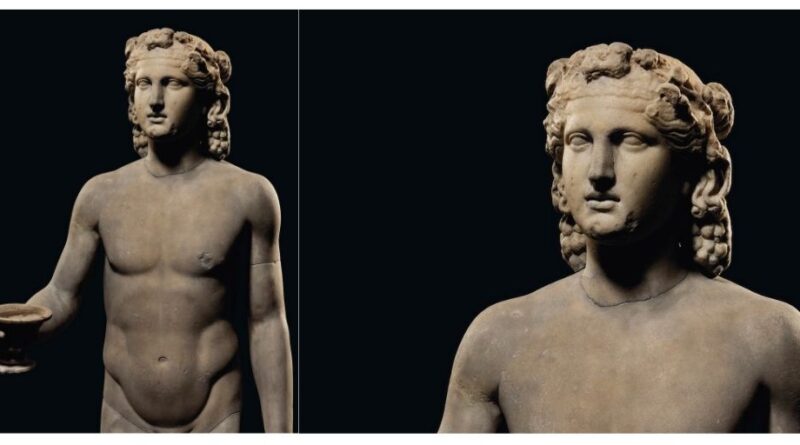 Christie’s Classic Week Antiquities sale on December 16, will be led by a rare Roman marble terminal figure of Dionysus, estimated at £700,000-1,000,000), a rare example of the highest artistic quality with prestigious provenance, dating back to the 18th century.

Sourced in Rome by the Scottish painter Gavin Hamilton (1730-97) for Lord Shelburne (1737–1805); the sculpture formed part of one of the most celebrated art collections of the period, until it was offered for sale at Christie’s London in 1930 and entered the Bergsten Collection in Stockholm. 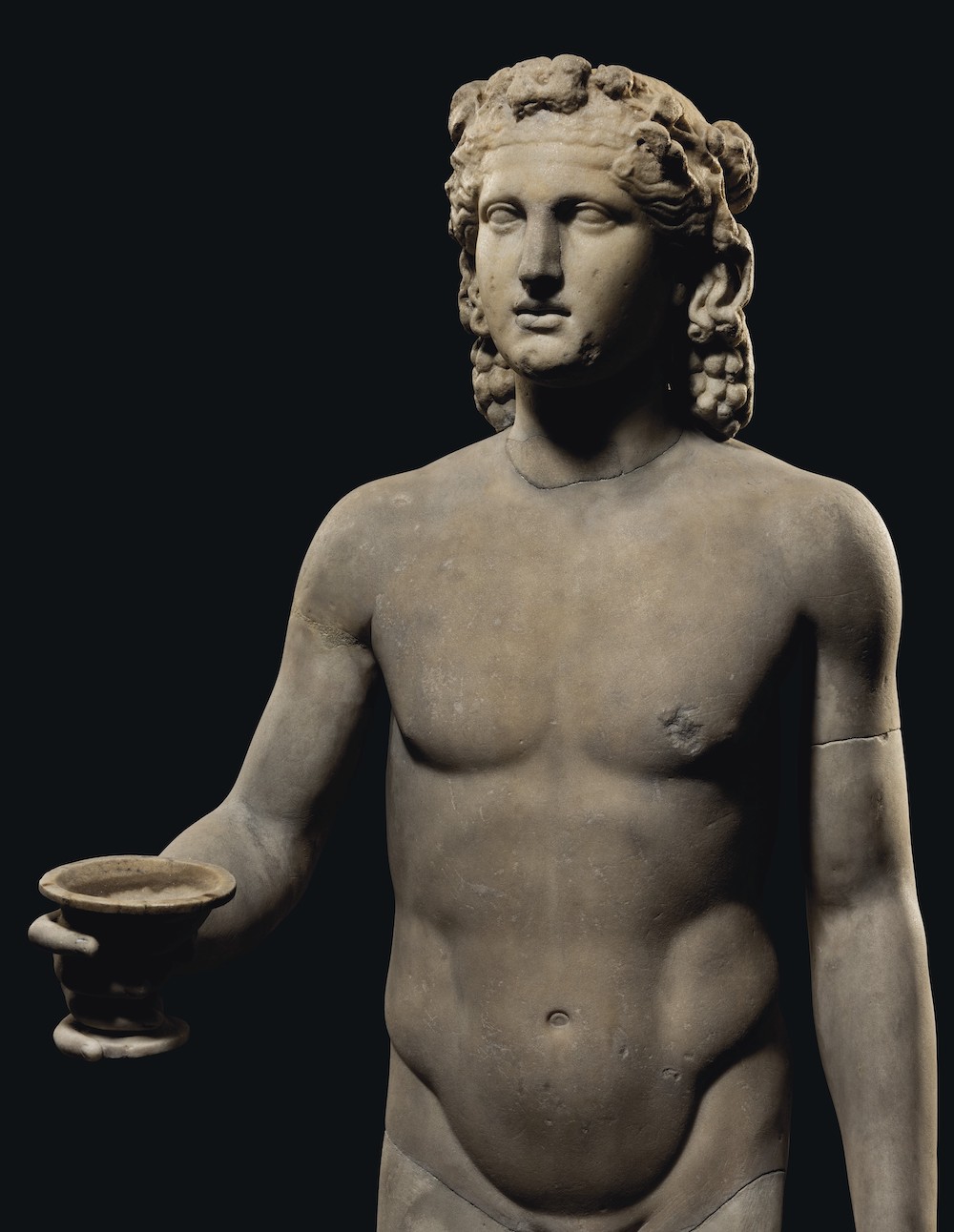 Discovered in 1775 by Gavin Hamilton  at Hadrian’s Villa, Rome, the figure takes the form of a herm, a stone column topped by the head of the god Dionysus, the God of Wine & Festivity. It was then acquired by the statesman William Petty, 2nd Earl of Shelburne and 1st Marquess of Lansdowne for Lansdowne House, Berkley Square, London.

The magnificent building was designed by Robert Adam, and featured an impressive library-sculpture gallery which housed Lord Lansdowne’s vast art collection. Inspired by his trip to Italy in 1771, Lord Lansdowne cultivated his passion for collecting. With the help of his agent, the Scottish painter Gavin Hamilton (1730-97), Lord Shelburne was to become one of the great 18th-century collectors of ancient sculpture.

Born in Dublin in 1737, William Petty, 2nd Earl of Shelburne and 1st Marquess of Lansdowne studied at Oxford University before joining the army c. 1757. He rose through the ranks – becoming aide-de-camp to the new King, George III. After his father’s death in 1761, Petty inherited the title Lord Lansdowne and was elevated to the House of Lords. He was Home Secretary in 1782 and then Prime Minister in 1782–83 during the final months of the American War of Independence. His lasting legacy was securing the agreement of peace terms which formed the basis of the Peace of Paris bringing the American War of Independence to an end.

Following the 1st Marquess death in 1805, the figure passed through the family by descent until it was sold by  Henry Petty Fitzmaurice (1872-1936), 6th Marquess of Lansdowne at Christie’s London on 5 March,1930 to Karl Bergsten.

The Bergsten Collection of Old Master pictures, European furniture, works of art and classical sculpture was formed between 1900 and 1950 by Karl Bergsten (1869-1953), known as Consul General Bergsten, and his wife Karin Dagmar (1876-1960) who furnished their palatial house in Stockholm in the manner of an 18th–century Grand Tourist.

In 1930 they bought seven pieces from the Lansdowne sale through the agency of the established London antique dealer Albert Amor of 31-32 St James’s Street, London. Four of these were large statues, which are included in the sale: Apollo Sauroktonos, Artemis as a huntress, Apollo (now all displayed in the Medelhavsmuseet, Stockholm) and Trajan, now in the San Antonio Museum of Art, Texas.

Out of their seven purchases the figure of Dionysus was the most expensive at £136 10s.