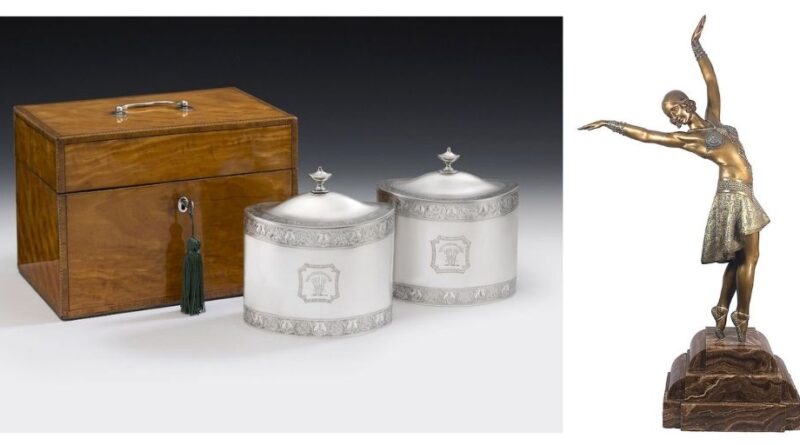 The ninth edition of The Mayfair Antiques & Fine Art Fair that usually takes place annually, at the London Marriott Hotel Grosvenor Square in London, will be in a new guise and can be found online at www.mayfairfair.com and on various social media channels – Facebook @AntiquesDealersFairLtd, Twitter and Instagram @ADFLfairs).

The fair opens on Thursday 7 until Sunday 10 January 2021 with some 43 stands comprising an impressive and diverse mix of art and antique dealers, mainly members of The British Antique Dealers’ Association or LAPADA The Association of Art & Antiques Dealers.

Organiser Ingrid Nilson of The Antiques Dealers Fair Limited said, “Usually the first fine art and antiques fair held in London each year, our fair attracts collectors, interior designer and discerning individuals from around the world. We successfully staged our Petworth Park fair in September, but that was outdoors, albeit in a marquee. This fair, usually being in a 5-star hotel in Mayfair, won’t work that way, so we have decided to safely hold an online version.

“This virtual event opens up our annual London fair to an even wider audience without them even having to leave home, let alone jump on a plane, train or boat or book into a hotel. We will miss interacting with visitors at this event, but hope to be able to meet everyone again in better times. At least as people aren’t spending their time and money visiting London, they may feel inclined to buy something to enjoy or enhance their homes.”

Highlights at January’s virtual fair include the Faulkbourne Hall cased silver tea caddies; an important and very unusual pair of George III tea caddies made in London in 1793 by William Frisbee, all contained within a contemporary velvet and silk lined satinwood case, £14,750 from Mary Cooke Antiques Ltd. Frisbee was in partnership with Paul Storr from 1792 to 1798. From William Cook comes a William & Mary veneered burr and figured walnut bookcase, circa 1695, priced at £38,500.

A monumental signed Emile Gallé first period enamelled vase enamelled with exotic flowers measures 16 inches in height, circa 1890, £6,250 from M&D Moir. Another sizeable piece is an Art Deco bronze figure of a cabaret dancer Vedette by French sculptor Demétre Chiparus (1886-1947). It may be the largest figure that Chiparus designed at 32 inches high. It is signed and for sale from Morgan Strickland Decorative Arts, priced at £25,000. A smaller nevertheless stunning late 19th century signed Daum Frères cameo and enamelled glass vase, Paysage d’Hiver, depicts a deep winter’s landscape of a fiery red morning sky and snow on the branches of trees, circa 1900, £7,500 from Hickmet Fine Arts.

Hearing that lockdown has brought many couples together, engagement rings are currently in demand. A signed Bulgari sugarloaf natural sapphire of eight carats, mounted in platinum with a fine ruby and diamond set each side of the central sapphire comes in its original box, could fit the bill at £18,500 from Anthea AG Antiques. Some impressive jewellery is also for sale from Robin Haydock Antiques, including an English fine late 19th century diamond necklace, set in 18ct yellow gold and silver, which also detaches to reveal a brooch or hair ornament and can convert into a tiara for when we are able to attend special occasions again, circa 1890, £48,500.

There is an unusual Battle of Dunbar silver medal by T. Simon depicting Oliver Cromwell on one side with parliament on the reverse, circa 1650, £3,750 from historic medal specialist Timothy Millett Limited. In the 18th century, the medal was made into a locket, with St George slaying the dragon on the back, containing a mid-17th century enamel portrait on gold thought to be Sir Thomas Fairfax.

Many more unique items can be found at this online event, when it opens in early January 2021 for four days. The Antiques Dealers Fair Limited continues to support the Queen Elizabeth Scholarship Trust (QEST), the charity dedicated to excellence in British craftsmanship through investing in talent, supporting education, sustaining skills and promoting excellence, into 2021.