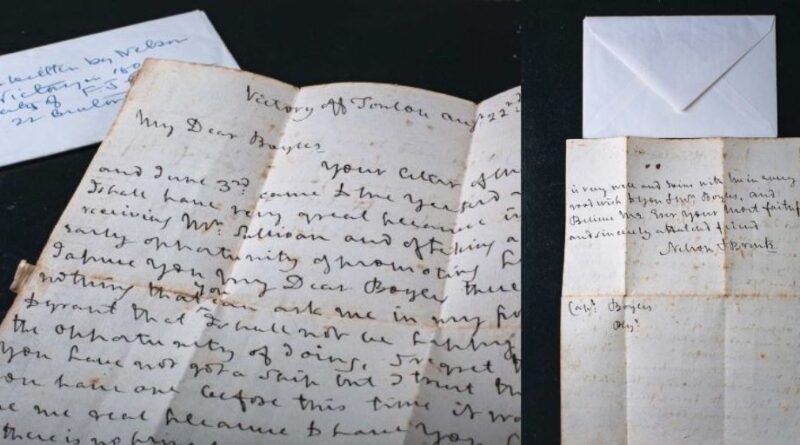 A letter from Admiral Horatio Nelson (1758-1805) found in a London basement is to be sold by auction house, Dawsons, on December 9.

While carrying out a routine collection at a London residence, the team at Dawsons discovered the handwritten letter by the British naval hero.

The letter from Vice-Admiral Nelson is written to Post-Captain Charles Boyes (1756-1816) ad dated August 22, 1803. It was written by Nelson using his left hand, having lost his right arm in the battle of Santa Cruz de Tenerife in 1797. 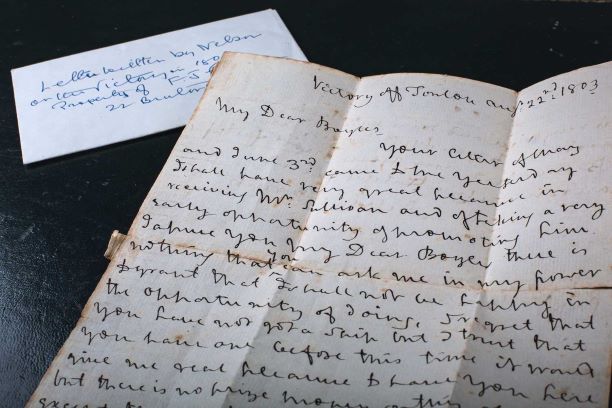 From 1803, Vice-Admiral Nelson was given his most senior appointment at that rank – Commander in Chief, Mediterranean Fleet. It was from this career-high rank that he commanded a blockade of the French and Spanish fleets at Toulon and, after their escape, chased them to the West Indies and back but failed to bring them to battle. Nelson wrote this letter from HMS Victory, ‘off Toulon, August 22nd 1803’, and seemingly just before chasing the French and Spanish fleets across the Mediterranean and Atlantic oceans.

Your letter of May and June 3rd came to me yesterday.

I shall have very great pleasure in receiving Mr Sullivan and of taking a very early opportunity of promoting him. I assure you my Dear Boyles, there is nothing that you can ask me in my power and grant that I shall not be happy in the opportunity of doing. I regret that you have not got a ship but I trust that you have one before this time it would give me great pleasure and have you here but there is no prize money on this station, except through the French fleet which we are most anxiously looking out for. I expect them out every day.

Murray is very well and joins with me in every good wish to you and Mrs Boyles, and believe me ever your most faithful and sincerely attended friend, Nelson & Bronte’. 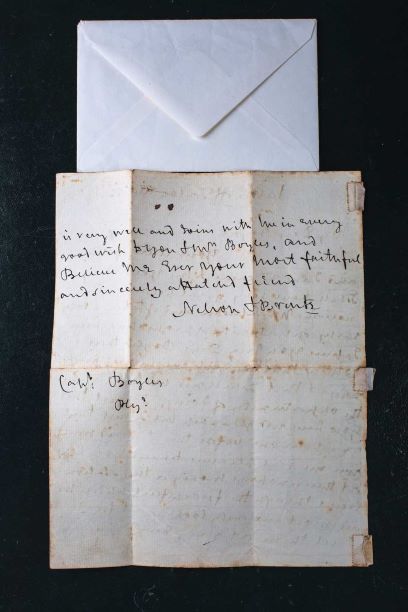 After a brief return to England, Nelson took over the Cadiz blockade in 1805. On 21 October 1805, the Franco-Spanish fleet came out of port, and Nelson’s fleet engaged them at the Battle of Trafalgar.

Nelson’s death at Trafalgar secured his position as one of Britain’s most heroic figures. The battle became one of Britain’s greatest naval victories, but Nelson, aboard HMS Victory, was fatally wounded by a French sharpshooter. His body was brought back to England where he was accorded a state funeral.