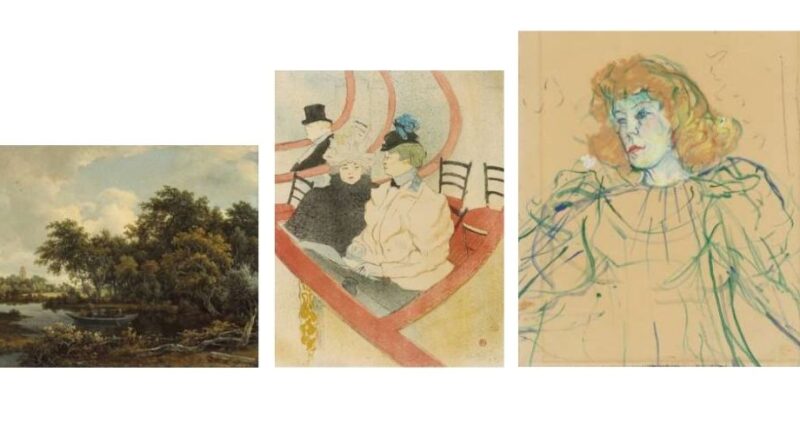 Works from the property of Heirs of Franz Koenigs, the international banker and art dealer, will be sold in a series of sales throughout 2021 by Christie’s, the auction house has announced.

An exhibition of highlights will be presented at Christie’s King Street as a key focal point of Classic Week from December 3 to 16, 2020.

A man of extraordinary energy, accomplishment and taste, Franz Koenigs (1881-1941) combined the busy life of a successful businessman and banker with the passionate pursuits of an innovative and creative collector, notably in the fields of Old Master and Impressionist drawings and paintings, and applied arts.

In total, the collection comprised more than 2,800 works of art, ranging from the 15th to the early 20th Century. German by birth, Koenigs settled with his wife and children in the Netherlands in 1922. Because of the political developments in his home country he obtained Dutch nationality in 1939. His encyclopaedic vision of the history of art is to an important extent preserved at the Museum Boijmans van Beuningen in Rotterdam. The works presented by Christie’s were inherited by grandchildren of Franz Koenigs. They reflect the broad interests of one of the great names in twentieth-century collecting.

Giovanna Bertazzoni, Vice Chairman, 20/21 Christie’s, said: “It is a privilege for Christie’s to present a selection of work from Heirs of Franz Koenigs. As a fitting tribute to the incredible passion, which was very much the founding principle of his collection, the drawings, paintings, prints and objects will be offered throughout our 2021 series of sales. Franz Koenigs was a pioneer of his time who was not afraid to bring together works that spanned centuries and genres.

“With an encyclopaedic knowledge of the history of art, his approach was akin to the concept Medici, in Renaissance Florence, applied to establishing cross-canonical dialogues. Koenigs’ taste slowly evolved, each piece that he acquired led him down new avenues of exploration – a voracious appetite for learning implicitly bound to his love of collecting. We are delighted that his philosophy will be reflected in the breadth of sales at Christie’s in 2021.”

Henry Pettifer, Head of the Old Masters Group, Christie’s, said: “The selection of Old Masters that will be sold in 2021 provide a vivid demonstration of the subtlety and sophistication of this group. A few of the most interesting Old Master paintings and drawings will be previewed at Christie’s King Street from 3 December, along with other highlights from the collection. This includes a number of exceptional landscapes by the leading exponents from the Dutch Golden Age, led by Jacob van Ruisdael’s iconic Tower of Kostverloren on the Amstel (£500,000-800,000), and the exquisite A wooded river landscape with a punt, Deventer in the distance by Meindert Hobbema (£500,000-800,000). The small Kitchen interior may in a way be regarded as Adriaen van Ostade’s ultimate still life’.