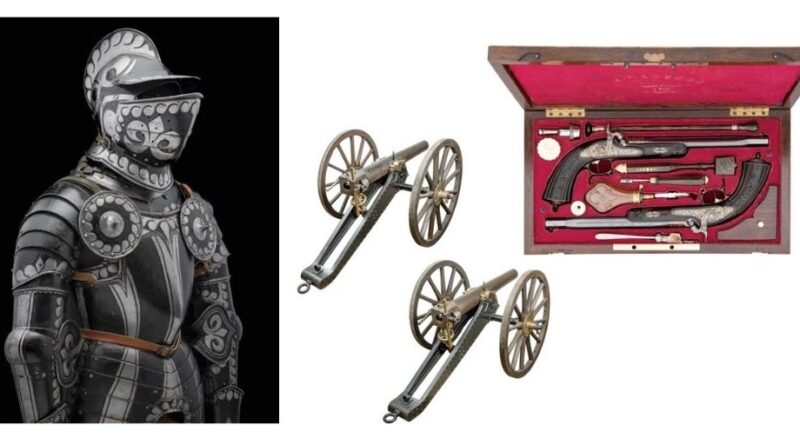 A late 16th/ early 17th-century North German field armour that had been deaccessioned by the Art Institute of Chicago has sold for £57,500 – more than three times its top estimate in an auction of Fine Antique Arms, Armour & Militaria by Thomas Del Mar at Olympia Auctions recently. 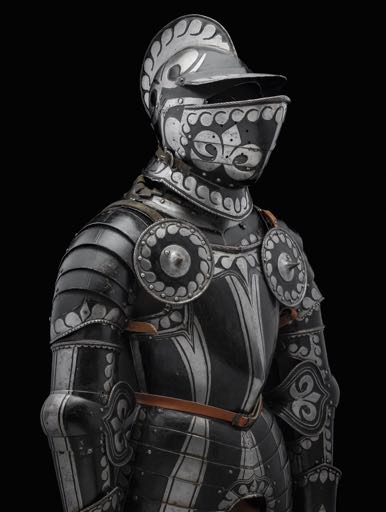 Known as a ‘Black-and-White’ cap-a pie suit of armour, it was one of 23 lots that had been deaccessioned by the Institute. They were from the George F. Harding Collection which was being sold to benefit the Harding Collection of Arms and Armour. It had been estimated at £12,000-18,000 and was bought by a private collector.

Following the sale, which fetched a total hammer of £615,100, Thomas Del Mar commented: “The sale result shows the continued strength of in this market. The top lot was subject to hot competition between a number of telephone bidders and three online platforms.

“Museum provenance continues to have an understandably strong draw which was evident with this lot as was the noble provenance of the Shasqa, previously owned by the Grand Dukes of Baden (sold Sotheby’s 1995) which sold for over double the top estimate. The English and Continental firearms offered included a number of fine cased sets where condition was a driving force in some excellent results.” 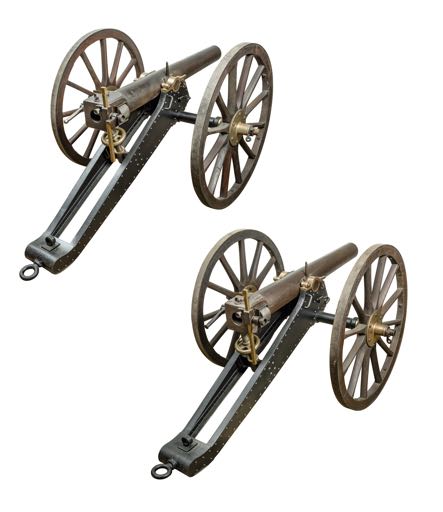 Elsewhere in the sale of more than 260 lots was an exceptionally rare pair of Imperial Chinese cannon from the Nanjing arsenal and dating from 1882. The cannon were an important illustration of China’s self-strengthening movement of the second half of the 19th century. Measuring 126.5 cm, they sold for £36,250.

A Fine Caucasian Silver-Gilt and gold-inlaid ivory-mounted presentation Sabre (Shasqa), circa 1860-90, probably Kubachi  sold for £22,500. It was one of several items from an important private collection and had been estimated to fetch £5,000-8,000.

The Firearms section of the sale did very well with a fine pair of .500 calibre Bohemian percussion rifled target pistols by Anton Vincent Lebeda of Prague, circa 1850, realising £27,500 against an estimate of £10,000-15,000, and among a selection of classic English duelling pistols by distinguished London makers, a fine cased pair of 24-bore pistols dating from 1799 by London-maker Joseph Manton sold for £23,750 against an estimate of £14,000-18,000.

Also of note were two wheel-lock firearms. A composite South German six-shot wheel-lock revolving holster pistol, with the lock bearing the date 1596 sold for £22,500 and a 22 bore Silesian wheel-lock sporting carbine, from the mid-17th century and later fetched £20,000. Both had been estimated at £4,00-6,000.