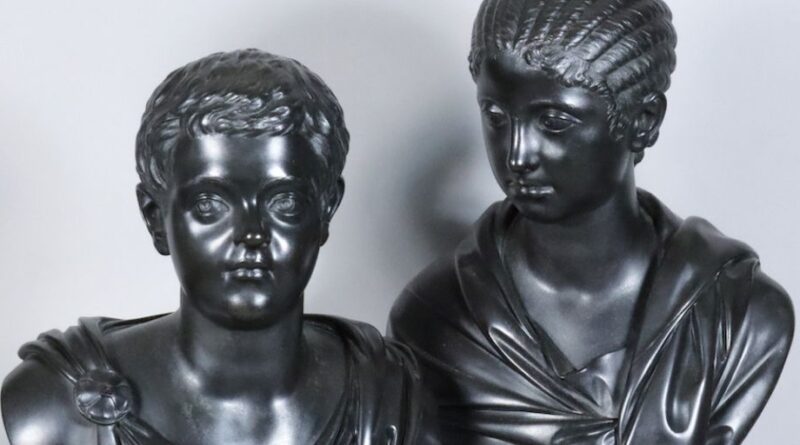 A flurry of bidding from international buyers saw sales end on a high note at The Canterbury Auction Galleries, with a pair of late 18th or early 19th-century Italian ‘Grand Tour’ bronze busts selling for £106,000. 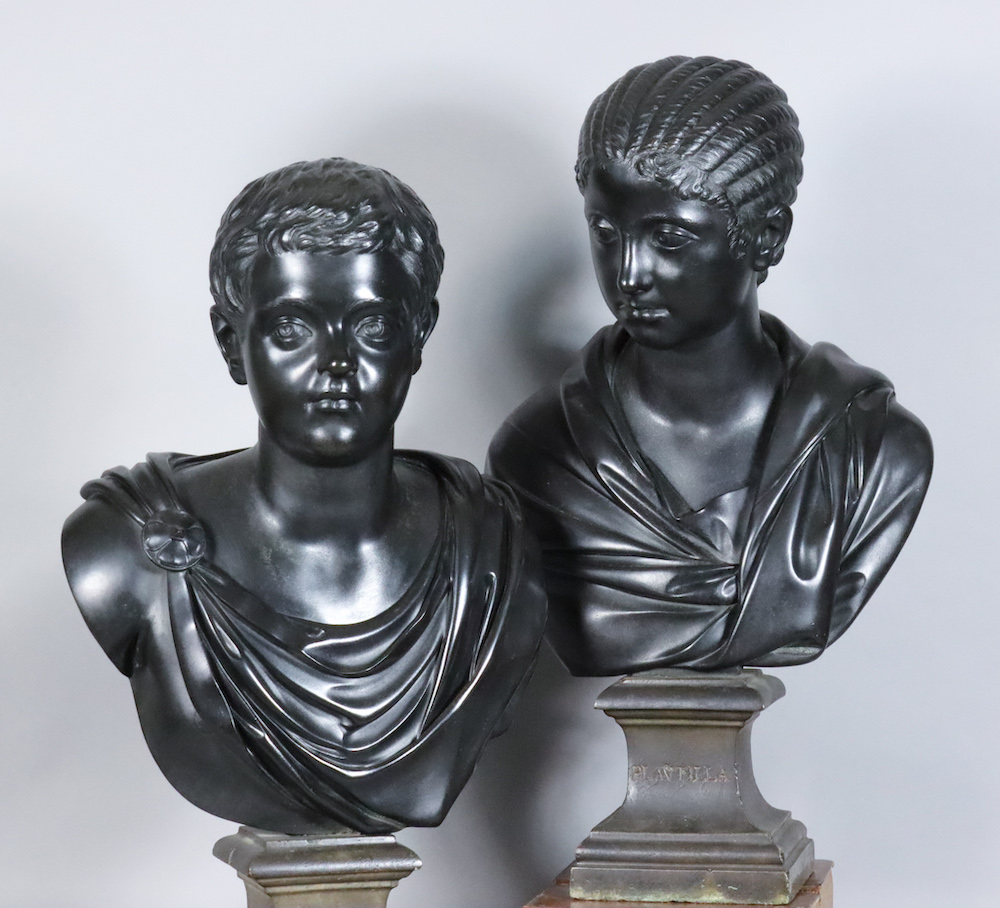 The busts of the Roman Emperor Lucius Septimius Geta and his sister-in-law, Fulvia Plautilla from the Florence workshop of Pietro Cipriani (circa 1679-1745) were consigned to the sale from the home of a retired Kent antiques dealer.

Four telephone bidders competed for ownership of the busts, the hammer falling eventually after a lengthy contest to a buyer from a firm of international sculpture specialists. They had been estimated at £8,000-12,000.

The dealer, who asked not to be named, had owned the busts for 25 years after purchasing them at a small provincial auction where they were on view on top of a wardrobe and catalogued as cast iron.

The life-sized busts had later dark green patination and were mounted on classical square incurved limestone bases, titled to the front. They measured 19.25ins and 18.5ins high respectively, 25.75ins and 25ins high including the pedestals.

Empress Plautilla (circa 185-212 BC) was the wife of Emperor Caracalla (188-217 BC), her paternal second cousin. The marriage was forced and unhappy. Co-emperor Geta (209-211) ruled alongside Caracalla until he was murdered by the Praetorian Guard, supposedly under orders from his brother, who also possibly ordered Plautilla’s subsequent execution.

Pietro Cipriani was one of the most gifted bronze sculptors in Florence. He made a number of pieces for the Earl of Macclesfield and assisted in casting figures for the Duke of Marlborough’s collection at Blenheim Palace in Oxfordshire. He is also noted for supplying plaster casts to Grand Tourists, including Horace Walpole.