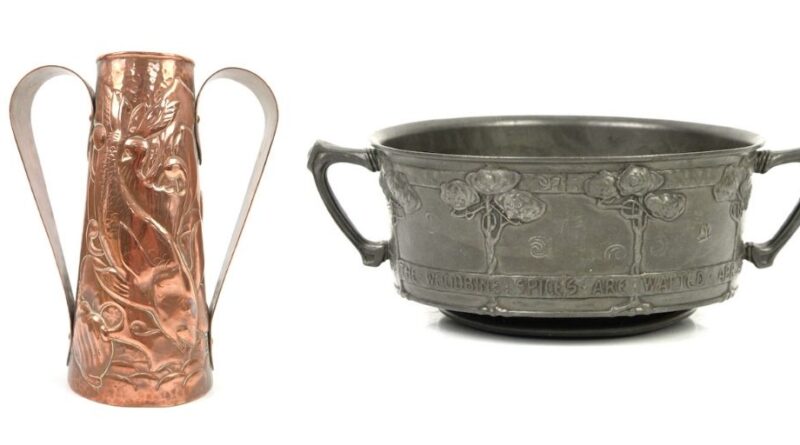 A Newlyn copper jug vase, a selection of ceramics by well-known Cornish potter David Leach, and a pewter bowl by David Veasey for Liberty & Co are some of the highlights in an upcoming Surrey auction.

The copper twin-handled jug vase of tapering form is a great example of the work produced by various artists working in the Arts & Crafts movement in Newlyn, Cornwall in the late 19th century. 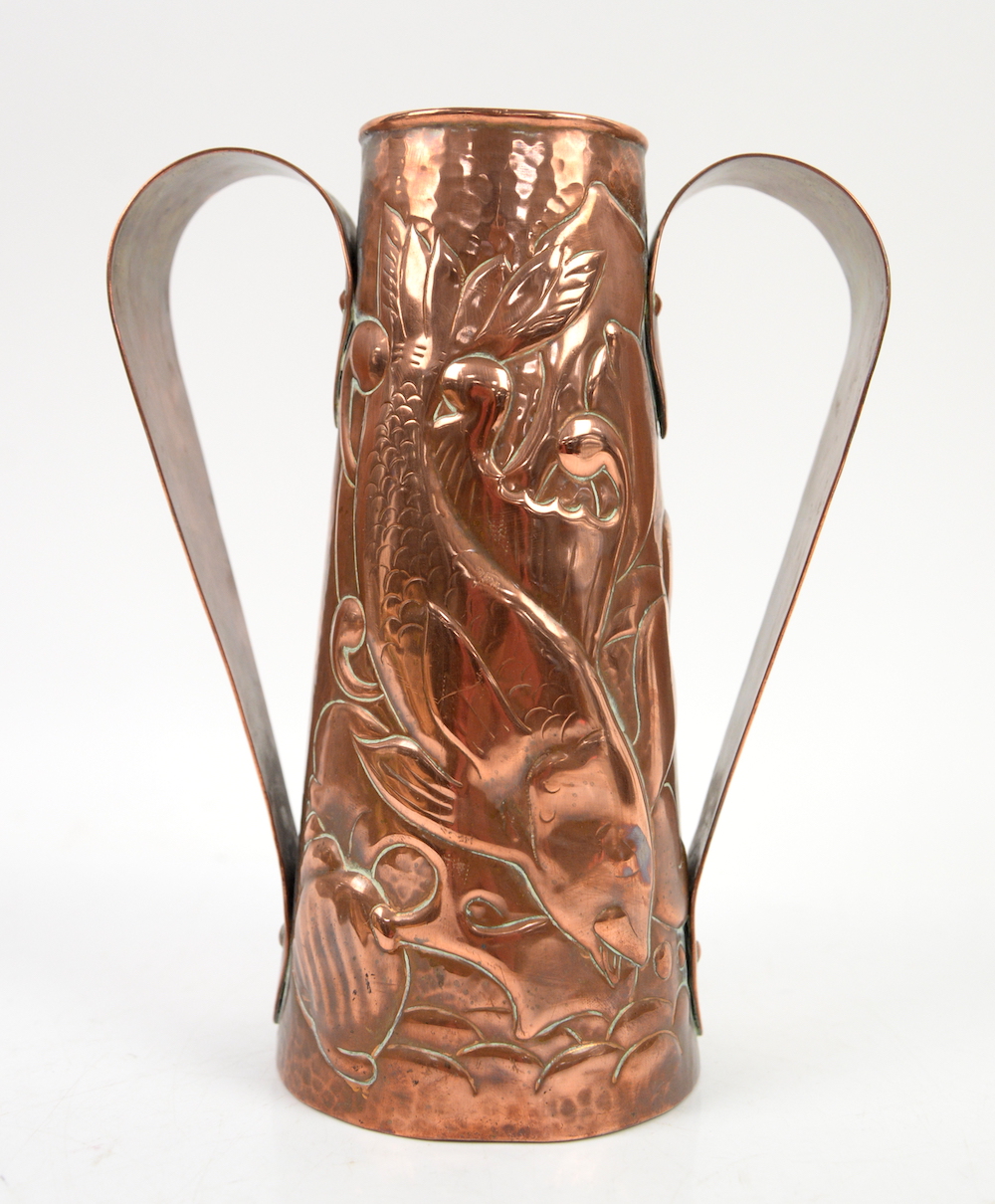 Valued between £100 and £150, this piece bears hammered decoration of fish, seaweed and shells, a typical subject matter for copperware produced in this fishing village. First established in 1890, Newlyn copperware is considered to be some of the most outstanding work created in the arts and crafts tradition.

Another well-known export of Cornwall is the studio pottery of the Leach family, and Ewbank’s is delighted to offer a collection of pieces by David Leach, the elder son of the potter Bernard Leach. The Leach Pottery was founded in 1920 by Bernard Leach and Shoji Hamada in St Ives, Cornwall.

David Leach was born in Japan and first taught to pot by Shoji Hamada, but commenced his apprenticeship in St Ives in 1930. He went on to set up his own pottery, Lowerdown, near Bovey Tracey in Devon, where he used his excellent technical skill to create elegant tenmoku and celadon pots. He enjoyed global success, with exhibitions in New York, Tokyo and Copenhagen.

Among the pieces on sale from Leach is a brown tenmoku glaze studio pottery vase of baluster form with flared rim, standing 41.5cm high, which carries an estimate of between £150 and £250. Others include a globular vase with stylised floral decoration, valued at between £100 and £200; a footed bowl in white with fluted sides with a guide of between £100 and £200; and a celadon green glaze fluted-footed bowl, which is sold with a ribbed vase in similar glaze, valued at between £50 and £100.

The January sale will also feature a Tudric pewter twin-handled bowl by David Veasey for Liberty and Co. which has a guide price of between £200 and £300. It is cast with a band of stylised trees to the body and with an inscription by Lord Alfred Tennyson “and the musk of the rose is blown and the woodbine spices are wafted abroad”. 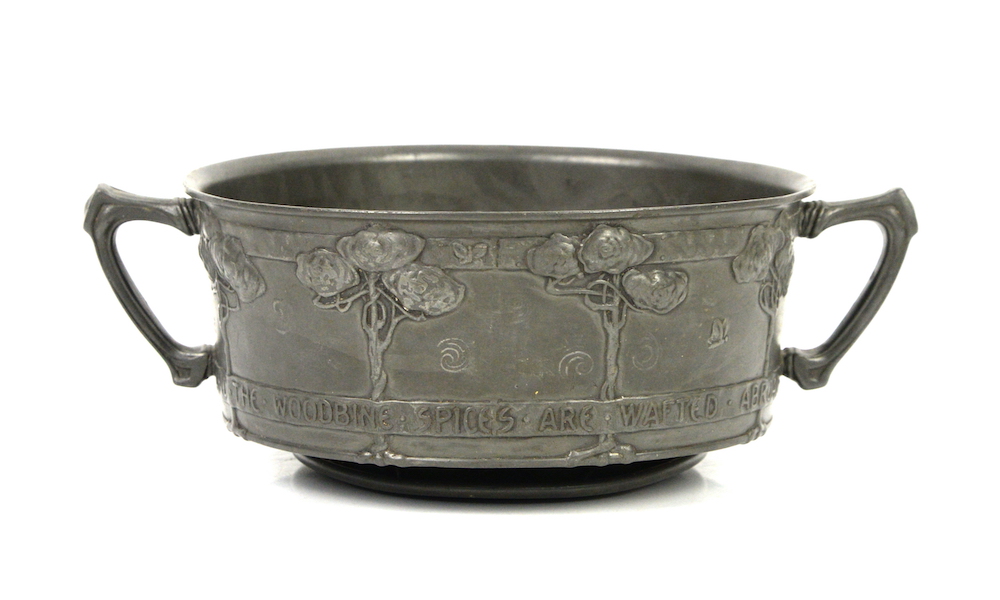 The team at Ewbank’s is expecting keen interest in this as pieces for Liberty & Co. by well-known designers, such as Veasey, continue to be popular with buyers. At the October 2020 Decorative Arts auction, Ewbank’s saw two lots by Archibald Knox for Liberty & Co.  commanding strong interest. A set of coffee spoons and sugar tongs by Knox sold for £700, and a Tudric pewter pin tray had a final price of £140, both well-beating pre-sale estimates.