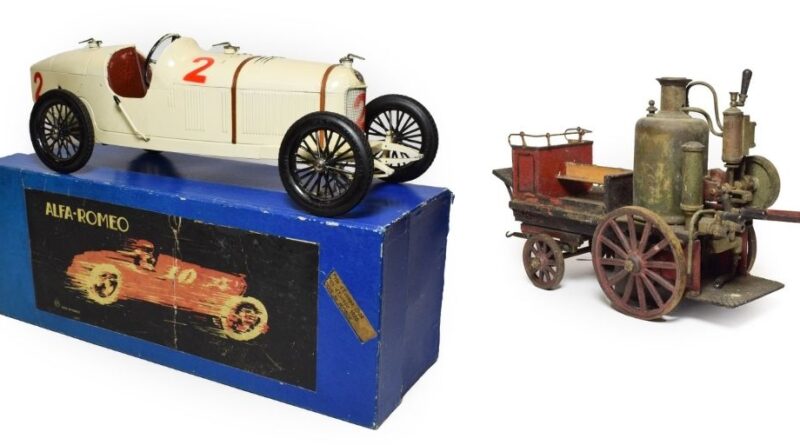 The top lot of the sale was a Bing live steam horse drawn fire engine, hand-painted in red. Measuring 28cm high, the engine beat its £400-600 estimate to sell for a hammer of £3,500. 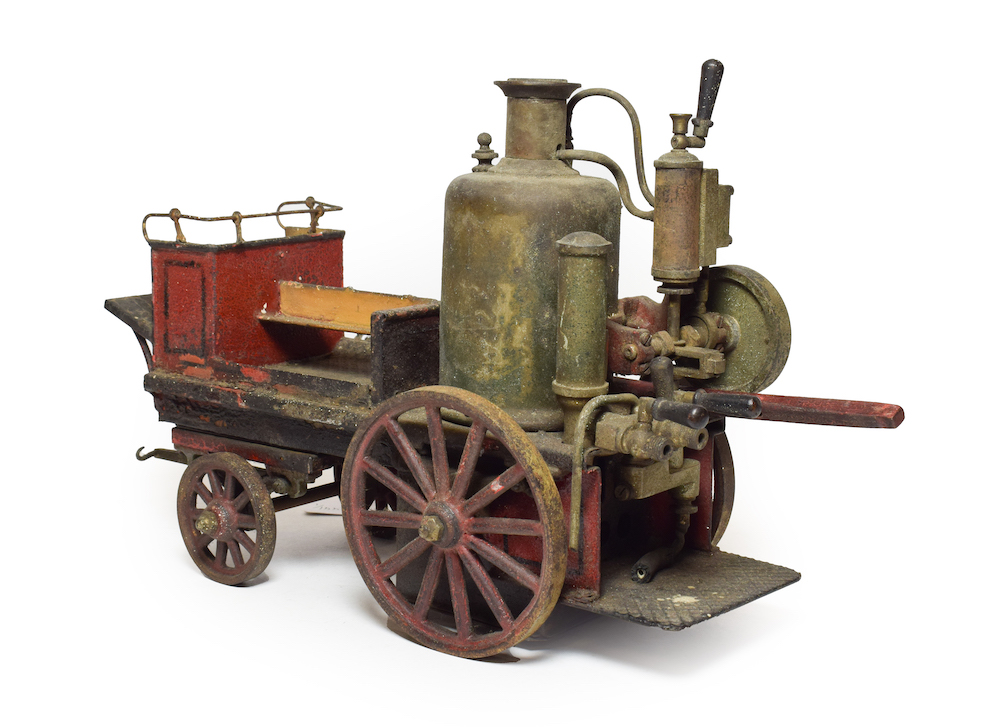 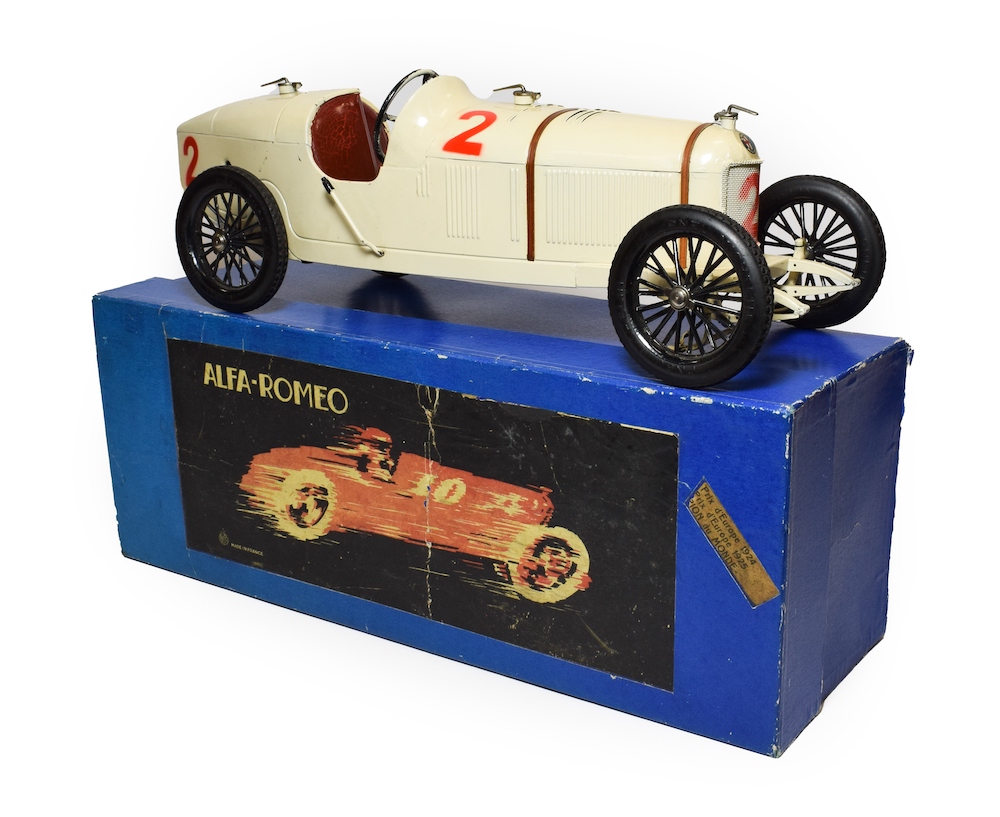 Elsewhere in the sale, a rare Apollo moonwalkers framed autograph montage consisting of autographs of the twelve astronauts who walked on the moon sold for £2,300. Included were the signatures of Neil Armstrong, written on an Apollo 11 envelope franked ‘Patrick Air Force Base Jul 24 1969’, and Buzz Aldrin. The lot was sold with a Certificate of Authenticity.

Four lots of French railway posters attracted a good deal of attention, too. The top lot being a group of three posters advertising destinations in Avignon, Saint-Flour and St Lunaire and Longchamp, which sold for £750 against an estimate of £80-120.