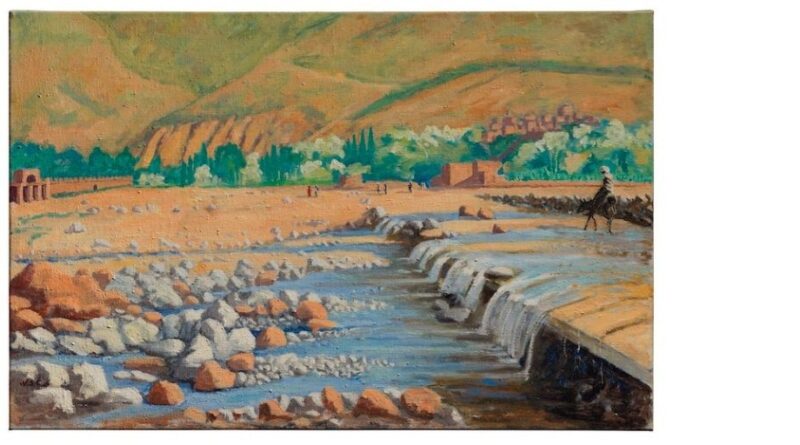 A landscape painting of Marrakech in Morocco by Sir Winston Churchill is set to sell in Christie’s Modern British Art Evening Sale next year, with an upper estimate of £500,000.

The wartime Prime Minister’s Scene of Marrakech will be one of the highlights of the sale on March 1, 2021.

The painting was a gift from Churchill to Field Marshal Bernard Law Montgomery, one of the most distinguished generals of the Second World War who played a vital role in the retreat from the battle of Dunkirk, which saved many allied lives. Montgomery was instrumental in the tactics that delivered an eventual victory for the allied forces in 1945.

The painting has remained with the Montgomery family since it was gifted by Churchill and is being offered at auction for the first time. Sir John Lavery, Churchill’s tutor in painting, was one of many friends who encouraged Churchill to visit Morocco and his first trip to the country was during 1935 where he was inspired by the warmth and quality of light that the environment offered.

Scene at Marrakech is one of Churchill’s more accomplished works of this subject matter, harvesting the chromatic intensity of the warm desert sand, which harmoniously contrasts with the blue stream in the foreground. The vivid greens of the vegetation in the background also bring colour, life and energy to the otherwise typically sparse landscape of this scene in Morocco.

Nick Orchard, Head of Department, Modern British Art, Christie’s, said: “Sir Winston Churchill’s gift of his painting, Scene at Marrakech, to Field Marshal Montgomery symbolises the deep respect and friendship the Prime Minister held for his general; a man who led the British army and was key to the victory for the allied forces in the Second World War. An accomplished artist as well as a celebrated political figure, the work stands among the best paintings executed by Churchill in the 1930s. It is an honour for Christie’s to offer Scene at Marrakech as a highlight in our Modern British Art Evening Sale and we look forward to exhibiting the work publicly for the first time in its history in February and March 2021.”