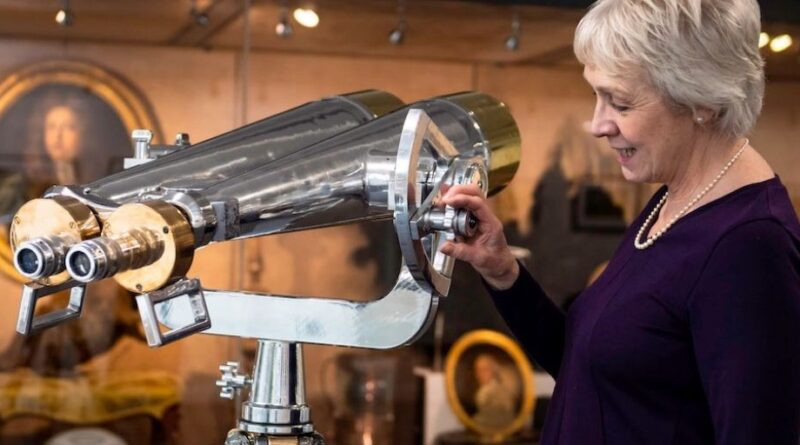 Medals sold well throughout Tennants’ recent Auctioneers Militaria and Ethnographica Sale in December, with rare lots and those with provenance selling well above estimate.

Medals awarded to women rarely appear at auction, but a Boer War and First World War group of nursing medals and badges awarded to Nursing Sister Ellen Mary Smyth on offer in the sale piqued the interest of buyers, selling for a hammer of £2,400 against an estimate of £900-1,200. 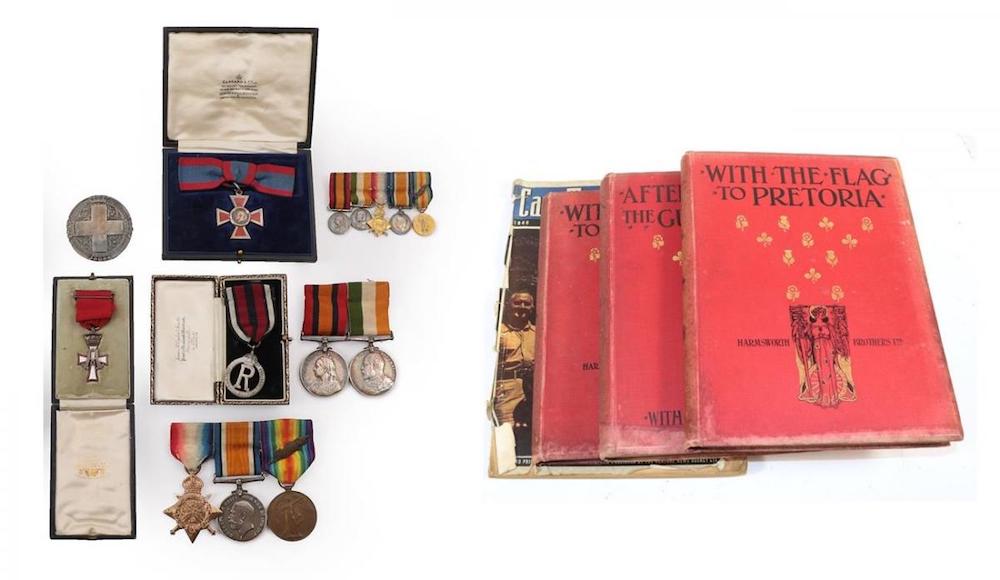 Smyth was a founder member of the Queen Alexandra’s Imperial Military Nursing Service Reserve when it was established in 1902. At the outbreak of the First World War, she left private nursing in Portugal to serve at home and in France, and she was mentioned in a dispatch from General Haig. The medals include the Queen’s South Africa Medal and King’s South Africa Medal, 1914 Star, British War Medal and Victory Medal, the Royal Red Cross 2nd Class (George V), and Queen Alexandra’s Boer War Cross and they were sold alongside further items relating to Smyth.

Also of note was an exceptionally rare Silver Cross of Rhodesia Pair, awarded posthumously to 2nd Lieutenant B.M. Thompson of the Rhodesian African Rifles in 1978, which were sold together with a Rhodesian GSM awarded to his brother Tpr. P.A. Thompson, which sold for £2,400. In a Recommendation sold with the medals, Thompson was described as displaying ‘leadership and gallantry of the highest order. His conduct in all circumstances was an inspiration to all who served with him’.

Elsewhere in the sale, a very rare Second World War cryptology silk, printed with a list of French codes sold for £800. The silk square belonged to Joyce Mary Pimblott, who was a Cypher Officer for the Special Operations Executive handling communications with the French Resistance and British secret agents operating in France. 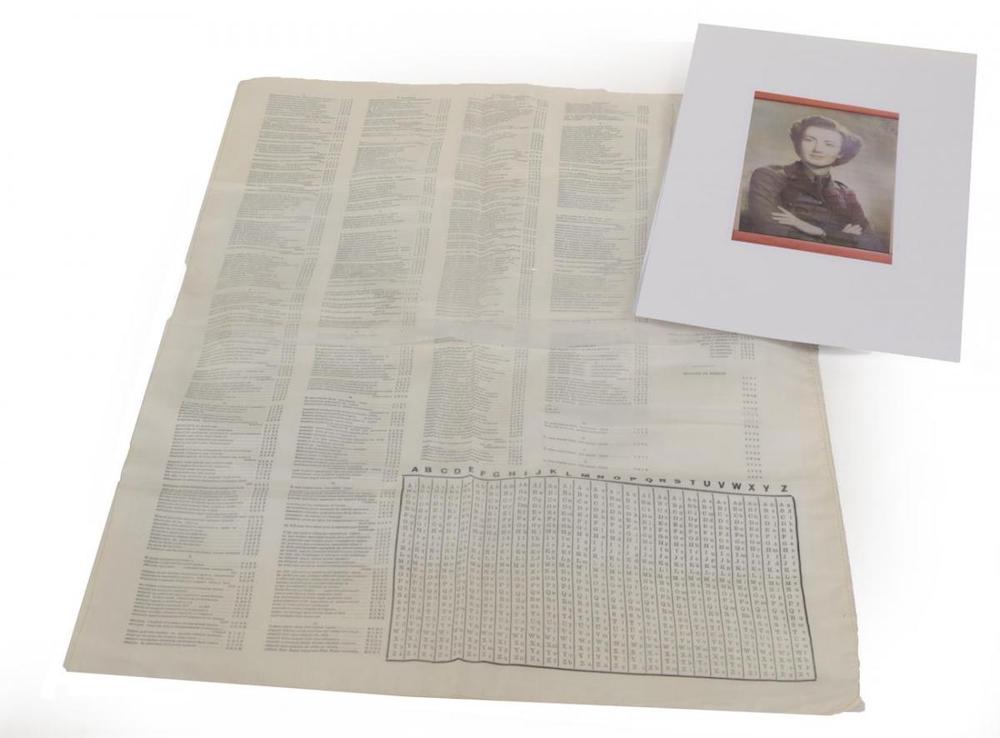 Joy, as she was known, was born in Lancashire but moved with her family to Brussels when she was young and grew up speaking French. At the outbreak of the War the family returned to England. Joy lied about her age (she was only 17) and joined the First Aid Nursing Yeomanry. After her initial training, and upon the discovery that she spoke fluent French, she was transferred to a secret unit – the SOE – where she embarked on her secret wartime career. Joy played a key role in communications surrounding the D-Day landing and later translated documents required for the Nuremburg Trials.  Silk was a durable and practical medium for printing codes; it was light weight and unlike paper wouldn’t disintegrate or run if wet and it could also be sewn into the lining of clothes without detection.

Further lots relating to World War II that sold well included a set of six folding maps and other ephemera relating to Operation Sea Lion, the proposed German invasion of England in 1941, selling for £700. Alongside the maps, the lot contained four booklets, lists of railway stations, road and town maps, and photographs of targets all contained in their original card folder. They are part of a set of highly secret documents prepared for the initial operation, and for German agents and saboteurs who would be dropped by parachute or U-boat to destroy important industrial and communications targets all over England.

An impressive pair of Japanese Battleship Long Range Binoculars, made by Nikko, sold for £5,000. This type of binoculars was used very effectively on the towers of Japanese battleships to spot enemy vessels. 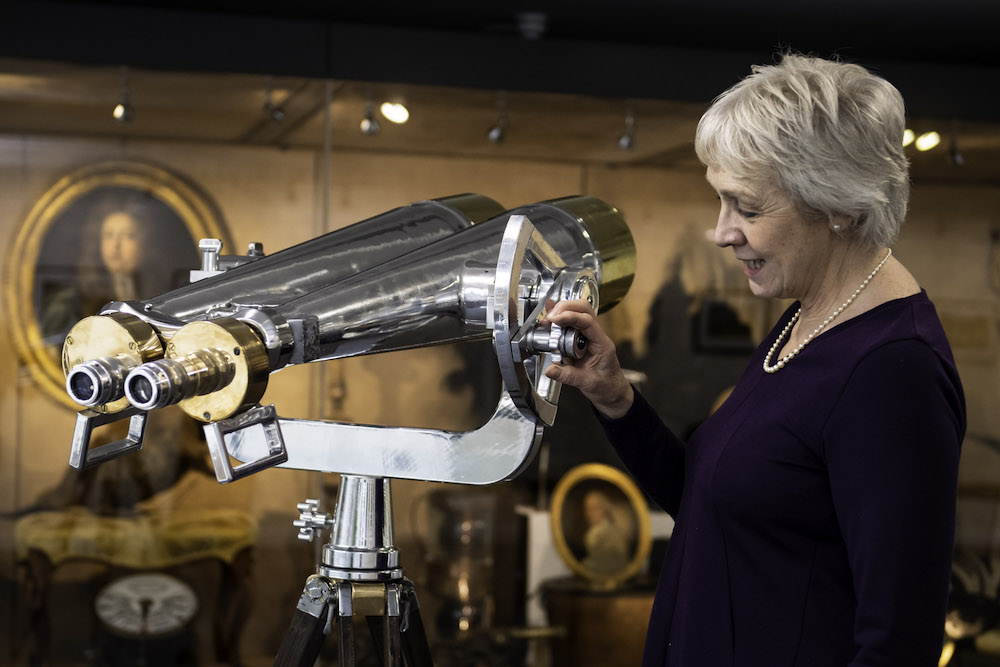 Further highlights among the arms and armour in the sale included a Japanese Shinto Wakizashi, which sold for £1,100, and a late 18th-century Qajar steel shield sold well, too, at £900. A good pair of 19th-century saw handled percussion duelling or officer’s pistols by Owen Powell of Sheffield sold for £4,000, and a good pair of 19th-century flintlock ‘man-stopper’ 15 bore travelling pistols by W & J Rigby of Dublin sold for £5,400.

In the Ethnographica section of the sale an early 20th-century Australian Aboriginal parrying shield sold for £3,500. Formerly the property of Frances Dovell Gerrard, who was born in 1882 in Rapid Bay, South Australia, the daughter of a sheep station owner. She was given the shield as a wedding present by the Aborigines who worked at her father’s Yoho Station. 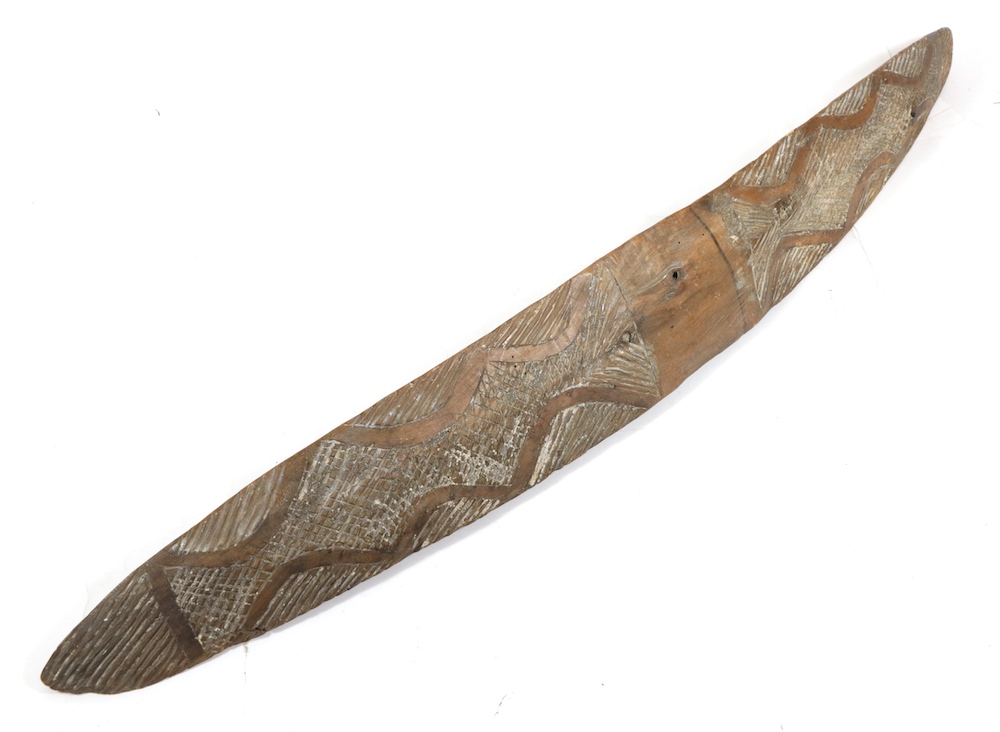