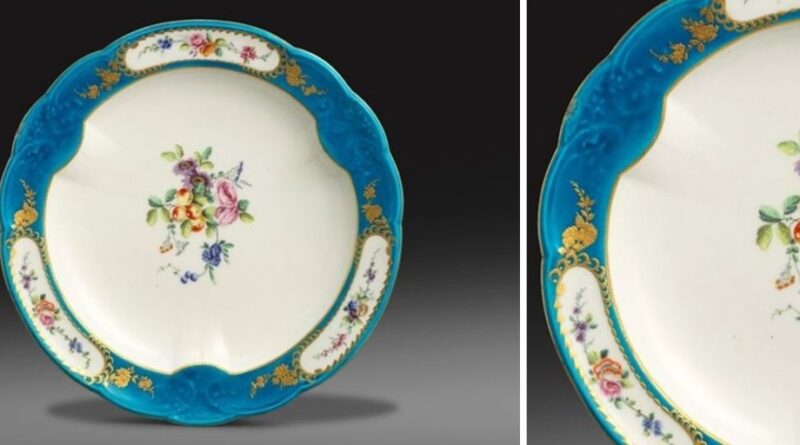 A 270-year-old Vincennes porcelain charger, part of the first ever dinner service produced for Louis VX of France to be used in the Palace of Versailles, has sold for almost £120,000 at auction.

Wiltshire auctioneers Woolley & Wallis sold the plate, which had hung on the wall of a family home for generations, for £118,750.

The 12 inch dish had been bought in London during the 1950s by the current owner’s family but although they knew it to be Sèvres (the royal porcelain manufactory in Paris) they had no idea of its important royal connections. It was not until a visitor to the house recognised it as being almost identical to one sold by Woolley and Wallis in February 2020 that they approached the auction house for a valuation. 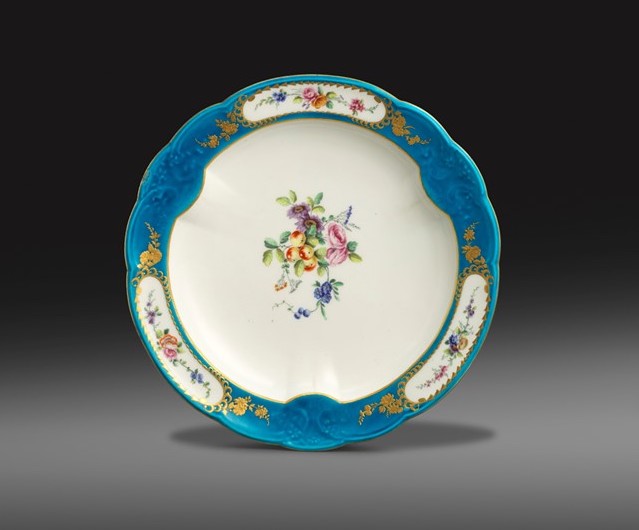 “Pieces from this early service come up at auction so rarely that I couldn’t believe my eyes when I saw this plate,” said ceramics specialist, Clare Durham. “Although a lot of items were made for the service originally (between about 1753 and 1756), most of them are still in Versailles or with a large part of the service at Boughton House in the collection of the Duke of Buccleuch. Even more unusual is that this is only the third known example of this particular shape and size of dish (known as a plat d’entremets) known to exist, and we’ve had two of those come up at auction in the same year!”

The dish sold in February was part of the collection of the late Judith Howard, and it made national headlines when it sold for £31,250 because Judith had only paid £13 for it in a junk shop in 1982.

“That dish was obviously extremely special, but it had in fact been broken and then repaired with rivets (like staples),” explained Durham. “The dish we sold on December 15 was in perfect condition, which is quite remarkable given its age. That’s why it fetched so much more than the first dish.”

The service is important to collectors of Sèvres and Vincennes porcelain because it was not only the first service the factory ever produced but it was also the first to use the bright turquoise ground (known as bleu celeste or Heavenly Blue) which was extremely costly to produce.

“To the modern eye, the decoration on this service is quite simple and doesn’t necessarily look especially extensive,” Durham continued. “But it is beautifully painted and in the 1750s when porcelain had only just started to be produced in Europe, a lot of work went into creating these plates which were literally fit for a king. What is really fortuitous with this piece is that if we hadn’t sold the example back in February, then this one would probably have spent several more decades hanging on a wall without anyone realising just how valuable it was.”