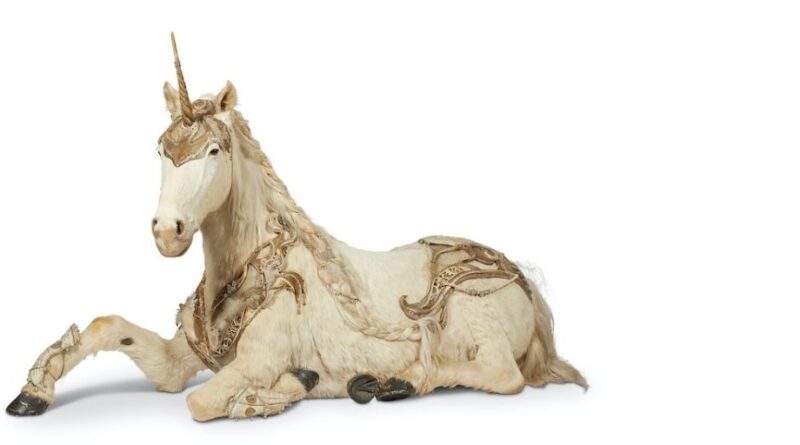 The sale of a hugely eclectic and eccentric collection of antiques, art, taxidermy and designer items has taken place at Anyhoe Park in Oxfordshire, after its owners, James and Sophie Perkins, decided to sell the wide-ranging pieces that decorate the sprawling, 17th-century Palladian mansion.

James, an entrepreneur and collector who first made his name as a record producer and leading light of the rave scene with his company, Fantazia, bought the property in 2004, following the dissolution of the Country Houses Association. He and Sophie soon set about restoring Anyhoe to its former glory, with bold and theatrical interior design.

Soon the house was filled with all manner of wonderful objects, from flying giraffes and cabinets of curiosity, to flamingos lights, classical columns, circus lights, antiques and contemporary art. It has since played host to numerous celebrities from the worlds of music, film and fashion.

However, the couple has now decided that they and their three children need another venture and have purchased a new home in Dorset. They also took the decision to sell Anyhoe’s stunning artefacts ahead of their move.

The sale by auctioneers Dreweatts, which took place online over two days in January, attracted interest from around the world. Some of the highlights of the sale included: 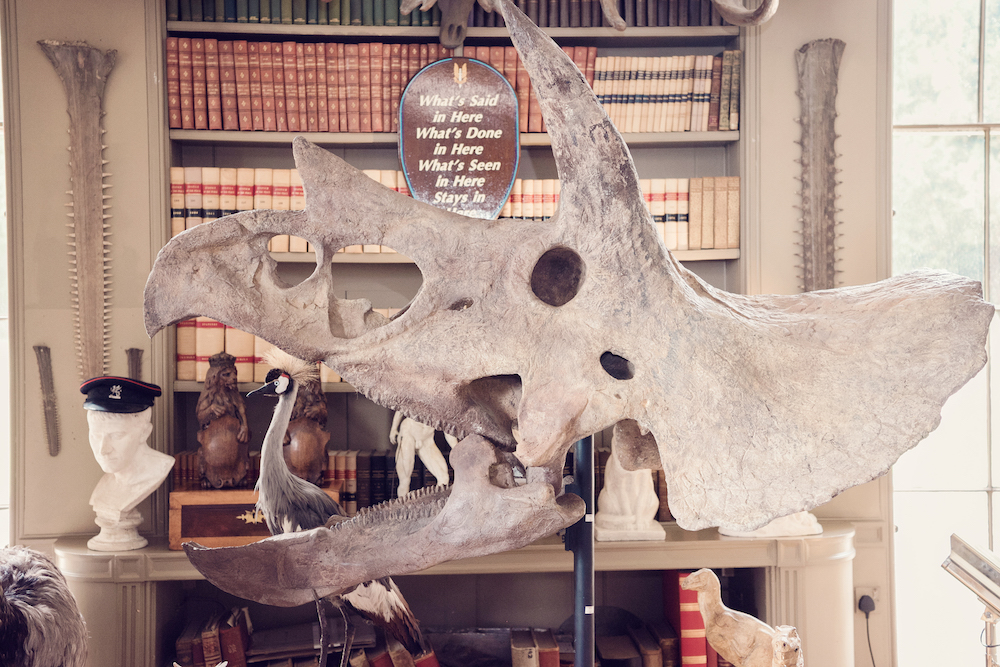 ‘The Anyhoe Unicorn’ by James Perkins, composed of a preserved model of horse, Equus caballus, 20th century, modelled lying down and presented as a unicorn with fantasy tack, which sold for a hammer of £28,000. 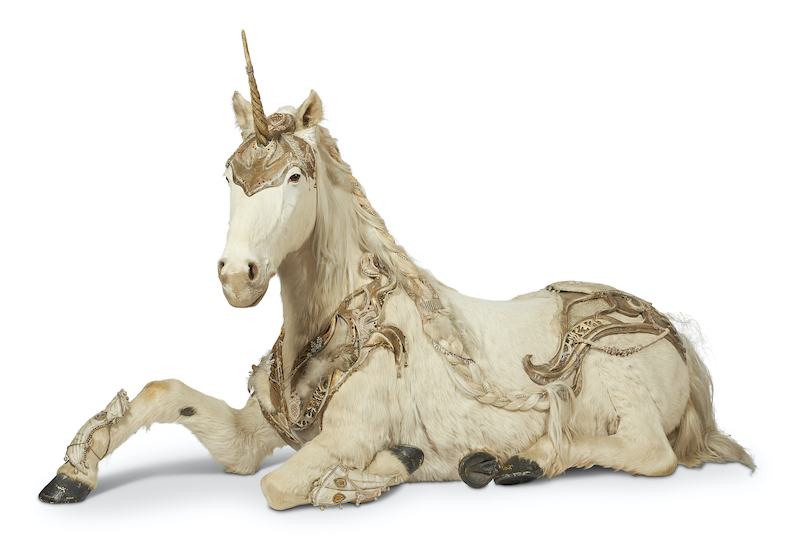 A ‘Flying Giraffe’ by James Perkins. Composed of a preserved giraffe, Giraffa camelopardalis, 20th century and later suspended from a group of five large glass balloons with its head bent down and the legs dangling below. Sold for £100,000. 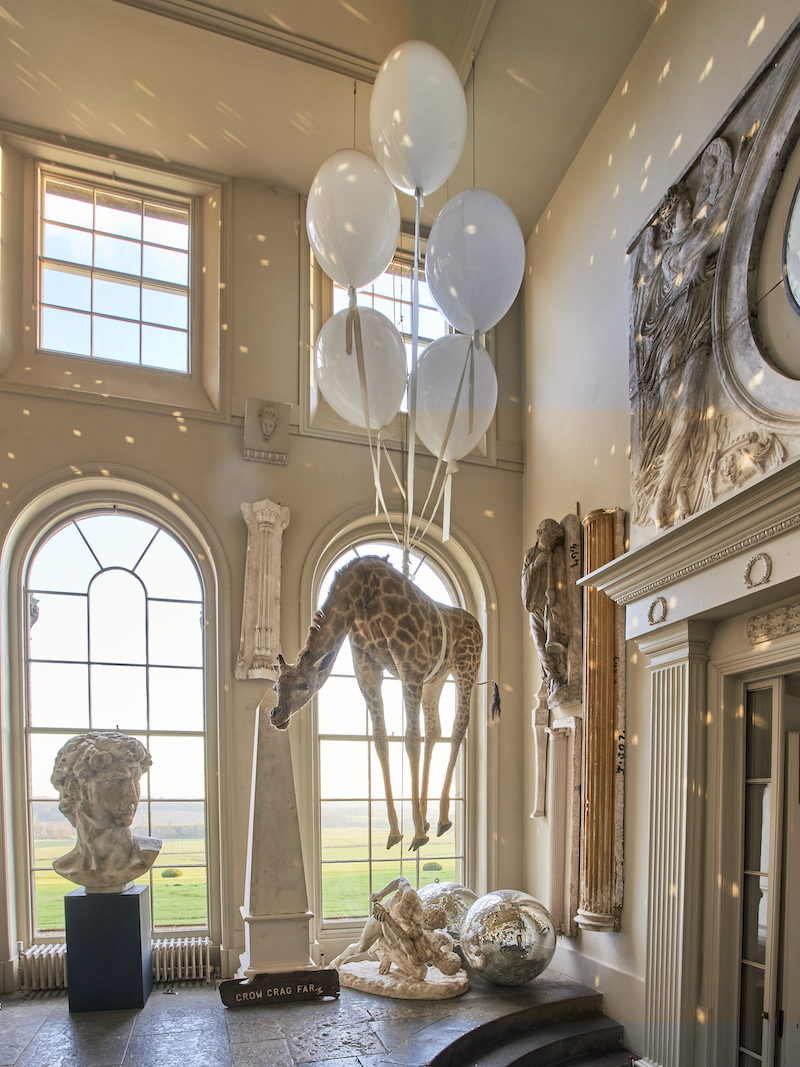 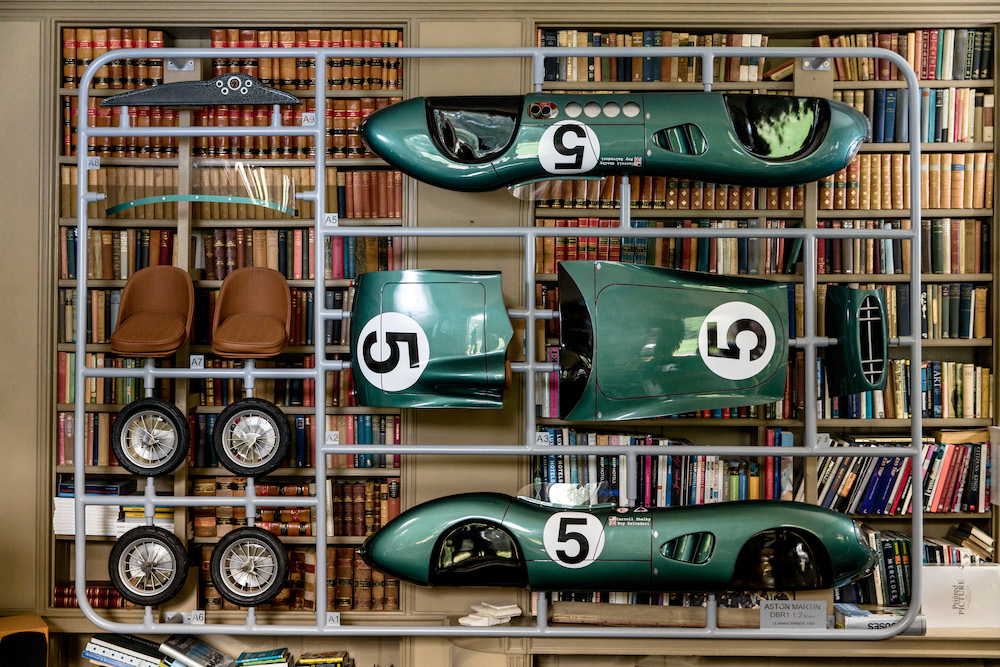 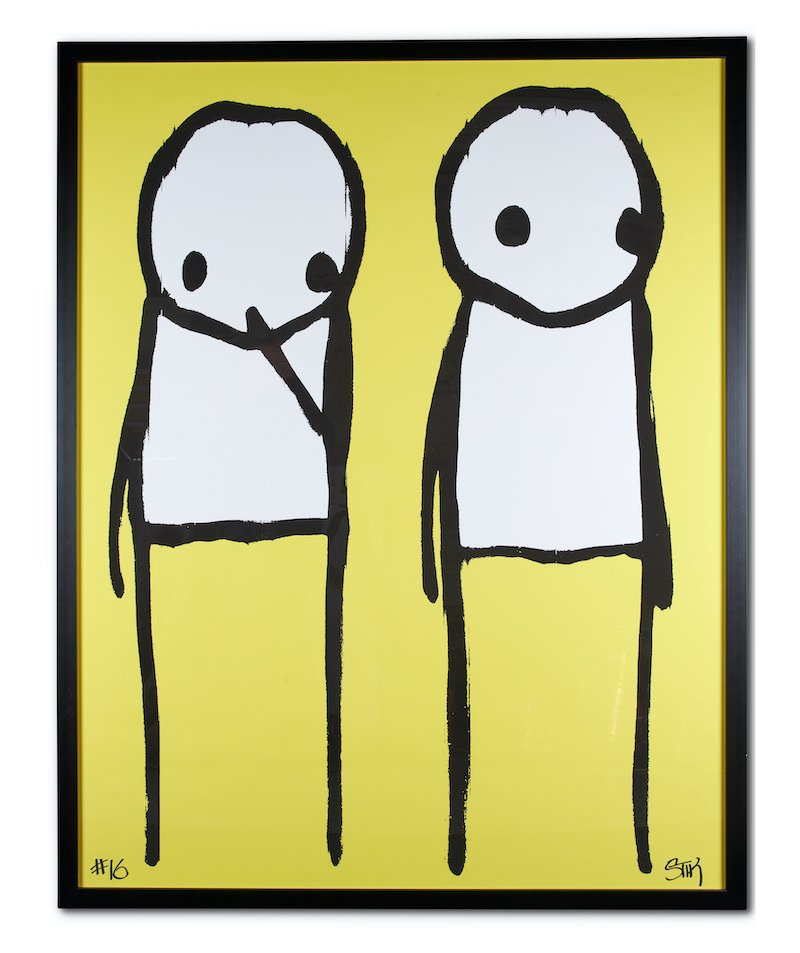 James Perkins, owner of Aynhoe Park and seller of the collection, said: “Sophie and I are humbled by the interest generated by the sale. It really was the celebration that we had wished for and we hope that everyone will enjoy their bit of Aynhoe. Many thanks to Dreweatts and our team at Aynhoe for a great job in making it happen.”

Commenting on the sale, Will Richards, Deputy Chairman of Dreweatts, said: “We are delighted with the result of this spectacular sale, which broke boundaries in so many ways. Dreweatts always approaches sales of private collections and house sales as creatively as possible and the current pandemic was no exception.”

With the auction house facing lockdown during the sale, Dreweatts set to work to find a way that would offer clients the Aynhoe Park experience, without having to break lockdown rules to tour the house. They created a 360 degree virtual tour of the property with items for sale popping up as they were laid out in each room, with lot descriptions and estimates. This gave anyone interested in buying from the sale, a sense of having viewed the item in situ.

Dreweatts worked closely with the Perkins to ensure the contents of Aynhoe were presented and represented in the way that they wanted them to be and in a way that celebrated the collection and its surroundings. Will Richards commented: “We very much enjoyed the diversity of the sale, which allowed us to reach and celebrate this wonderful collection with existing and new clients around the world.”