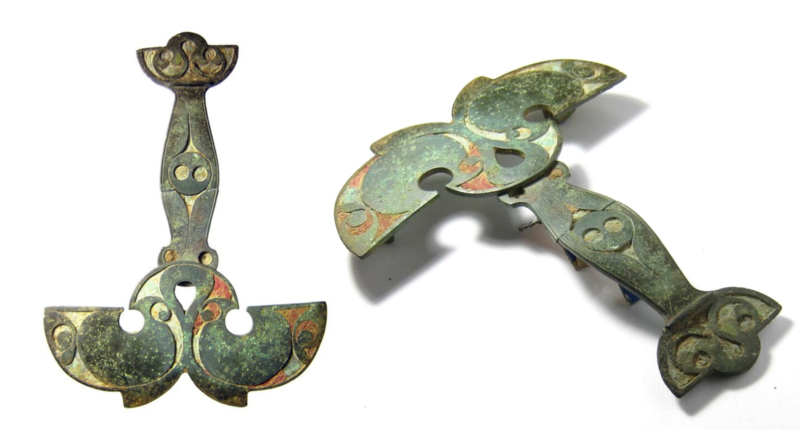 An amazing relic of ancient Britain dug up by a metal detectorist – a 2000-year-old Celtic Chieftain’s chariot brooch – smashed its auction estimate to sell for tens of thousands of pounds.

The ‘outstandingly rare’ object, also known as a horse brooch, was guided at £6,000-£8,000 by Hansons Auctioneers in Derbyshire but an intense bidding battle took the final hammer price to £55,000 – seven times its estimate. 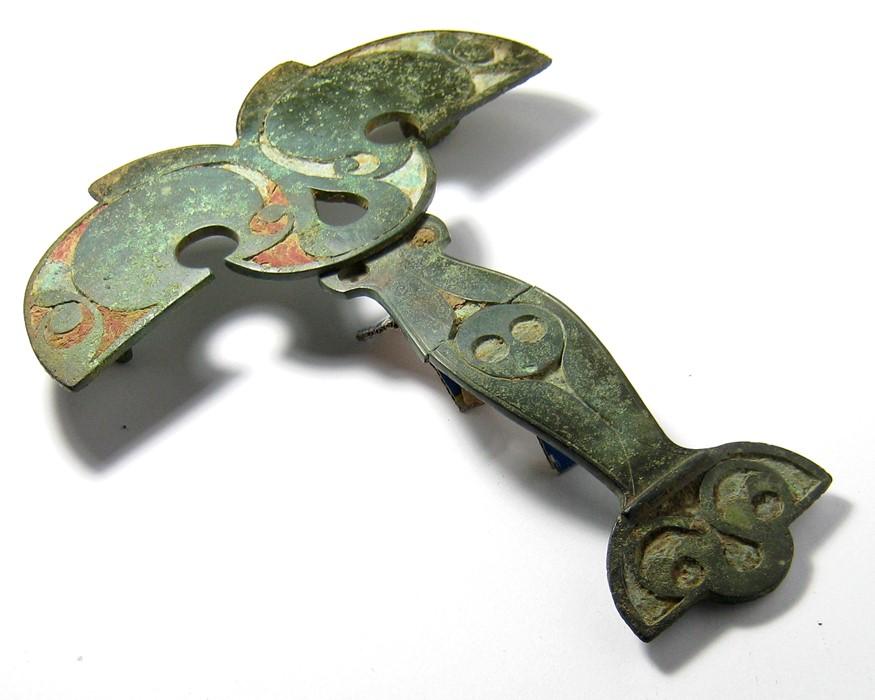 The result has been hailed as one of Hansons’ best ever by the firm’s owner Charles Hanson. He led the auction as four phone bidders battled to secure the unique object, which was found by detectorist Ray Pusey in his home county of Buckinghamshire in October 2020.

Mr Pusey, a detectorist for 30 years, confessed that he nearly didn’t go out the day he found it but, after an hour of searching, received a strong signal. He dug down about 8-10ins and discovered his ‘best find ever’.

The 64-year-old van-driver from Haddenham, said: “I watched the auction online and wondered if the brooch would just make its reserve, do quite well or do exceptionally well. I was really pleased. It was an exceptional result and so exciting to watch. The money will be split 50/50 split with the landowner and, when I went round to tell him, he nearly fell over. Me and my wife are having a Chinese to celebrate tonight.” 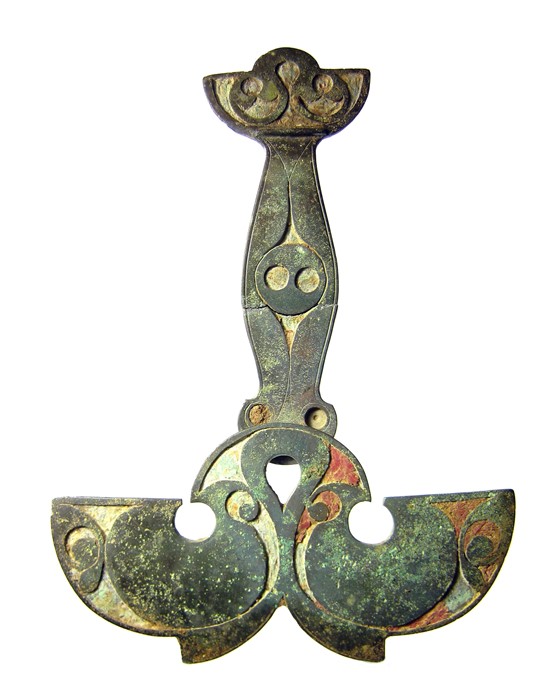 Mr Hanson said: “It’s an outstanding and rare artefact, an amazing find and an incredible result. With pre-sale interest strong, I thought it would do well but to see it contested to £55,000 was a proud moment for me. I was inspired to work in this industry after discovering the joy of metal detecting and the ancient treasures beneath our feet as a boy. It’s one of our best ever auction results – a wonderful moment for our Historica Department and for me personally.

“The horse brooch would probably have belonged to a wealthy Celtic chieftain in the mid 1st century AD making it around 2,000 years old. Measuring a substantial 172mm x 128mm, horse brooches are thought to have been used with a blanket or caparison, a cloth covering for a horse.

“The brooch would have been pinned to the cloth to cover the junction between strap and fabric.  Items like this are not only rare, they indicate high status. There are only a handful of known examples from Britain. The one we auctioned was exceptional, not only in its size but because of its state of preservation.”

The brooch, which was purchased by a private UK phone bidder, is roughly T-shaped and made from cast copper-alloy. The front is decorated with champlevé enamel – red glass – forming a flowing pattern of opposed scrolls with tips that curl like breaking waves.

The decoration is in the tradition of the Celtic ‘South Western Style’, some of the finest displays of which come from the Polden Hill hoard, discovered in 1800 near Bridgewater, Somerset. Around 90 items of late Iron age metalwork were found concealed in a pit lined with burned clay.

The contents included horse harness and chariot fittings, brooches, tools and weapons. Many items in the hoard, dated to AD 50-70, were beautifully decorated and inlaid with red glass. However, there were only three horse brooches, indicating that very few Iron age chariots would have been decorated in such a manner.

Adam Staples, Historica consultant at Hansons Auctioneers, said: “Horse brooches like this were the fashion statements of the elite. Horse and chariot trappings were highly prized possessions. It’s unclear whether these hoards were buried for safekeeping or given as votive offerings to the Gods.

“The size of this brooch, its prized status and quality make it unlikely to be a casual loss. It’s more probable that it was carefully placed in the ground. Buckinghamshire, where it was found, was once the territory of the Trinovantes and the Catuvellauni, two of the most powerful and richest tribes in Ancient Britain.

“The Celts enjoyed employing hidden imagery within their art and this brooch is no exception. Staring out from the base of the brooch is a distinctive face with curving moustache, an image directly paralleled on gold staters. The use of matching motifs on both coins and artefacts is well known in the Iron age.”