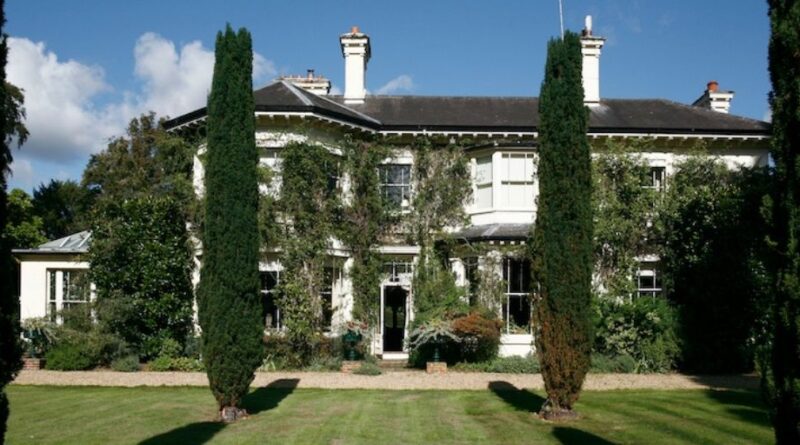 An antique and art-loving couple’s collection is to be sold at Sworders in May, with over 30 years worth of items going under the hammer.

Gallery owner Sally Hunter and her late husband, Ian Posgate, brought Badgemore Grange in Henley-on-Thames in Oxfordshire in the 1990s, furnishing the 19th-century country house with all manner of items.

Sally commented: “Collecting stuff is fun. It makes a house a home and charts the lives and loves of the occupants. Here are the pictures, objects, china and furniture bought by me and my late husband, Ian Posgate over the past 30 years. They made Badgemore Grange a special place for us.” Sally has now decided to downsize to a London flat and asked the Essex auction house to handle the 430-lot sale, taking place on May 18.

Badgemore, built around 1860, was owned for much of the mid-20th century by the Bravington family of jewellers but was bought in 1970 by Ian Posgate (1932-2017), an insurance underwriter at Lloyds of London. The Beatle George Harrison became a neighbour in the 1970s after he bought the adjoining 30-acre estate Friar Park (it is still owned by his family). 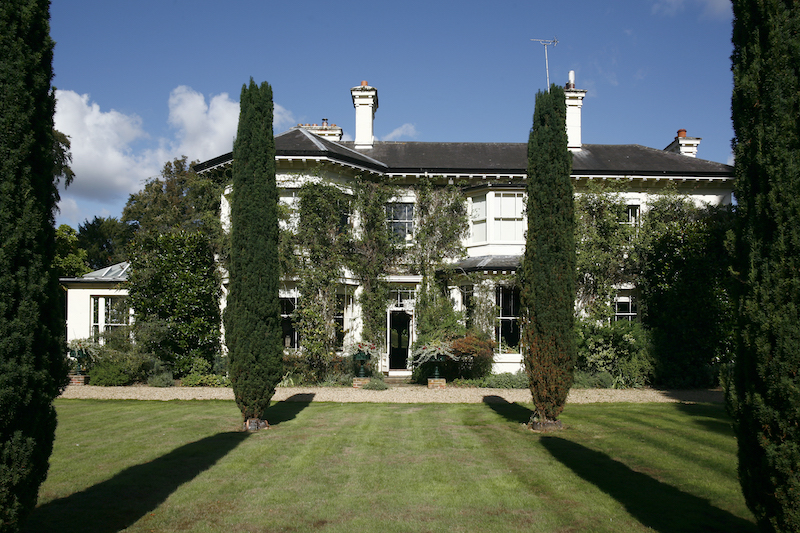 Gallery owner Sally Hunter came to the house in 1990 when she and Ian were married. They had met through a mutual friend in the art business and shared an interest in mid-20th century British art.

Sally had run a gallery with her first husband in St Ives in the early 70s, later working with Patrick Seale, a dealer and journalist with The Observer. When the journalism became Patrick’s full-time concern, Sally took over the gallery on Motcomb Street in Knightsbridge, London where she choose to specialise in Modern British art. “We bought the best examples of their type but then artworks were affordable – £1500 was considered a lot of money to pay for a painting,” she recalls.

Furnishing Badgemore was a joy, she said. “With a gallery in Knightsbridge, the business of arranging, hanging and moving were part of my stock in trade – it was just that the area to be filled at Badgemore was so much bigger.”

Many of the pieces that will be sold come with lively stories. “The early 90s, when we started to hunt for items to furnish the estate, were difficult times for the trade. Two life-size Indian wooden figures were bought for £500 on the last day of a closing-down sale at India Works and had to be shipped out immediately – Ian driving and me, arms through the sun roof, clamping the figures to the top of the car.”

The couple has a shared love for India and its decorative arts. They visited the subcontinent together many times and built a sizeable collection of objects, mainly through shops and salerooms in London. Company School watercolours of birds came from Visions of India sales at Christies and the specialist dealer Arthur Milner, while a heavily carved temple door from Gujarat was purchased for the conservatory from The Conran Shop on Fulham Road. A more recent acquisition from Clifford Street dealer Gordon Reece in 2005 was a pair of 18th-century Goan figures of angels that marry Christian and Indian iconography.

Carvings of the Nandy Bull (the vehicle for the Indian god Shiva) had the benefit of referencing Ian’s farming activities on the estate. Old cattle would serve out their retirement years in two fields next to the house, cropping the grass while planning their escape into the garden or adjoining golf course.

The couple’s priciest acquisitions – the four large plaster reliefs by Gilbert Bayes – were bought in the 90s from The Fine Art Society at their landmark shop in Bond Street. Two made for the Bank of Scotland, two from the Fountain of Months series in 1937, they were displayed in the hall, landing and stairs against a pale green wallpaper that was designed by Peggy Angus and re-printed (by hand) by her granddaughter from the original lino blocks. “These I shall be especially sad to leave but they belong somewhere befitting their scale,” said Sally. They have guides of between £5,000 to £8,000 and £8,000 to £12,000 each.

Scattered through the house are lampshades painted by Quentin Bell, whose work Sally showed at her gallery and curtains by Enid Marx and EQ Nicholson, who were also exhibitors.

Many of the British paintings are by artists championed by the gallery. The cloakroom is close-hung with studies of lions and tigers at London Zoo by Elsie Henderson, while a still life of flowers and a paint box on a chair is by Margaret Thomas, an artist Sally knew well. “She also painted dying flowers. She was a tough old bird.”

From Margaret Thomas to Joan Warburton and Lucy Harwood, many of the pictures and artists are associated with East Anglia – a reflection perhaps of Sally’s early life in Suffolk (she was bought up in Woodbridge). Nicky Loutit is a favourite. “My assistant of many years, Nicola Blaxall, observed that she has the ability to turn a brown ploughed field in Norfolk into a piece of poetry – a piece of alchemy.”

Auction house Sworders have a strong showing in this burgeoning field and have set a number of records for East Anglian artists in recent years. Two of the most striking works are portraits. One by Alfred Wolmark, an early painting of his sister and mother with exceptional brushwork has an estimate of £2,000 to £3,000; the other a large portrait by Henry Lamb of his wife and daughter, Henrietta, estimated at £3,000 to £5,000.

Sally recalls that in her later years the sitter would often visit the gallery. Other pictures are not necessarily of high value but were valued by the couple. “It is a collection which we hugely enjoyed putting together and living with for many years.”