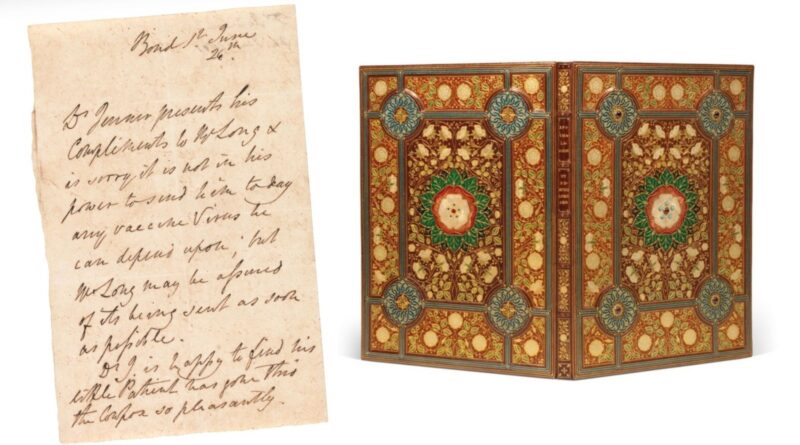 A wide-ranging auction of works from the 12th to 21st centuries entitled ‘books, manuscripts, photographs: from the Middle Ages to the moon’ will take place at Christie’s this month.

A selection of important medical works will be presented including a first edition, journal issue, containing the first announcement of Ignaz Semmelweis’s epoch-making treatise on the importance of hand-washing in medical practice, estimated at £12,000 to £18,000. 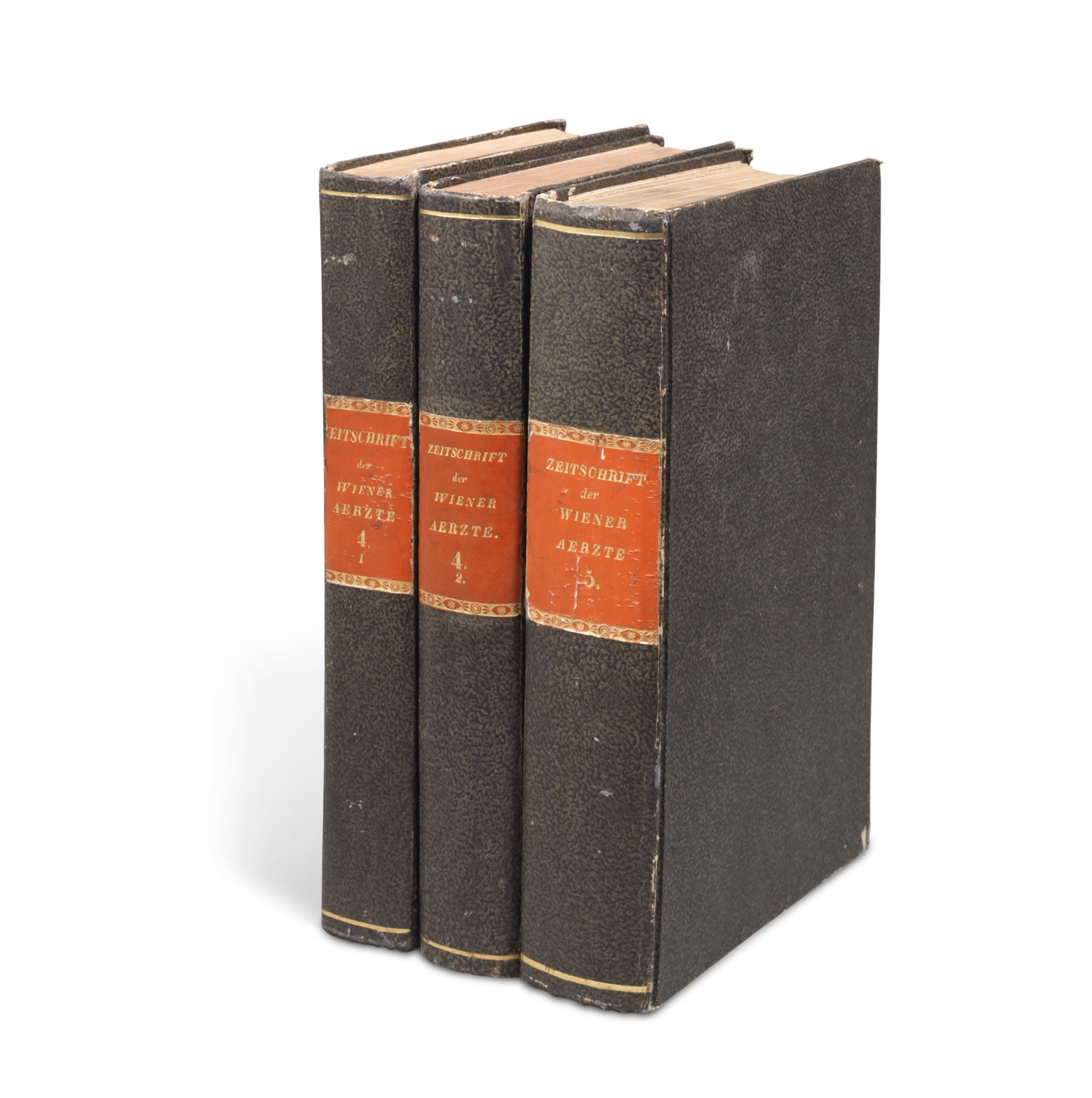 In 1847, Semmelweis, a house officer of the First Obstetrical Clinic of the Vienna General Hospital, the teaching institute of the University of Vienna, was presented with a remarkable situation: in the Hospital’s two maternity wards his First Clinic was faced by extremely high mortality in the order of 13 percent, while the other Second Clinic, enjoyed a low mortality rate of only 2 percent. The only discernible difference between the two clinics was that the First was used as a teaching facility for medical students, while the Second was used to teach midwives. Semmelweis deduced that the prevalence of fatal disease in the first clinic was caused by an infective agent carried by the medical students directly from the autopsy rooms to the delivery rooms. He immediately instituted a strict policy of prophylactic hand-washing using chlorinated limewater in his ward, which, despite initial resistance from the staff, brought about a dramatic drop in the mortality rate.

An autograph letter from Edward Jenner (1749-1823), the ‘father of immunology’, who coined the term ‘vaccine’ to describe his technique of inoculating against smallpox, writes to apologise for a delay in sending vital supplies. It carries an estimate of £4,000 to £6,000). In the letter Dr Jenner sends his compliments to the recipient, and apologises for being unable to send any vaccine virus, while assuring it would be sent as soon as possible. Edward Jenner carried out his first experiment to inoculate against smallpox in May 1796; following the successful immunisation of James Phipps, he proceeded to inoculate more than two dozen children and adults with cowpox, witnessing the same protective effect thereafter. 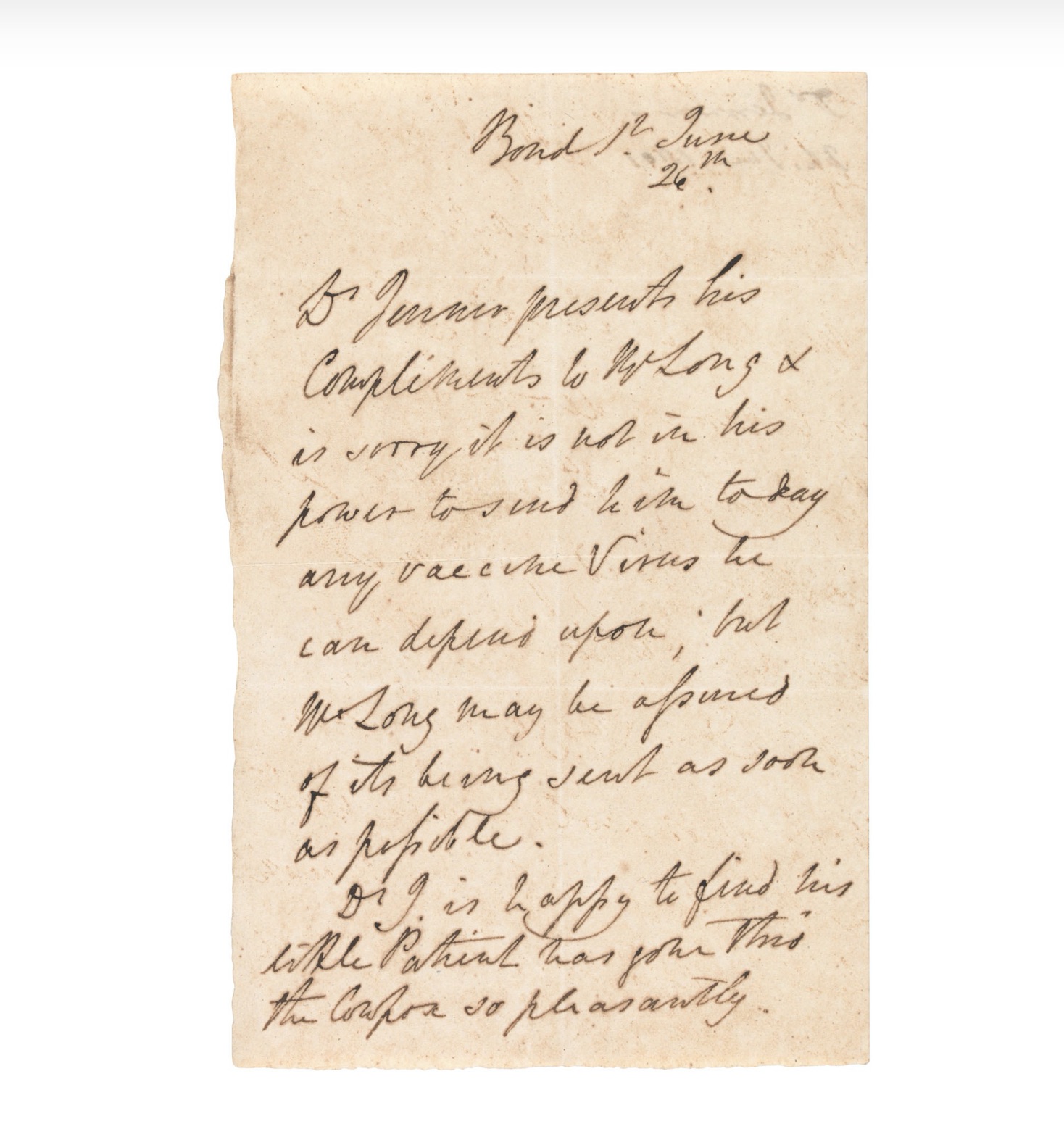 Also included in the sale is a limited edition first announcement of the discovery of penicillin, which Sir Alexander Fleming commissioned to be reprinted in 1944, estimated at £2,500 to £3,500. It is one of only 250 copies which details Fleming’s findings while working at St. Mary’s Hospital in London in 1929.

Fleming discovered the antibacterial properties of penicillium mould were effective in destroying scarlet fever, pneumonia, meningitis and diphtheria infections. In 1929 he published his findings in a paper titled On the Antibacterial Action of Cultures of a Penicillium, with Special Reference to Their Use in the Isolation of B. Influenzae. Unfortunately the scientific community was slow to respond, and by 1931 a despondent Fleming had turned his attention elsewhere.

In 1938, however, two researchers at the University of Oxford, Howard Florey and Ernst Chain, unearthed Fleming’s research while thumbing through old papers. Realising its importance, the pair managed, in the space of three years, to turn his findings into an injectable medicine. The discovery couldn’t have come at a better time. As the world descended into conflict, the antibiotic was used to treat millions of soldiers with injuries that were vulnerable to infection.

A further highlight of the auction is a jewelled binding adorned with garnets and turquoise on a manuscript on vellum, written, illuminated and bound by Francis Sangorski and George Sutcliffe, estimated at £10,000 to £15,000). Inside, comprising 24 stanzas, is Edmund Spenser’s poem recalling every hour of his wedding day to Elizabeth Boyle in 1594. Sangorski and Sutcliffe founded their bindery in 1901 and were the first to  ‘create the art of  jewelled leather binding’. Their first jewelled binding covered an edition of Spenser’s Epithalamion (now at the British Library) and many of its design elements are found on the present manuscript of the same Spenser poem. Sangorski and Sutcliffe’s greatest masterpiece – the Great Omar, created in 1910 – famously went down with the Titanic. 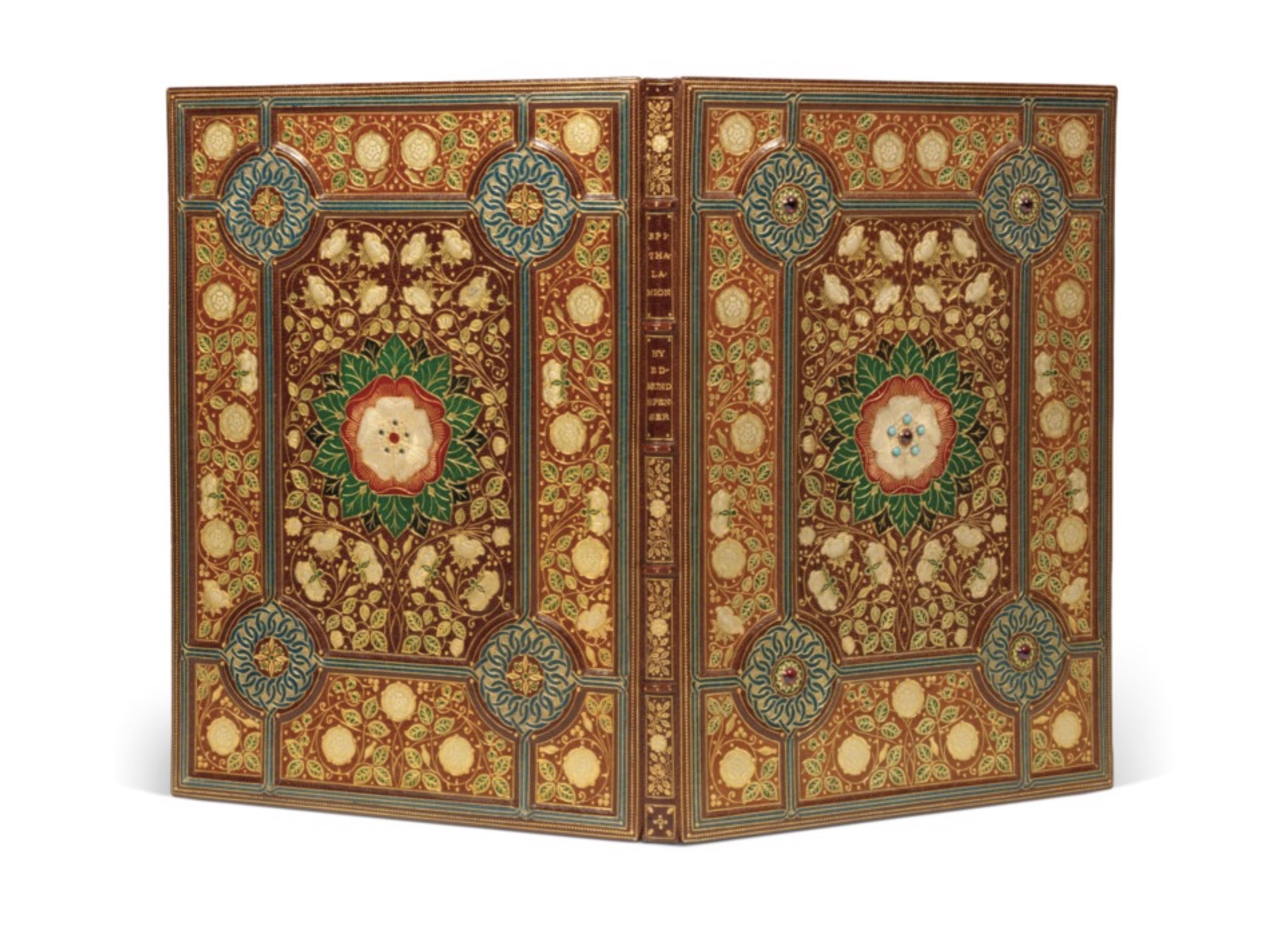 The sale will also present 16 original illustrations completed by Sir Quentin Blake for a virtual production of Cinderella, which will be sold to benefit Comic Relief. The series of illustrations were created for the 2020 Cinderella: A Comic Relief Pantomime for Christmas – a virtual Christmas pantomime retelling of the timeless classic, with a star-studded cast assembling online for this very special version of the fairy-tale. Money raised by the auction of Sir Quentin Blake’s illustrations will go to charities in the UK and around the world that help tackle child poverty, homelessness, domestic abuse and mental health stigma.