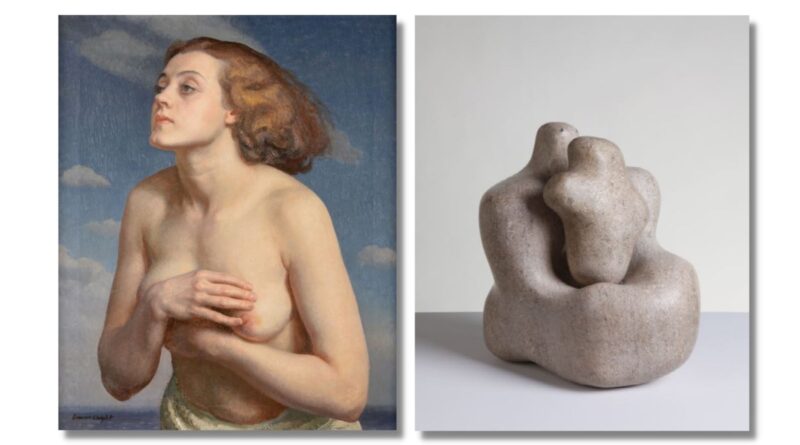 A North Yorkshire auction house is collaborating with some of the region’s leading public collection to present a virtual exhibition celebrating female artists from the 18th century to the 21st century.

Tennants Auctioneers will host the free exhibition on their website, and will highlight the extraordinary skill and imagination of female artists while demonstrating how they have overcome obstacles to achieve the same aesthetic greatness as their male counterparts.

The auction house commented, “The 21st century has seen society radically reassess truths that were once held as sacrosanct, with ideas around race, gender, sexuality and economics all being evaluated anew. In the sometimes rather reactionary world of art criticism and connoisseurship, one thing that has been looked at with new eyes is the female artist.”

For years ignored, misattributed and misunderstood, female artists are now being put centre stage at leading public galleries; a major exhibition at the National Gallery dedicated to Artemisia Gentileschi is now open online, and another celebrating Angelica Kauffmann was planned for Summer 2020 by the Royal Academy but was sadly cancelled.

Director and auctioneer Jane Tennants, said: “During this difficult time when public galleries have had to shut their doors, we are delighted to be able to collaborate with some of the great collections in the North to celebrate incredible works of art made by female artists.”

Alongside images kindly loaned by The Bowes Museum, Museums Sheffield, York Museums Trust, The Hepworth Wakefield and Harrogate Museums are a host of paintings, sculpture and prints that have been handled by Tennants Auctioneers, and the virtual exhibition offers a chance to see rare works by female artists that are now in private collections.