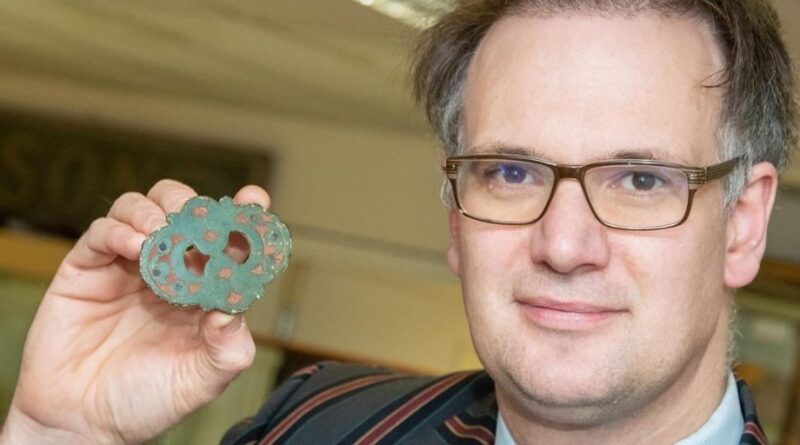 A car boot sale buy – which languished in a box for years – has turned out to be an ancient late Iron Age horse harness  potentially worth thousands of pounds.

And the owner only found out by chance after his father-in-law spotted an article in a national newspaper about an object which bore similarities to his ‘old piece of metal’.

He read about the auction success of an ancient British relic dug up by a metal detectorist, a 2000-year-old Celtic chieftain’s chariot brooch, and remembered his son-in-law had an item gathering dust that looked a little bit like it. The rare chariot brooch sold for £55,000 – seven times its £6,000-£8,000 estimate – in Hansons Auctioneers’ February 2021 Historica sale. 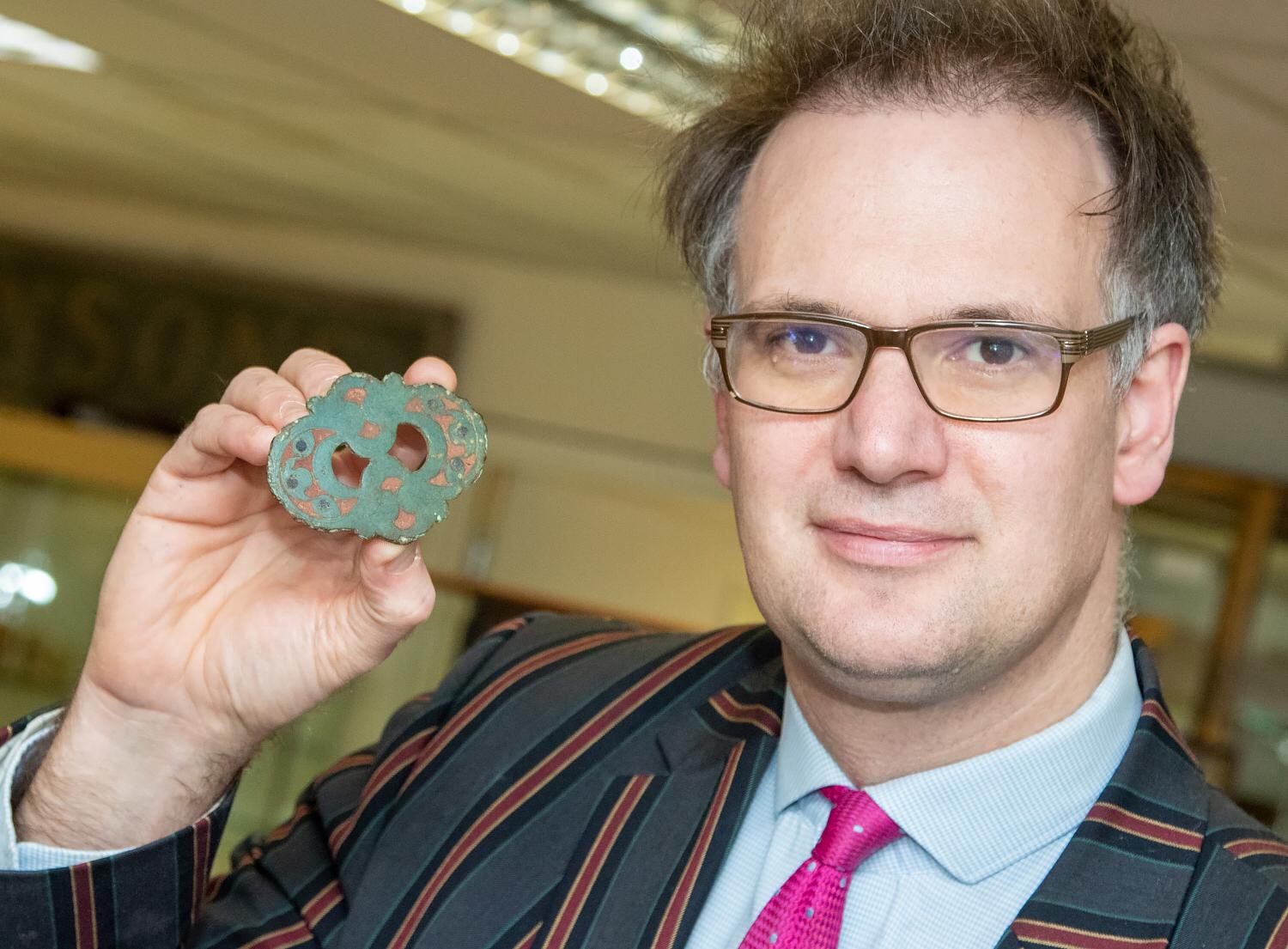 The car boot discovery has since been identified by Hansons as a 2,000-year-old late Iron Age horse harness mount. It has an engraved curvelinear design inlaid with red champleve enamel and blue glass. This distinctive style originates from South East England and the British Museum has a similar example from London. It’s set to go under the hammer in Hansons’ May 20-21 Historica Auction with a guide price of £1,000-£2,000.

Meanwhile its owner, Miguel Ángel Fuster Aparicio, a 38-year landscape gardener and former Amazon delivery driver from Ashford, Middlesex, still can’t believe it: “I am very lucky,” he said, “especially because I might never have known about it if my father-in-law hadn’t bought a paper, and he doesn’t usually buy papers.

“I bought it at a car boot sale in Middlesex about two years ago, maybe longer. I can’t remember exactly. It was in a general box of old coins and bits of metal that I paid around £10 for. I never spend much at car boots but like to buy old coins and metal toy cars, that sort of thing. 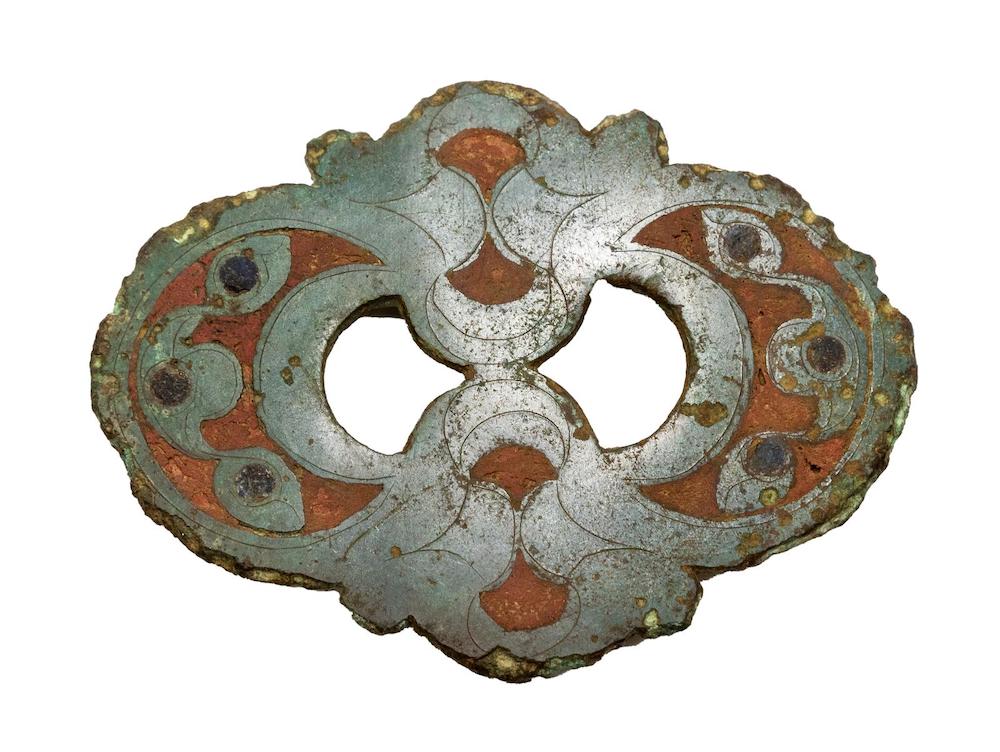 “Something else actually took my eye in the box the harness mount was in. I had no idea what it was, or that it was so old and valuable. After reading the article, my father-in-law said it might be worth something so we took it to Hansons. When I heard the valuation I thought, this is not possible – it must be a joke. But I’ve done my internet research and now know all about its history. It’s by far the most important thing I’ve ever found at a car boot sale. It’s unbelievable.

“I can’t remember which car boot sale I found it at. Every weekend before lockdown, I would go to all the car boot sales in about a 20-mile radius of Ashford looking for things. I love history.

“It’s just been lying in a box in my garage for at least two years and that’s where it would still be if my father-in-law hadn’t picked up that newspaper when he went fishing. I don’t think he caught any fish that day but he discovered I’d hooked an amazing catch.

“I’m excited about it going to auction. It will be interesting to see what it makes. I hope it goes to someone who will appreciate its historical value. It would have been such a shame if it had been left in a box and forgotten.”

Adam Staples, Hansons’ Historica consultant, said: “What an amazing car boot find. They don’t get much better than that. It’s an impressive example of a late Iron Age harness mount in very good condition considering its age. The Celtic artwork incorporates a subtly concealed animal face and I think there will be fierce competition for it at the auction.”