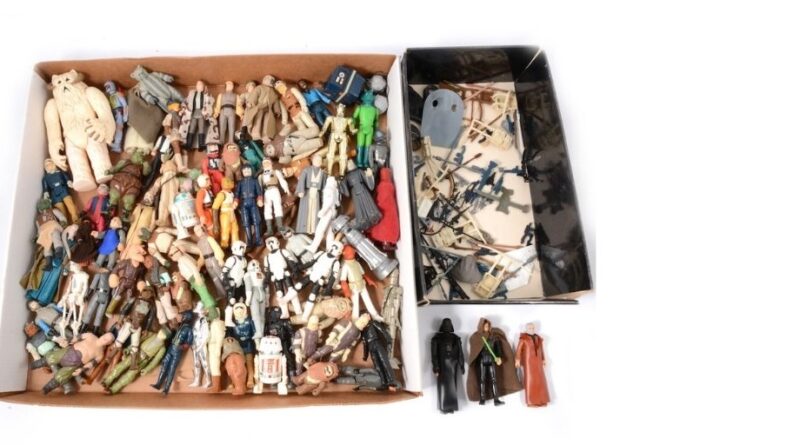 A collection of Star Wars action figures sparked a fierce bidding war at a recent sale, resulting in a sale price wildly surpassing both the auction estimate and an offer made by a dealer.

The assortment of around 80 original Star Wars action figures with accompanying tray of accessories went under the hammer for an impressive £4,200 when it was sold at Leicestershire-based Gildings Auctioneers’ latest Toys, Model Railways, Memorabilia & Comics sale, which took place as an online-only auction. 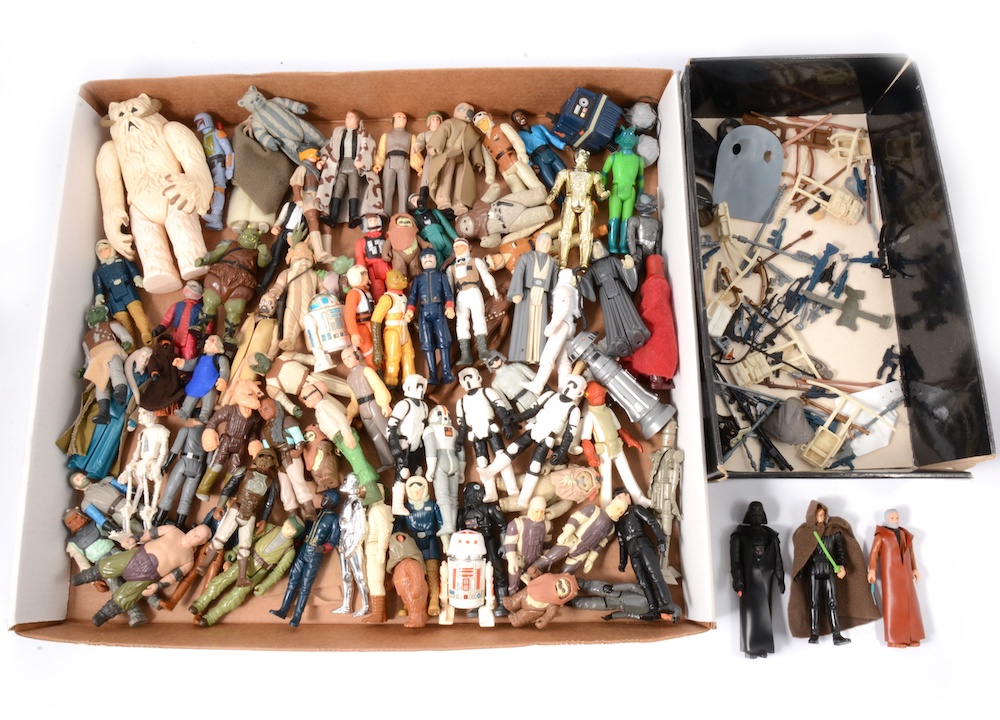 Despite previously being offered £900 for the Star Wars collection plus an assortment of other 80s action figures and early games consoles by a dealer, the seller decided to sell at auction, where demand from collectors on the day resulted in a hammer price over eight times the auction estimate of £300 – £500 for the Star Wars Collection alone.

In total, the seller’s consignment, which included two more Star Wars collections of playsets, vehicles and spacecraft toys that sold for £360 and £400, will return £6000 after charges. “This was a great example of what can happen when several determined collectors have their eyes on the prize, making a sale price at auction vastly exceed a single ‘take it or leave it’ offer from a dealer,” commented Gildings’ toys and memorabilia specialist Andrew Smith. “Indeed, even if the Star Wars figures hadn’t made the astonishing hammer price of £4,200, the fact that the entire consignment made over £6000 before fees means the seller would still have made far more at auction than by selling to the dealer.” 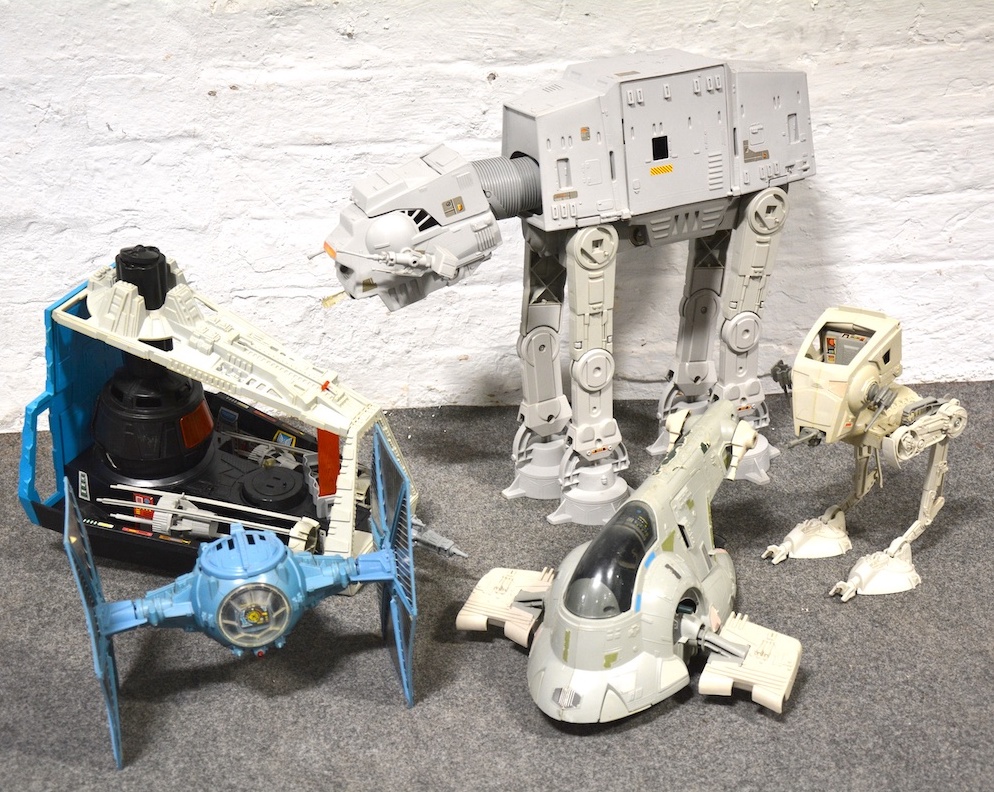 The sale price achieved for the collection was particularly striking considering that none of the action figures in the £4,200 lot were in the pristine and packaged condition that is generally most coveted by collectors.

“This sale also included a single Ben (Obi-Wan) Kenobi from a different seller in its original but not perfectly-preserved packaging which sold for £220, demonstrating the higher amounts collectors will pay for items in better condition. However, this result emphatically proves that coming to auction in preloved condition is no barrier to Star Wars figures achieving stunning results,” continued Andrew Smith.

“The memorabilia and toys sector is currently seeing increasing demand, so now is the perfect time to sell,” said Andrew Smith. “And as this auction proved, retro toys from the 1980s and 1990s are becoming particularly sought-after. The Star Wars seller’s consignment also included a collection of two Action Men plus vehicles and accessories, which sold for £220. Early gaming consoles also proved popular with a Nintendo Entertainment System Nes gaming console and games selling for £300 and a Sega Master System II plus games selling for £230. Another highlight was just two Nintendo Entertainment System Nes games selling for £120. One of the games, Parodius, is rare, but even so, the seller made more at auction than they would have got from a ‘buy it now’ listing on eBay.”