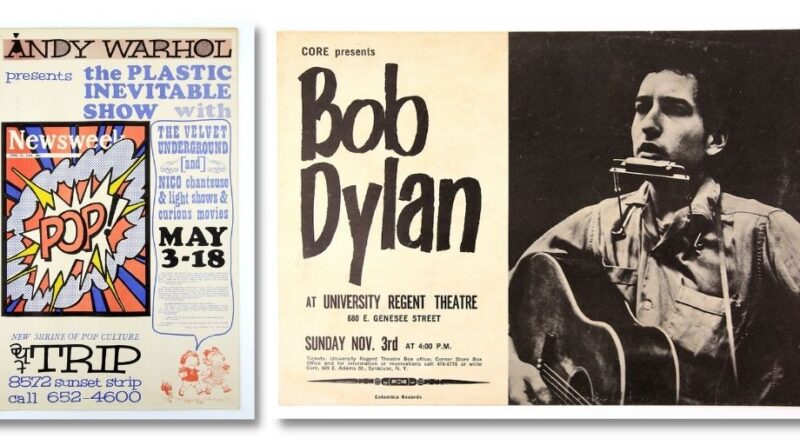 A rare window card advertising a series of shows by The Velvet Underground and Nico in Los Angeles in the late 1960s is one of the leading lots in a Surrey auction house’s upcoming sale of entertainment, memorabilia and movie props. 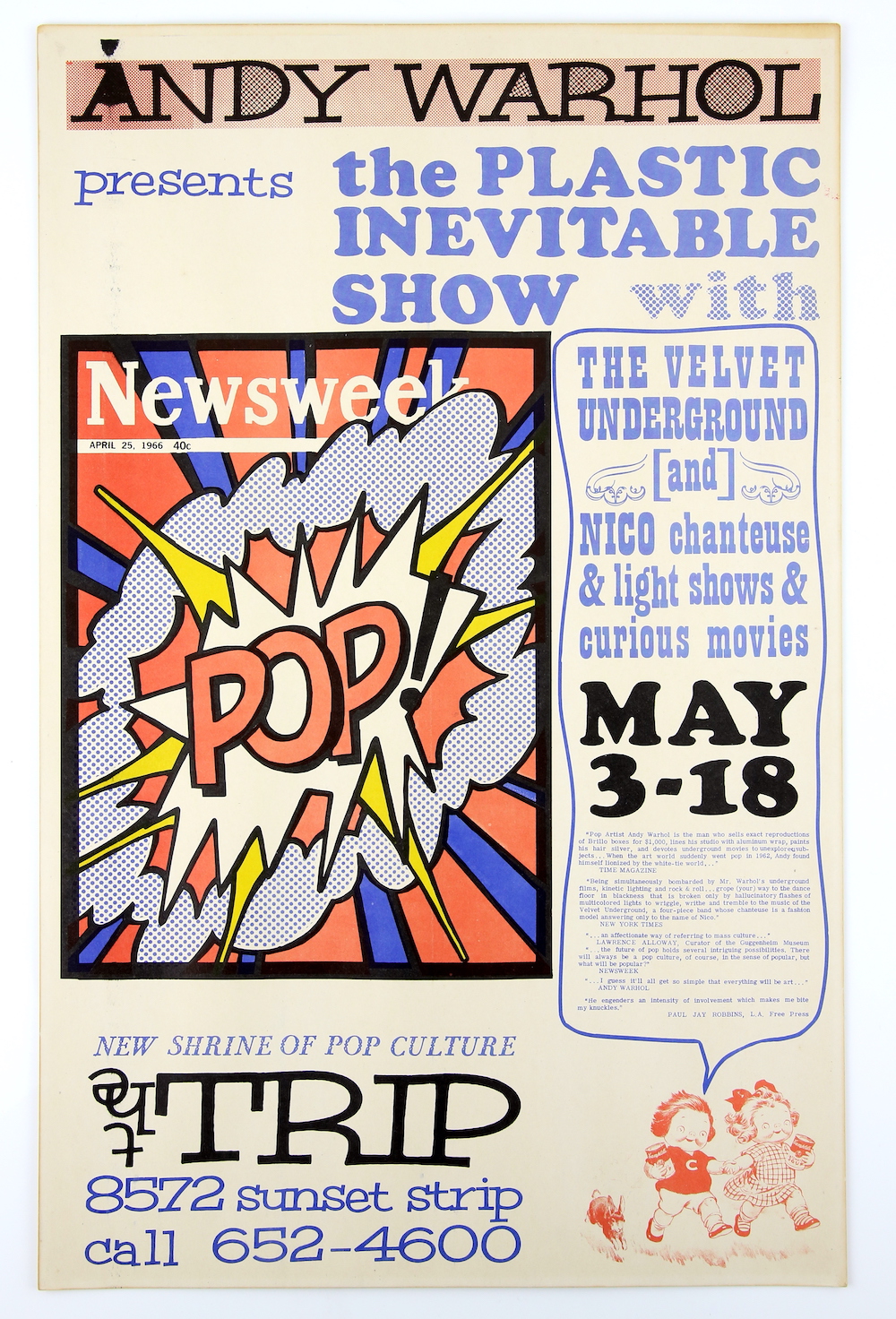 Ewbank’s is offering the original window card, which measures 14 by 22 inches, advertising the “Andy Warhol Presents The Plastic Inevitable Show” starring The Velvet Underground and Nico, who, at the time, did not have a record contract.

The show was an Andy Warhol-inspired multimedia event featuring iconic rock band, The Velvet Underground and Nico, with dancers, light shows and Warhol-produced films. Although the event was booked for two weeks of shows, between May 3 and 18 1966, at the The Trip, on the Sunset Strip in Los Angeles, the Sheriff’s Department shut the venue down after only a few days.

During the shows which did go ahead, the band recorded its self-titled debut album, which although it sold poorly and was largely ignored by critics at the time, has since been deemed ‘the original art rock album’. In 2003, it was ranked 13th on Rolling Stone magazine’s list of the 500 greatest albums of all time.

The team at Ewbank’s is expecting great interest from collectors for this rare window card and has set its pre-sale guide price at between £2,000 and £4,000.

Another original window card for a 1960s rock concert, this time promoting a Bob Dylan performance at the University Regent Theatre in Syracuse, New York, on November 3, 1963, is also going under the hammer. It carries of estimate of between £1,000 and £2,000. 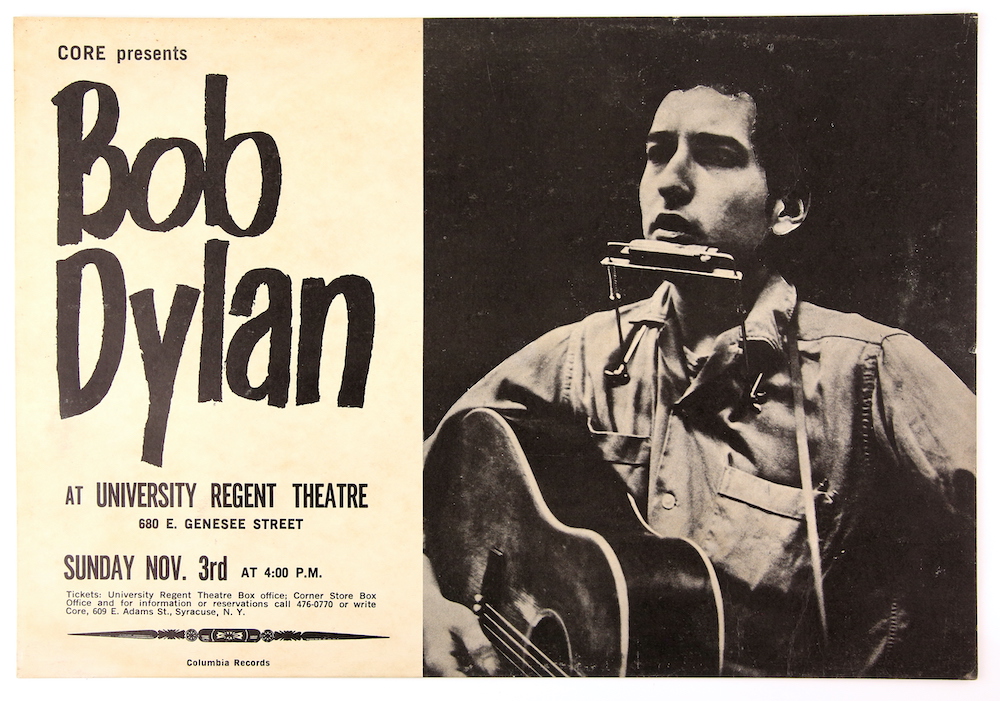 Harry Potter fans are sure to be clamouring to bid for an uncorrected proof copy of the first edition of Harry Potter and the Philosopher’s Stone, the first novel in the series by J.K. Rowling. It is in original white and yellow wrappers, is one of approximately 200 copies produced, and includes an error to title page which cites “J.A Rowling” as the author. It has been valued between £1,000 and £1,500. 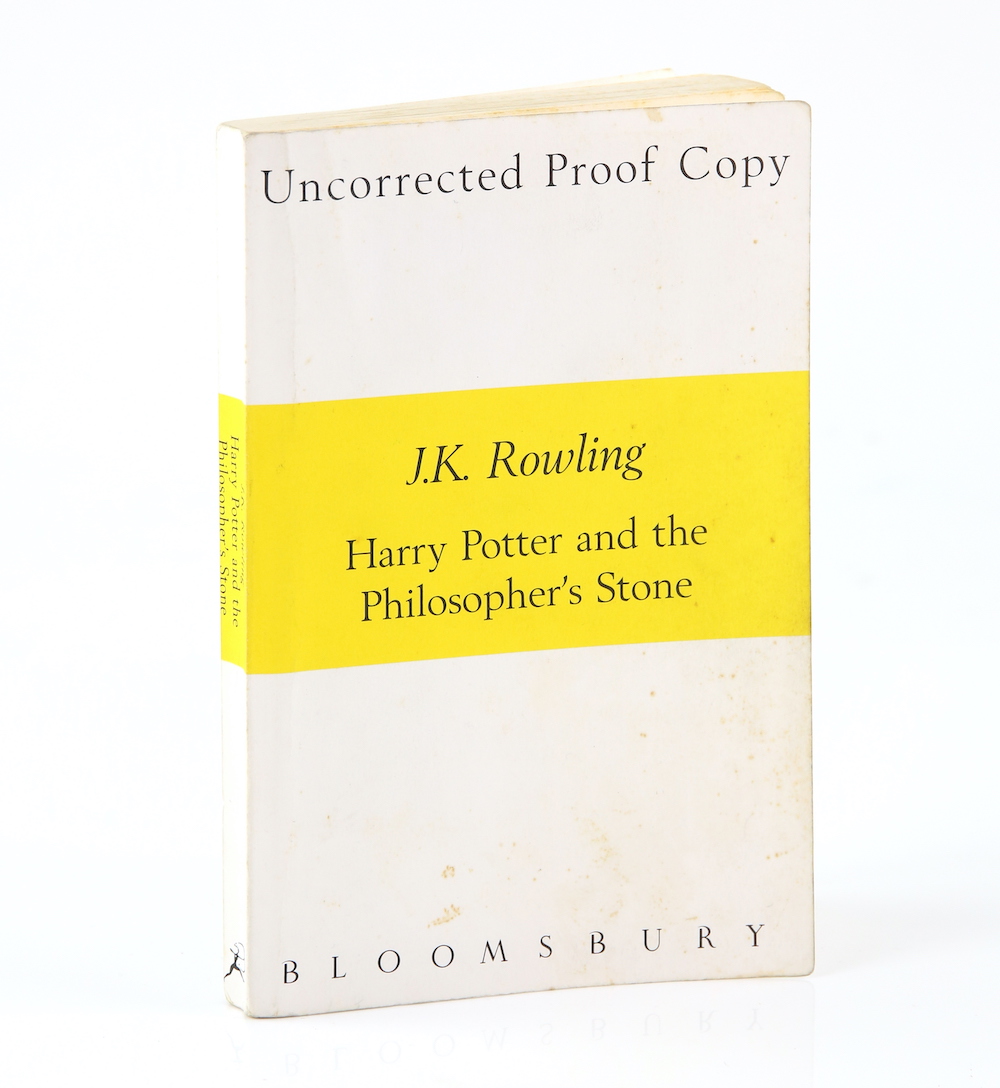 A pair of Jimmy Choo shoes worn by Barbara Windsor as feisty landlady Peggy Mitchell in EastEnders, has an estimate of between £300 and £500. Each shoe is signed on the bottom in black felt tip, and the pair comes with a signed cast photo of Windsor. 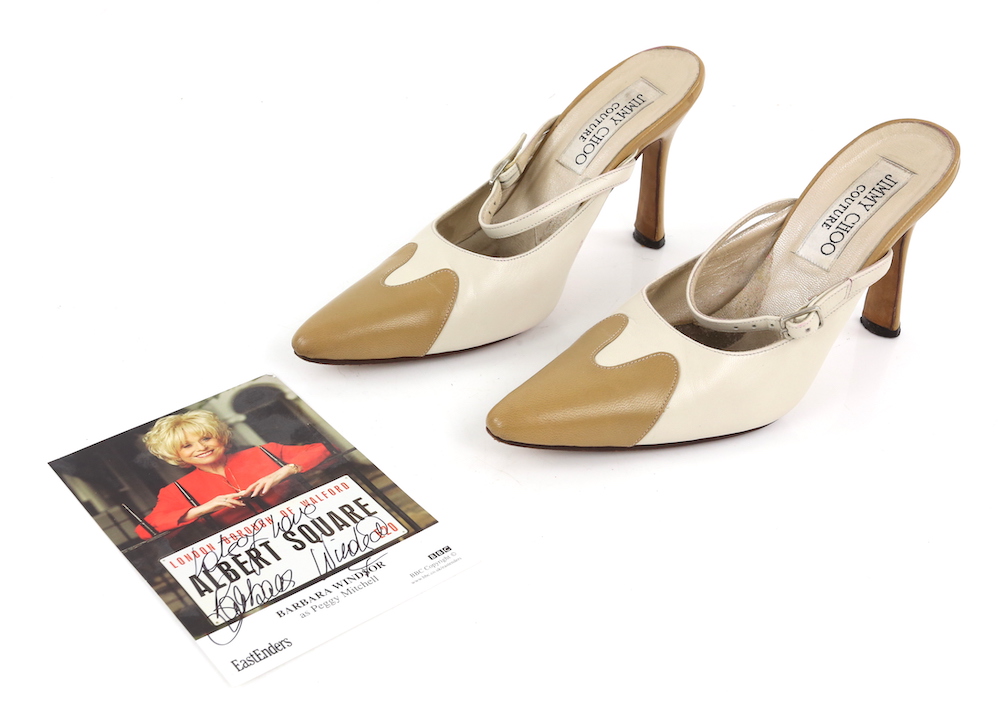 Among the many posters and autographed photographs for sale is a poster of 1979 film, Performance, starring the Rolling Stones’ Mick Jagger. This poster features artwork by Vic Fair and is the rarer and more sought-after version of the design by collectors. It is folded and carries a guide price of between £300 and £500.

A pair of signed and framed autograph cards bearing the signatures of Star Wars’ legends Harrison Ford, as Hans Solo, and Carrie Fisher, as Princess Leia, has been valued at between £300 and £500. The cards are mounted alongside an image from Star Wars, and were obtained by the vendor in person during the UK press junket for Star Wars: The Force Awakens (2015). 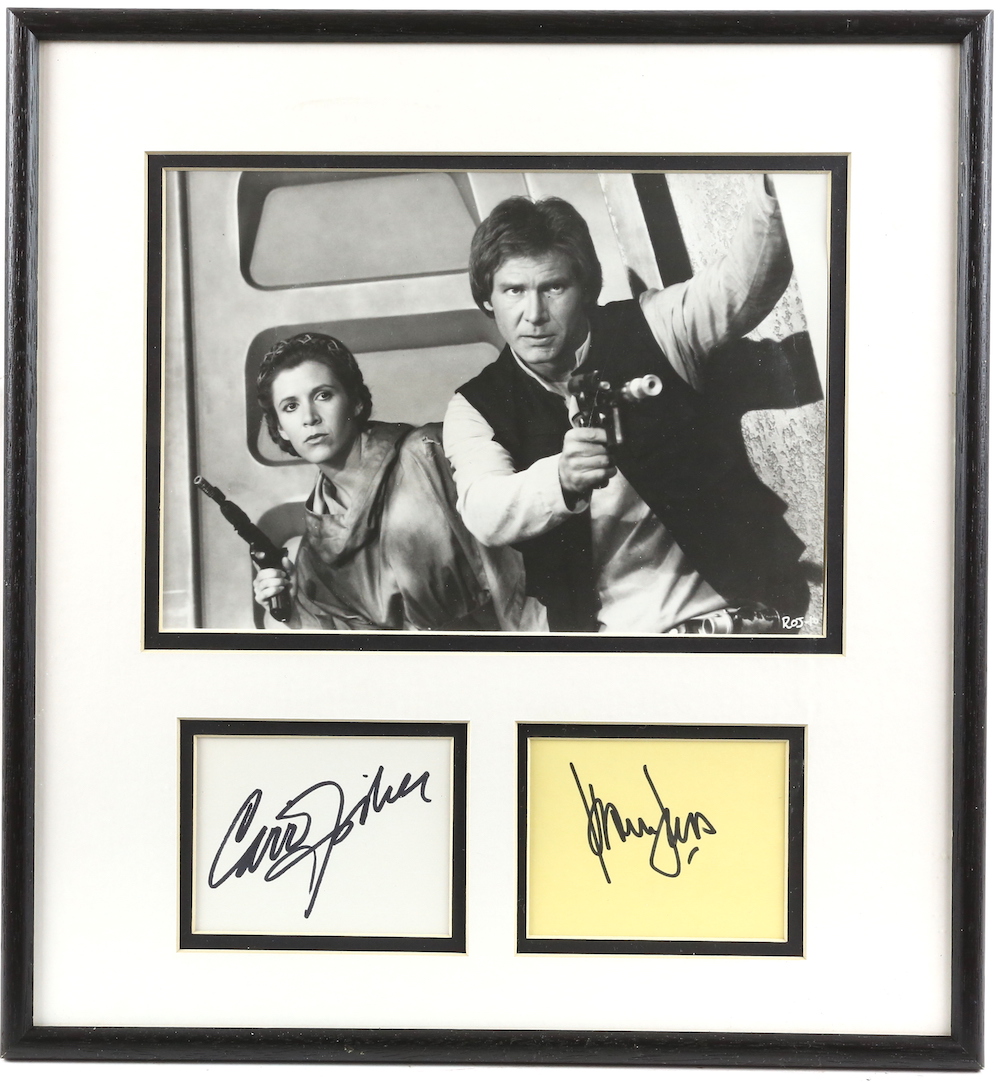 Another piece of memorabilia from the same Star Wars film, an original Landspeeder Blueprint from Episode 7, reused for Episode 8 (and was seen in the Episode 8 making of), has a guide price of between £100 and £150. It is a large poster-sized colour design and is stamped with PRELIMINARY FOR DISCUSSION ONLY, with AVCO working title on top left corner. It comes with an A4-sized concept print of similar Landspeeder.

Other lots of note include a Gerry Anderson TV Century 21 fan comic, No. 1 Universe edition from January 1965, which has been valued at between £200 and £400. Following the success of Thunderbirds, Fireball XL5 and Stingray and its accompanying merchandising, TV Century 21 was created in the form of a tabloid style newspaper of the future. It would come to include artwork by some of the most well-known British comic artists such as Ron Embleton, Frank Bellamy and Mike Noble.