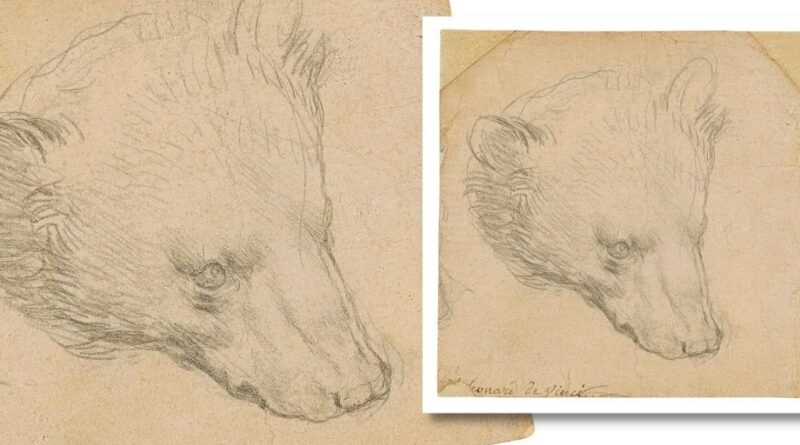 Leonardo da Vinci’s Head of a Bear will be offered for sale at Christie’s in London as a highlight lot in the Exceptional Sale, taking place live on July 8.

This penetrating study of a bear’s head, one of less than eight surviving drawings by Leonardo still in private hands outside of the British Royal Collection and the Devonshire Collections at Chatsworth, measuring 2 ¾ x 2 ¾ inches (7 x 7 cm), it is executed in silverpoint on a pale pink-beige prepared paper, a technique which Leonardo was taught by his master Andrea del Verrocchio. 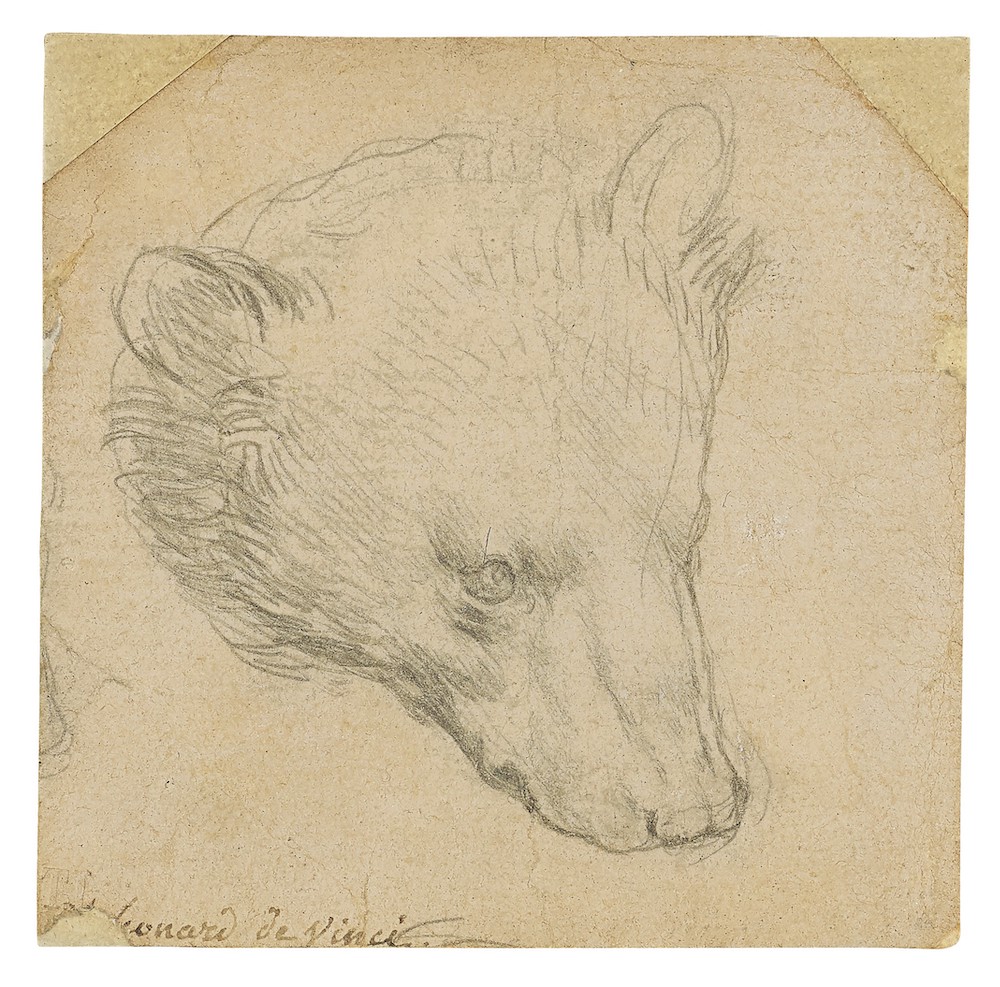 The drawing will be on public exhibition at Christie’s in Rockefeller Centre in New York from May 8 and then move on to be shown at Christie’s Hong Kong from May 20 to 25. It will then go to London where it will be on view from June 1 to 6 prior to the Exceptional sale where it is expected to sell for £8,000,000-12,000,000.

The drawing’s distinguished history can be traced back to Sir Thomas Lawrence (1769-1830), the renowned British painter whose collection of old master drawings is considered among the greatest ever assembled. After Lawrence’s death in 1830, the drawing passed to his dealer (and major creditor) Samuel Woodburn, who sold it at Christie’s in 1860 for £2.50.

In the first half of the twentieth century, the drawing was in the collection of another great British collector, Captain Norman Robert Colville, who also owned Raphael’s Head of a Muse, sold at Christie’s in 2009 for £29,161,250 ($48,009,960).

Since its first public exhibition in 1937, it has also been shown at museums around the world including the London National Gallery’s Leonardo da Vinci exhibition in 2011-12. The work was exhibited in London, The National Gallery, Leonardo da Vinci Painter at the Court of Milan, 2011-12; Abu Dhabi, Louvre Abu Dhabi; Moscow, Pushkin State Museum of Fine Arts and Saint Petersburg, State Hermitage Museum in 2018.

The medium connects this sheet to three similar small-scale studies of animals, a study of two cats and a dog in the British Museum, its companion double-sided sheet with studies of a dog’s paws in the National Galleries of Scotland, and a study of a walking bear in the Lehman Collection at the Metropolitan Museum of Art. The studies can all be dated to the first half of the 1480’s.

The face of the bear is very close to the ermine in Leonardo’s portrait of Cecilia Gallerani or Lady with an Ermine now in the Krakow Museum.

Ben Hall, Chairman, Old Master Paintings, Christie’s New York commented: “I am delighted that this masterpiece one of the most important works from the Renaissance still in private hands has once again been entrusted to Christie’s after its first sale in 1860. The work has been owned by some of the most distinguished collectors in the field of Old Masters across many centuries, not least the present owner who has owned it since 2008. It has been admired around the world whilst shown by prestigious museums and Christie’s is honoured to bring this Leonardo to the market this season.”

Stijn Alsteens, International Head of Department, Old Masters Group, Christie’s Paris commented: “After having sold Leonardo da Vinci’s drawing Horse and Rider in 2001 for over £8m ($11m), still the world record for a drawing by the artist today, Christie’s is proud to offer another work by arguably the greatest draughtsman the world has ever known. I have every reason to believe we will achieve a new record in July for Head of a Bear, one of the last drawings by Leonardo that can be expected to come onto the market.”