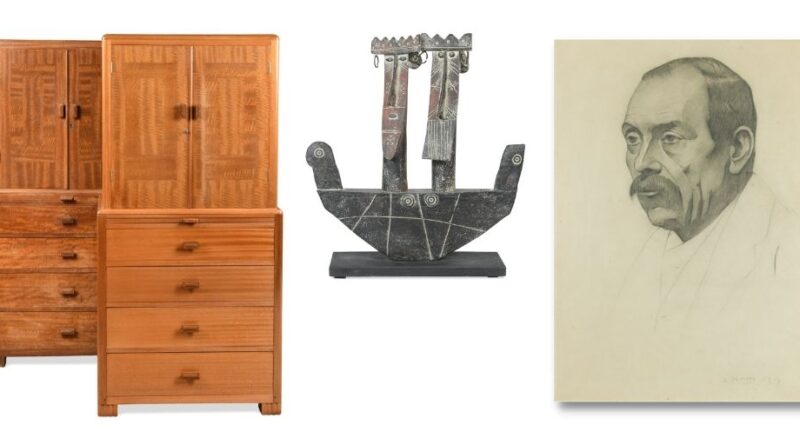 Works by some of the biggest names in 20th-century art, furniture-making and sculpture will be offered for sale at the Cheffins’ Art & Design Auction on May 27 in Cambridge.

Among the over 200-lot pictures section is an original sketch by Laurence Stephen Lowry, from a private UK-based collection. The picture is titled simply Portrait of a Man, and is estimated at £10,000 to £15,000. 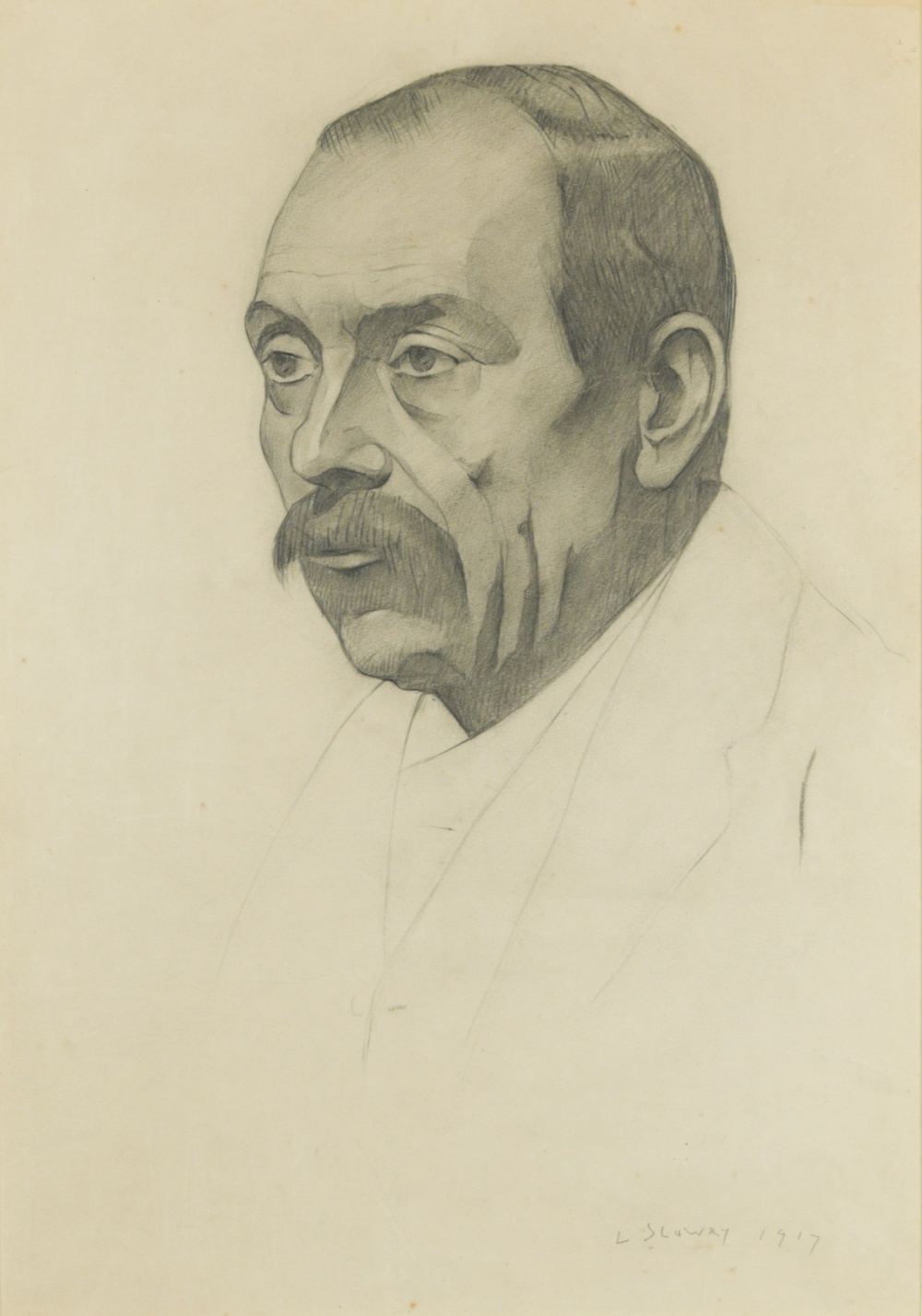 From another stalwart of 20th-century art is a self-portrait by John Northcote Nash, circa 1945, which is estimated to sell for between £3,000 to £4,000. These are accompanied by a series of watercolour sketches by Edward Seago, for the set design of Mother Goose at Cambridge Arts Theatre, dated 1950, which are set to sell for between £400 to £800 apiece, as well as an additional portrait of actress Betty Astell, also by Seago, which has an estimate of £7,000 – £10,000.

The sale will also include the second part of the diverse 20th–century art collection from Yorkshire-based philanthropist and businessman, Roger Moss, OBE, which includes a number of sketches by Jacob Epstein, among others. Also, from various collections UK-wide, there is a series of signed prints, by the likes of Mary Fedden, Edward Bawden, Marc Chagall, Salvador Dali and Dame Elisabeth Frink, with estimates ranging from £100 to £500.

Brett Tryner, Director, Cheffins, said: “The pictures section of the Art & Design sale includes something for all tastes and budgets, with an eclectic range of both original works from some of the biggest names in 20th–century art through to more contemporary prints and lithographs. The Seago works are of local importance to Cambridge, whilst the Lowry and John Northcote Nash works have already seen pre-sale interest from trade and private buyers.”

The objects section is dominated by 14 works by British ceramicist, John Maltby. Born in Lincolnshire, Maltby was a student of David Leach, Bernard Leach’s son, and founded the Stoneshill Pottery in Devon, where he worked until his death in 2020. On offer at the auction are a series of Maltby’s stoneware figures, inspired by English folklore, including a stoneware model, titled ‘Royal Barge’ from 2007, which has an estimate of £1,000 to £1,500. 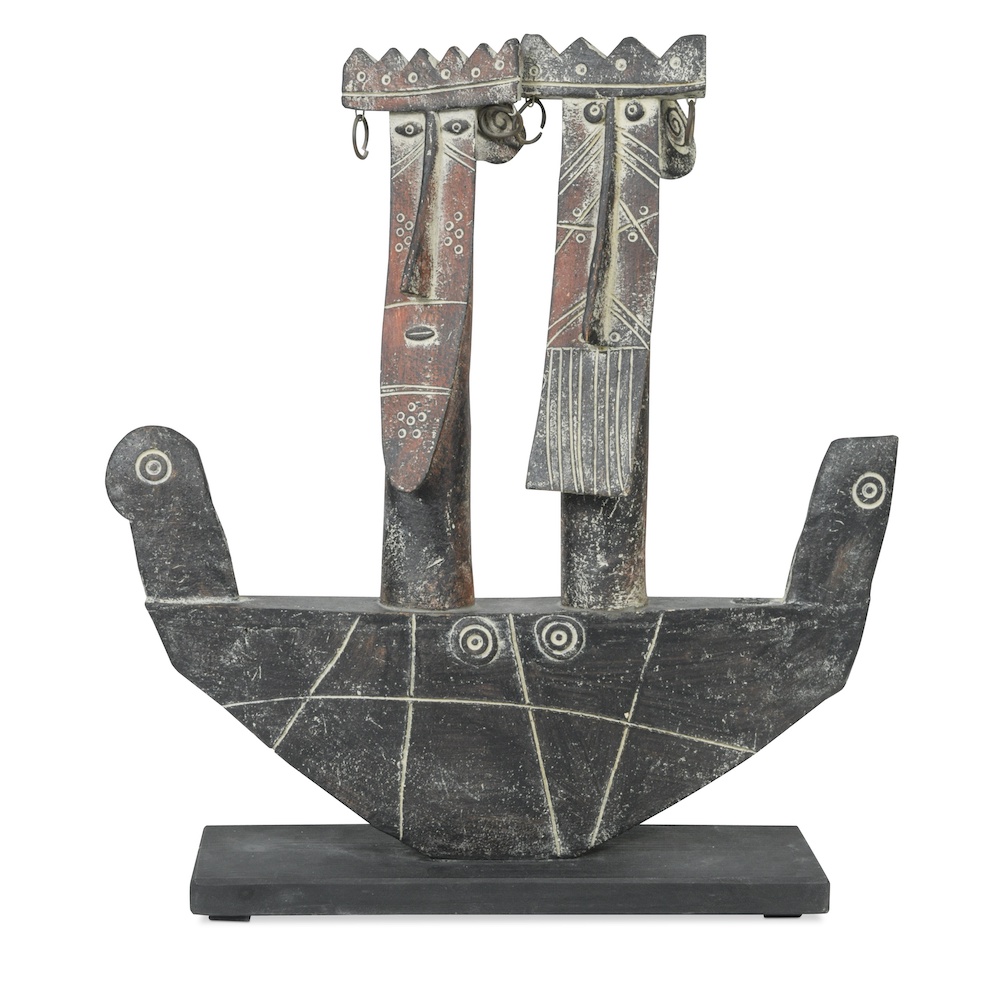 Johannesburg-born artist, Dylan Lewis, also features heavily in the sale, with a series of wildlife-based pieces seeing some of the highest estimates of the section. These include two bronze and glass tables, featuring three sitting cheetahs each of which has an estimate of £10,000 to £15,000 and a bronze sculpture of a leopard head, which is expected to sell for between £7,000 to £10,000, a proportion of the proceeds from the sale of these pieces will be donated to Tusk Trust to support its wildlife conservation work across Africa. The sale also features one of Lewis’ human forms, ‘Male Trans-Figure IV Maquette’ which has an estimate of £8,000 to £12,000. 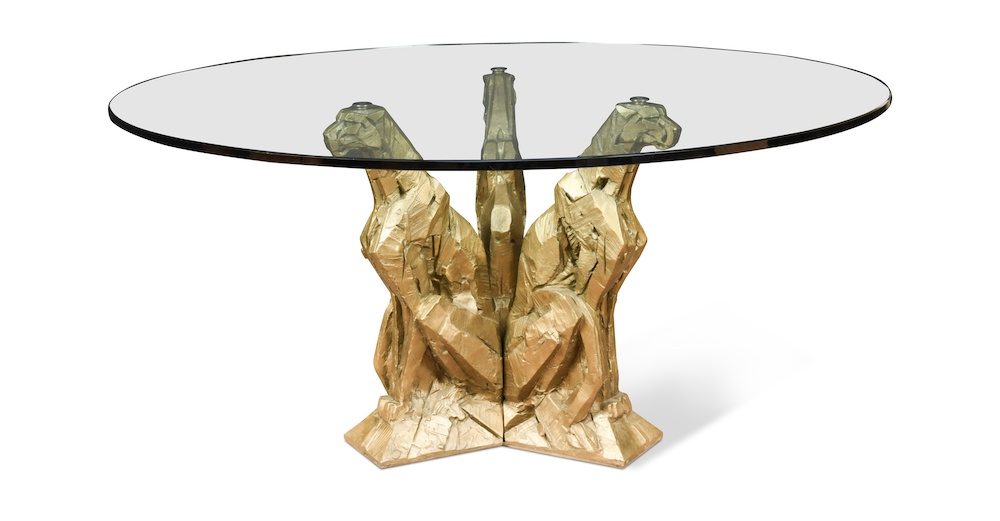 Alongside a series of pieces from Heal’s, David Linley, Edward Barnsley, Robert ‘Mouseman’ Thompson and other iconic names in 20th-century furniture making, is a collection of pieces from 1930s-woman designer, Betty Joel. The popularity of Betty Joel’s early designs, known as ‘token furniture,’ which were retailed through her husband David Joel’s shops in London, earnt her a reputation as a serious designer and a series of commissions from clients such as Sir Winston Churchill and Lord and Lady Mountbatten.

Items on offer by Betty Joel, include a number of pieces from her ‘Token Works’ heyday, including a walnut sideboard, a triple wardrobe, two different walnut chests of drawers, a mirror, two mahogany drinks cabinets and a dining table, all with estimates ranging from £100 to £1,200. 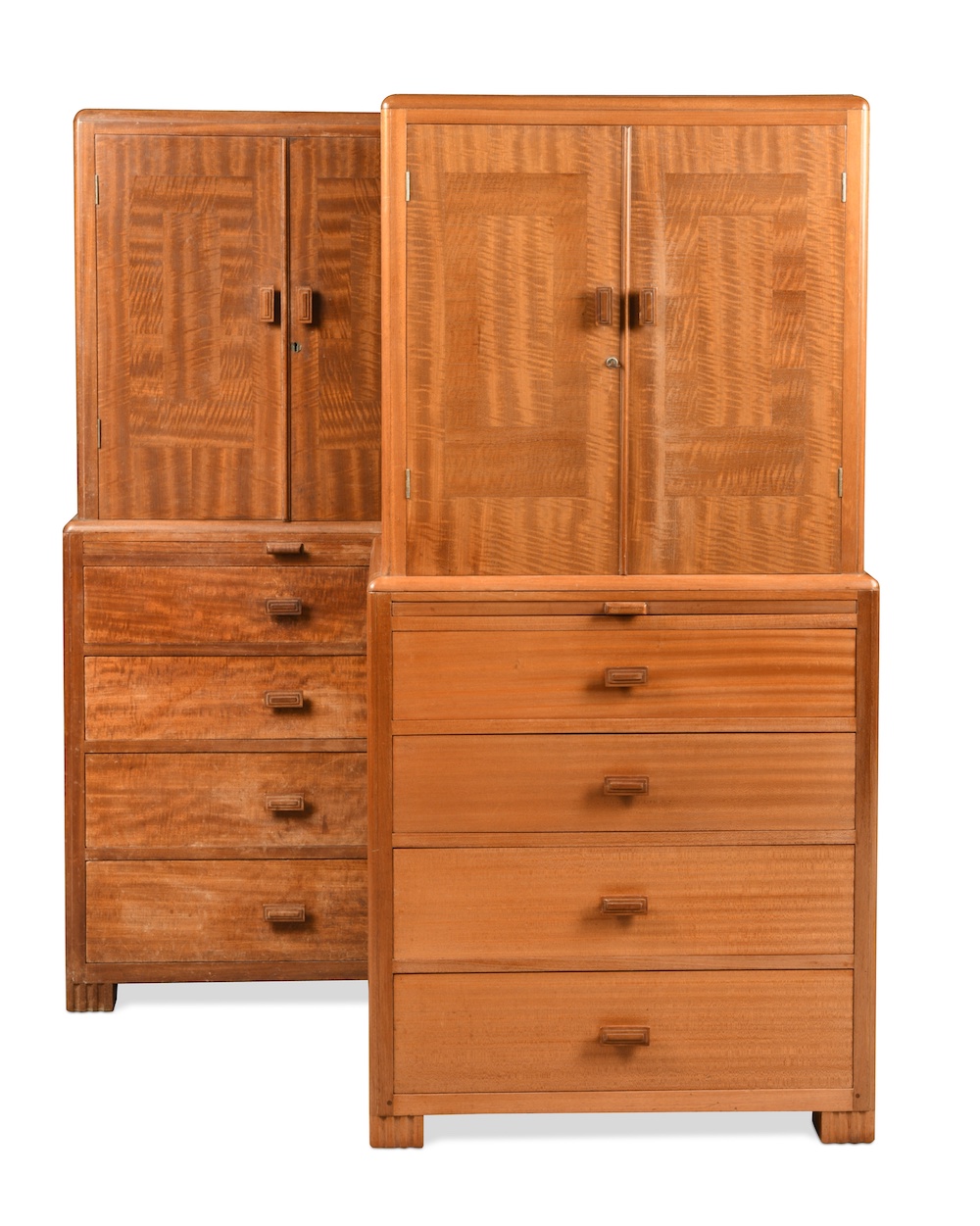 Also within the sale is an armchair from the investiture of the Prince of Wales from 1969, designed by the Rt. Hon. The Earl of Snowdon, along with two accompanying photographs of the ceremony, with an estimate of £400 to £600.

Martin Millard, Director, Cheffins, said: “The brevity of Betty Joel’s career has only gone to reinforce her legacy as one of the leading lights of British Modernism in furniture design, and it is a genuine treat to see such an assemblage appear on the market like this.  It is also a pleasure to be able to offer the Dylan Lewis pieces, the added benefit of being able to give something back to a cause so central to his subjects.”