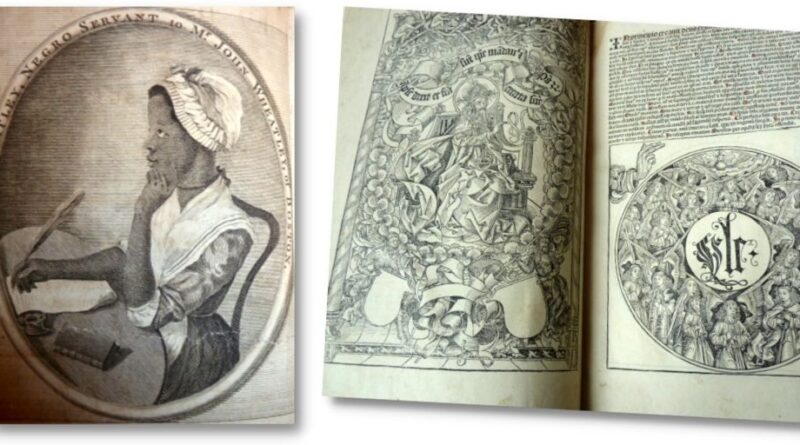 The Nuremberg Chronicle, one of the earliest and best documented printed books, is coming up for sale at The Cotswold Auction Company next month.

The tome, the first to combine illustration and text successfully, was published in 1493 and comes from a private collection, formerly residing at Bowden Hall, Upton St Leonards in Gloucestershire. 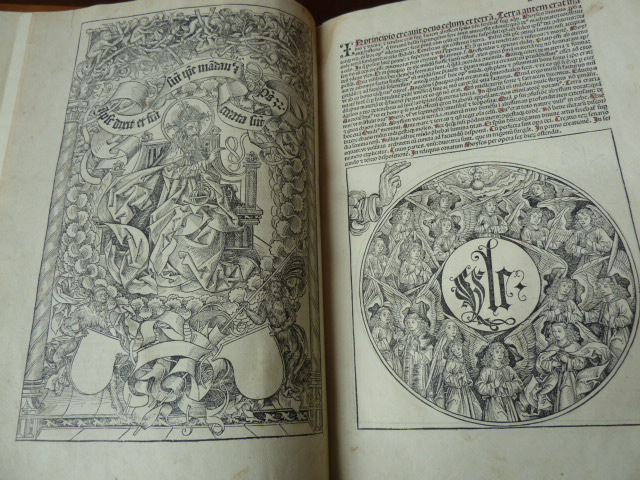 The author was Hartmann Schedel (1440 – 1514), a German historian, physician, humanist and one of the first cartographers to use  the printing press. The book was produced by printer Anton Koberger (c 1440 -1513) in Nuremberg.  The Chronicle depicts the Seven Stages of Biblical History and is lavishly illustrated with more than 1800 woodcuts, overseen by two Nuremberg artists  Michael Wolgemut and Hans Pleydenwurff. It is also possible that Albrecht Durer, who was an apprentice to Wolgemut, may even have contributed, though none of the illustrations is signed.

The work also features extensive geographical information of the world as known at the time, showing many European cities never before illustrated, as well as biblical scenes. The book is a massive tome. This copy has been rebound in superb pale blind stamped pigskin by Bayntun in 1977.

From the same collection comes an incredibly rare book, an 18th-century volume of poetry by a young enslaved woman, the first African American woman to be published, Phillis Wheatley (1753-1784). The book is entitled Poems on Various Subjects, Religious and Moral – Negro Servant to Mr John Wheatley of Boston, in  New England”, published ‘according to Act of Parliament, Sept, 1st 1773 by Archibald Bell’. 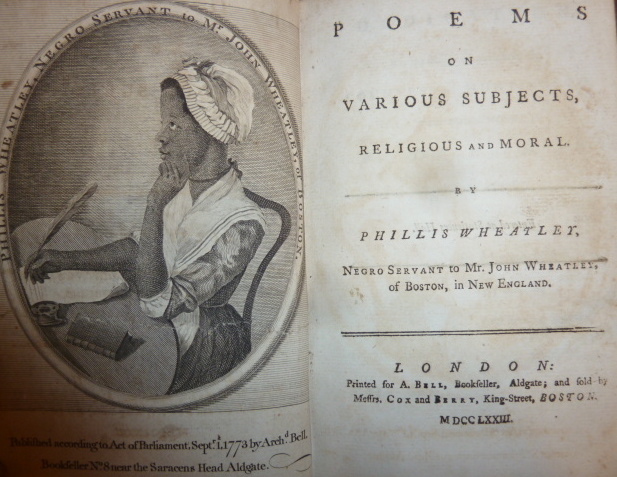 The slender title has an engraved portrait of Phillis as the frontispiece. She left an indelible mark on American and world slave history. She was taken as a child from the Gambia in 1761 at seven years old and bought as a companion for the ageing Mrs Wheatley – named for the ship ‘The Phillis’, which brought her, and the family which purchased her. The Wheatley family realised her intelligence and in addition to teaching her reading and writing, she learned biblical studies, Greek, Latin, British literature, geography and astronomy. She began writing poetry in her early teens, taking inspiration from her African culture and her new-found faith. She was the first African-American woman to be published.

Her most renowned poem was written at the age of 15, condemning the evils of racism from a Christian perspective ‘ On Being Brought from Africa to America’ contains the poignant line: “Remember, Christians, Negros, black as Cain/ Maybe refined, and join th’ angelic train…”

She visited London in 1773 for the publication of her poems, with the financial support of the Countess of Huntingdon. She was a social and literary success, returning back to America due to the illness of Mrs Wheatley.

After the publication of her poems at the age of twenty, she was given her freedom and married John Peters, a free grocer, in 1778. Despite gaining her liberty, life was hard, notwithstanding Phillis’s fame in literary and abolitionist circles, and the couple lived in poverty. John Peters was imprisoned for debt in 1784, and Phillis died in December of the same year, aged 31, followed by her infant child, possibly the third to succumb.

Jenny Low, book cataloguer at The Cotswold Auction Company, said: “This book just doesn’t come up at auction – this is such a rare opportunity –and we have placed a wide estimate of £5,000 to £10,000 on it.  Phillis made history and we anticipate interest from libraries, African-American historians and many collectors.”

The sale takes place on June 8.