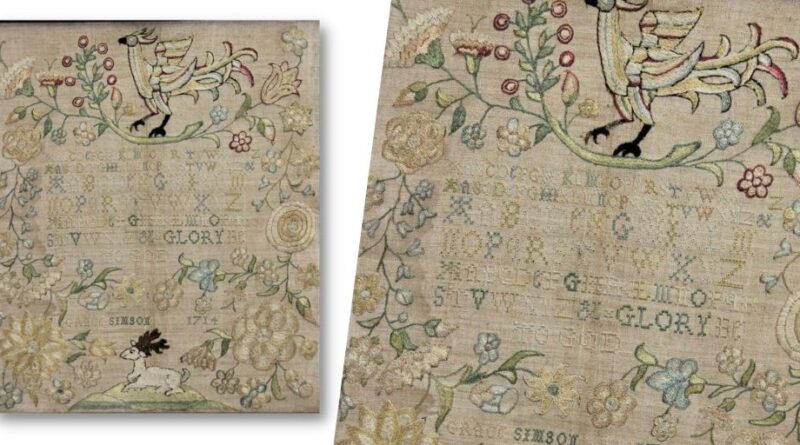 One of the leading lots in a recent Somerset sale was an 18th-century sampler that sold for a remarkable hammer of £12,500.

Worked by a young girl called Grace Simson and dated 1714, the colourful sampler was decorated with alphabets, flowers and birds. It was sought-after by bidders and climbed above its estimate to reach its final price, despite some evidence of 300 years of fading and some repairs. 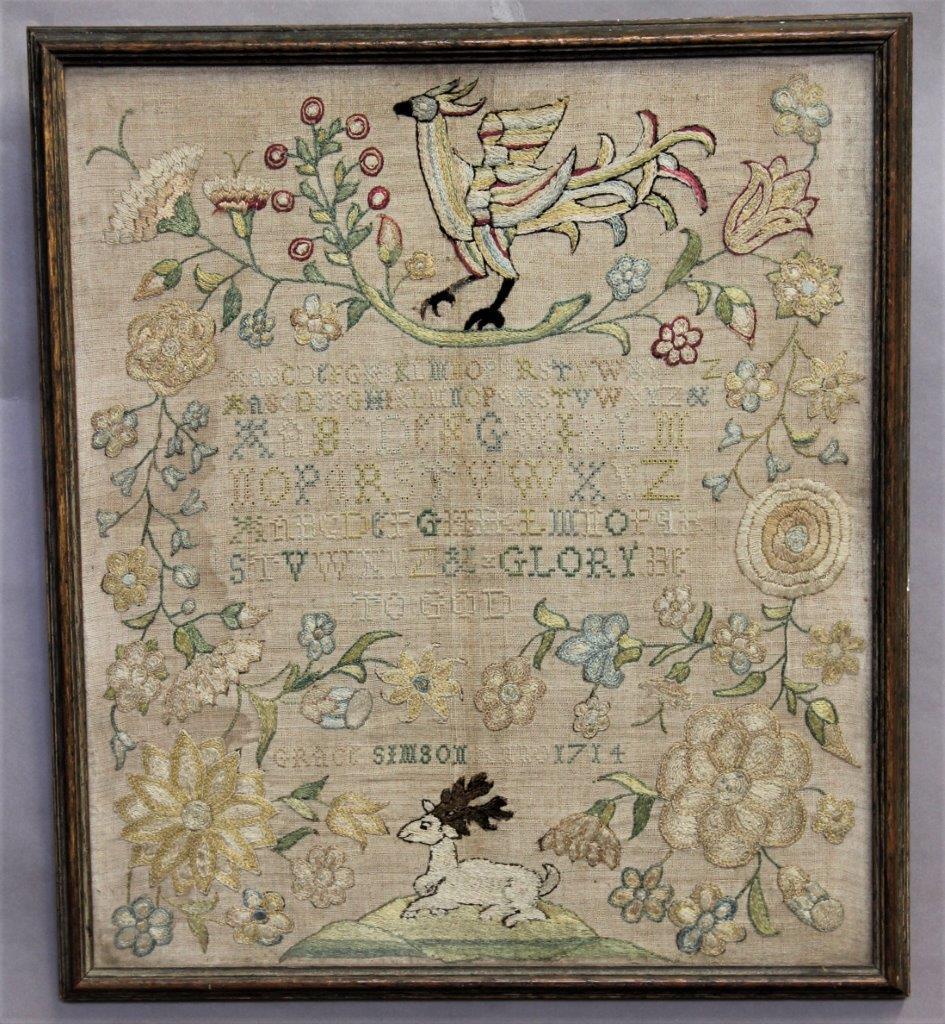 Elsewhere in Lawrence’s first three-day fine art sale since last October, one of the most surprising results came from the sales of unconventional or distinctively unusual pieces, including a Jaeger le Coultre `atmos` clock, which made £1750; a nude male bronze faun, 132cm (52”) high, which sold for £2,750 (lot 1608); a storm lantern exceeded expectations many times over to make £3,250; and a painted Moroccan wall shelf, 146cm wide and understood to have been purchased in Tangier in c.1900, which made £3,000.

The sale also saw strong prices for a pair of George III style `barrel-backed` armchairs that made £4,000; a Louis XVI style kingwood display cabinet that was bid to £4,500; and a European carpet, possibly Savonnerie, France, early 19th century, measuring 5.07m x 3.75m, which made £5,500.