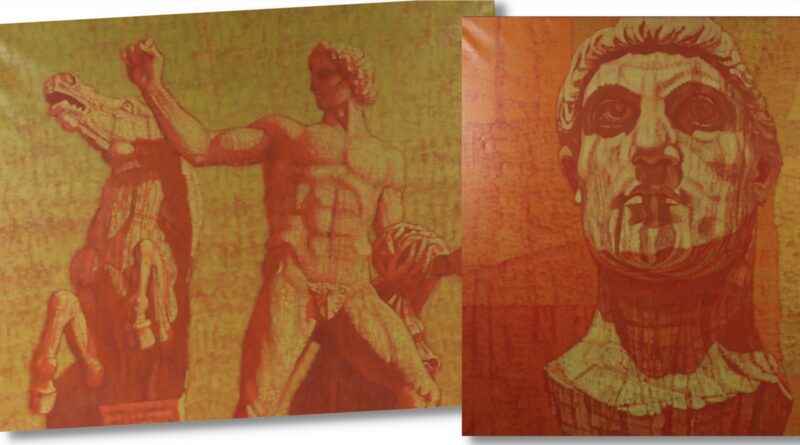 A single-owner, 71-piece collection of paintings by renowned artist Sigmund Pollitzer will go under the hammer in Suffolk later this month.

Bishop & Miller Auctioneers will offer the artworks within its 400 Years of Art auction on June 25.

Auctioneer Oliver Miller said: “We are excited to be able to offer a single owner collection of Sigmund Pollitzer artwork at auction, the pieces are incredibly interesting and extremely colourful and he was known alongside some of the art worlds greatest. It will be an very interesting auction.”

Born in London in 1913, Arthur Sigmund Pollitzer was a member of the Pollitzer family who owned the major warehouse and transportation company Beck and Pollitzer. He went to Germany aged 17 to study language, art and architecture and was much influenced by contemporary continental art, especially the Bauhaus. He returned to England and became an architectural draughtsman, working on many large London projects including the Cumberland Hotel.

From 1933-1938 he became Chief Designer at Pilkington Glass at St. Helens and was responsible for engraved and etched architectural glass for numerous public buildings and ocean liners including the Queen Mary. After war service in the Army, he moved to Cyprus where he lived and worked before moving in the late fifties to Positano in Italy. During the late forties and fifties, he exhibited work not only in Cyprus and Italy, but had many shows in London at the Redfern Gallery, Hanover Gallery, Roland Browse and Delbanco amongst others, as well as museums and art galleries around the country. He shared his shows with most of the great names of contemporary art of the immediate post war years.

His sales were considerable over three decades, and he was also an avid collector of contemporary work. A particular Summer Exhibition at the Redfern Gallery for the July to September Exhibition 1948 his name is seen alongside Matisse, Moore, Nash, Picasso, Piper, Sutherland, Lautrec and Renoir to name but a few.

As a self taught artist, his own original eye, with a true mastery of line and form. He died in 1982. The Victoria and Albert Museum hold examples of his glass designs and the collection has been in store at the London residence and is sold by instruction from the family.