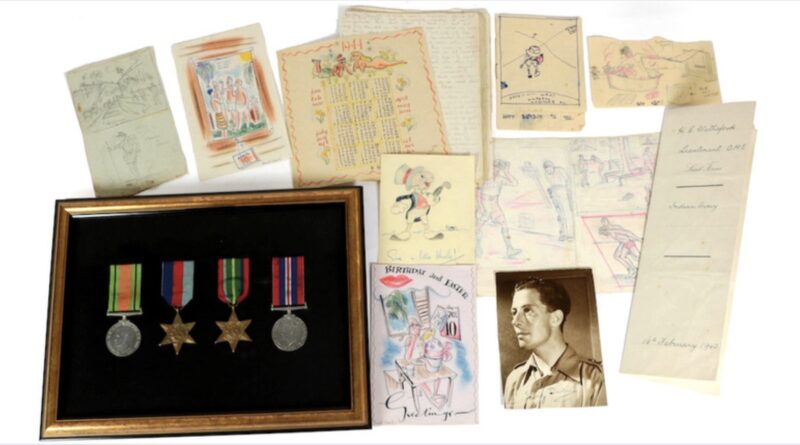 An extraordinary Second World War archive relating to Changi POW Camp in Singapore, and the building of the Siam-Burma Railway along the River Kwai was the top lot in Tennants Auctioneers’ recent Militaria and Ethnographica sale. 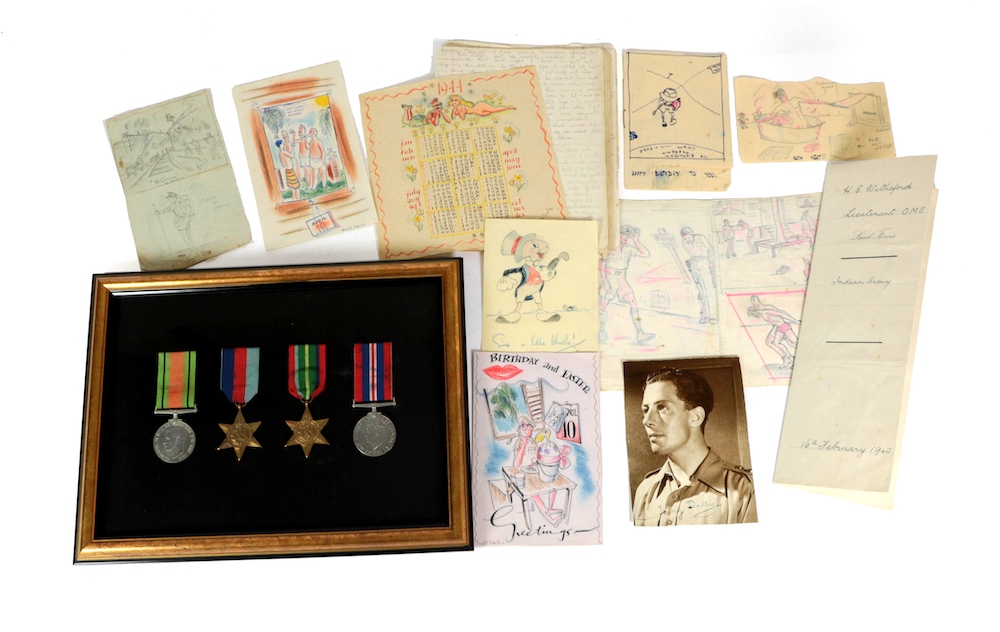 The archive, which sold for £4,200, was collected by prisoner Captain Harry Edward Witheford (1912-2008) and included hand-drawn greetings cards and a calendar by friend, fellow prisoner, and renowned illustrator Ronald Searle.

Of further Second World War interest was a first pattern Fairbairn Sykes fighting knife, which sold for £3,000 against an estimate of £1,500-2,000. The knife was incised with the initials for Ellis Woolcock, the original owner, and was sold together with his group of medals which comprised the 1939 Star, Africa Star with 1st Army Clasp, France and Germany Star, Defence and War Medal alongside his army paperwork. Corporal Ellis Woolcock served with the Royal Army Service Corps attached to the Royal Army Medical Corps and was the vendor’s late grandfather.

From an earlier century came a mid-17th century English pikeman’s pot helmet, sold for £1,100. Made circa 1640, possibly for an officer, the helmet had an old inventory label inscribed ‘Officer of Pikeman’s Pot Helmet, 17th Century, English. From The Old Chantry House, Newark, Notts’. Newark was the site of much fighting during the English Civil War, being a site of strategic importance to both Royalists and Parliamentarians as two major roads – the Great North Road and the Fosse Way – ran through the town.

Interesting firearms in the sale included a 12 bore side by side double barrel sidelock ejector shotgun by W Richards of Preston. The gun was a 21st birthday present to Edward S Healey (b.1886) in 1907, and little used by him as he joined the armed forces when the First World War broke out. Between 1918 and his death in 1943 he hardly used the gun. It has been seldom used by his descendants and kept in careful storage. The gun sold for £2,200. Also of note was a deactivated US Thompson M.1928 submachine gun, sold for £1,900, and a deactivated German Walther P38 semi-Automatic Pistol, which fetched £750.

From the Ethnographica section of the sale, a finely carved 19th-century wooden paddle from the Austral Islands sold for £2,800, and a 19th-century Fijian ula or throwing club sold for £700.