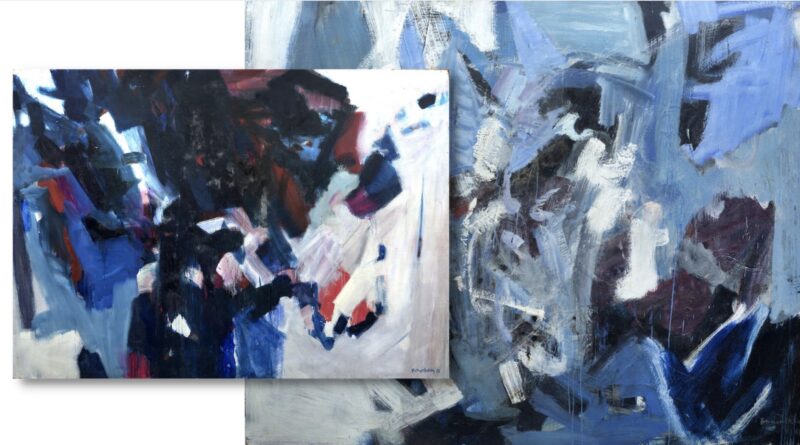 Paintings from ‘The Bernard Key Studio Sale’ was led by a signed oil on board image, entitled ‘Blue Red Triad’, dated 1951, which hammered for £9,000 at Mallams in Oxfordshire’s recent sale.

Although the painting had a relatively modest pre-sale estimate, several interested bidders pushed the price upwards. 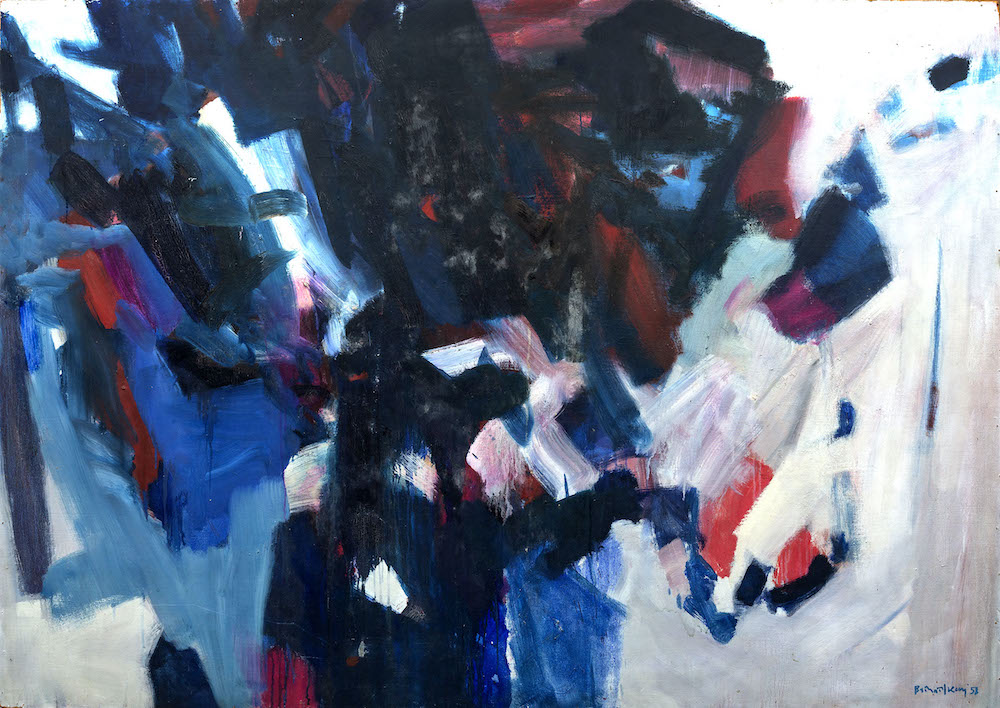 Bernard Kay (1927 – 2021) was an English painter and engraver who started working in the post World War II period and was at the forefront of British art in the 1950s. ‘The Bernard Kay Studio Sale’ included early works from Kay’s time at the Liverpool School of Art and the Royal Academy School of Painting as well as an eclectic mix of other items from his studio.

Another of Kay’s abstract oil paintings – ‘Moon Pull Pale Blue’ dating from 1958 also attracted considerable interest with a successful final bid of £8000, against a £300-£500 estimate. 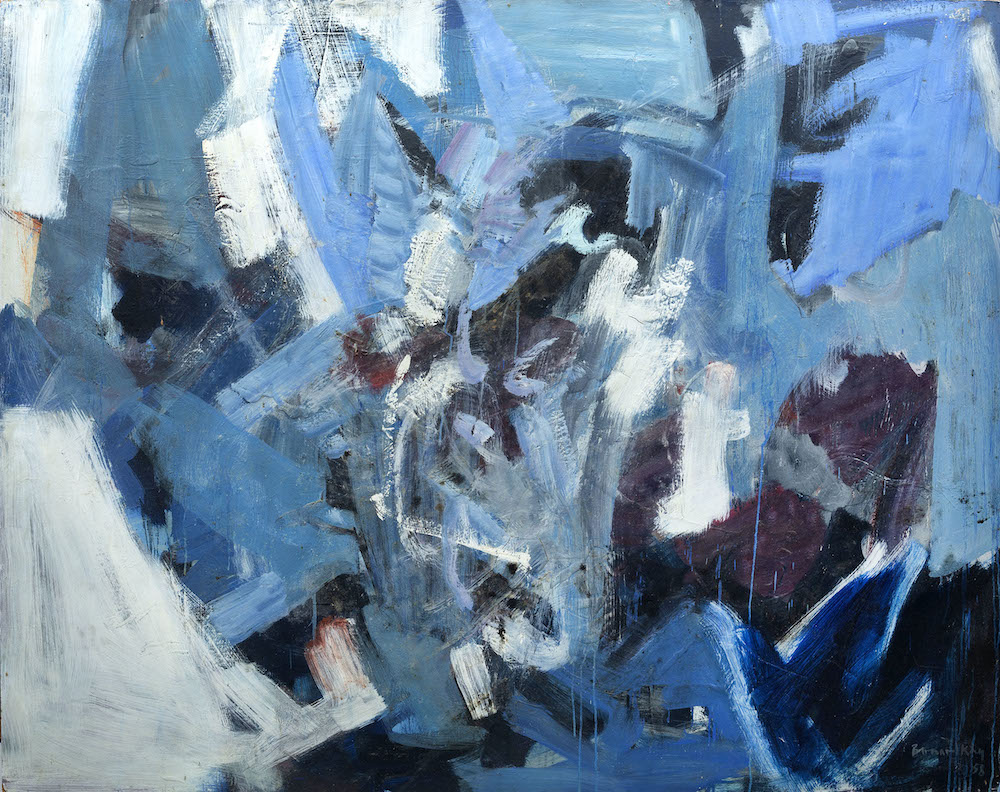 The afternoon section of the sale was dedicated to carpets and tribal art.

In the carpets category, there were two stand out lots: a pair of Persian Qum rugs, decorated with interlinked lozenges featuring sprays of flowers against a rose red ground and blue borders. Each measuring 219 x 141cm, they were estimated at £1000-£1,500 but enthusiastic bidding saw the price soar to £3,600. 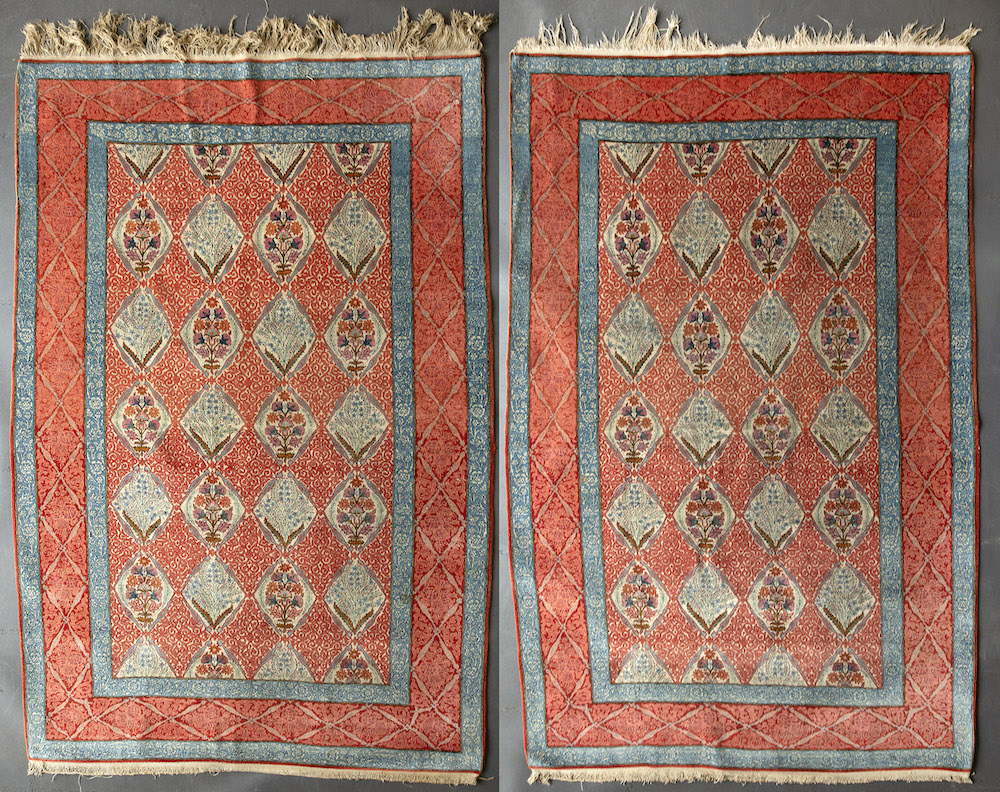 An old Turkey Oushak mid green ground carpet with rose red medallions and flower heads within a triple border, was also highly contested and this pushed the price above the top estimate of £2500, with a winning bid of £3000.

Elsewhere, bidders were particularly taken with a 19th–century South Indian double-edged sword measuring just under a metre in length. Although estimated very conservatively at £200-£300 it saw a number of bidders fighting to secure this lot and eventually sold for £1300.

Another item which outperformed its modest estimate was a Fijian, carved wood tapa cloth beater which featured an incised star decoration to the handle. The hammer finally fell on this item at £1000, against an estimate of £80-£120.