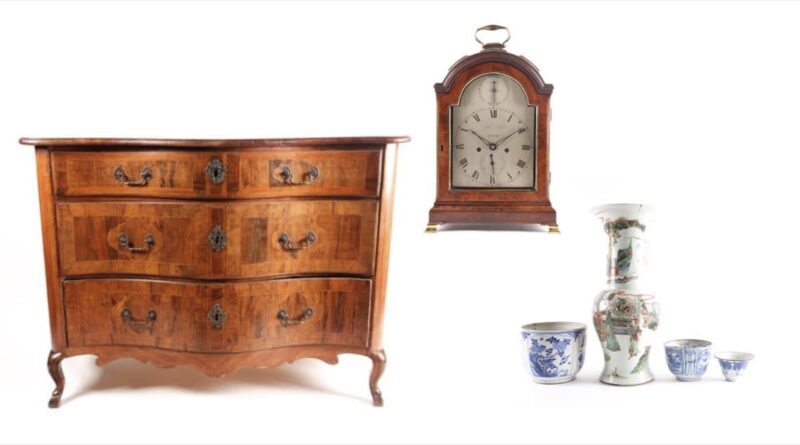 A Maltese 18th-century olive wood and walnut serpentine commode was one of the star lots in a recent sale at Berkshire auctioneers, Dawsons. 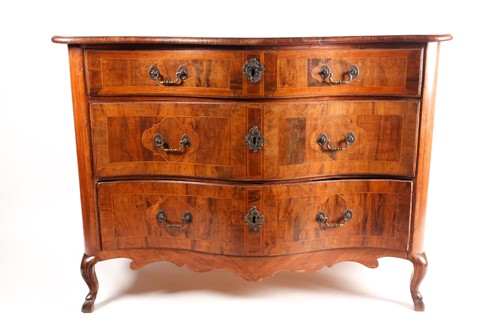 With parquetry decorated top over three shaped long drawers on squat cabriole supports, the piece of furniture created a great deal of interest with bidders on the telephone and also online. After some furious bidding, it was eventually sold for £6,400.

Also proving incredibly popular amongst the bidders on the day, was a signed Toko Shinoda, abstract study, which was also sold for over £6,000 after a lengthy bidding exchange. 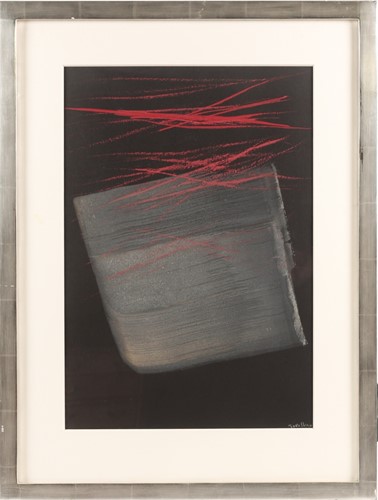 A Josef Herman painting entitled, ‘The Little Street’, which features a figure before houses with a tree to their side, oil on panel, signed and titled verso, in a contemporary frame, commanded a hammer of £4,700. Interestingly, the reverse includes a hand-written note by the artist, stating: ‘This painting is the last painting I painted in Ystradgynlais in 1953, but repainted many parts and completed the picture in 1979’. 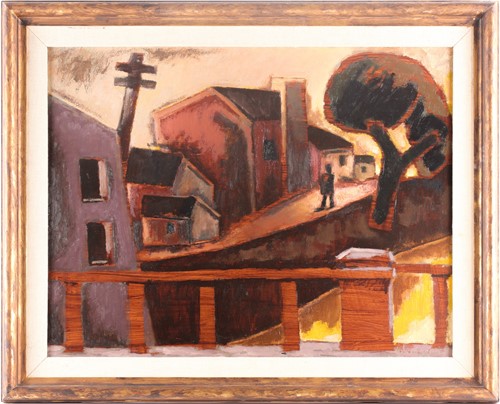 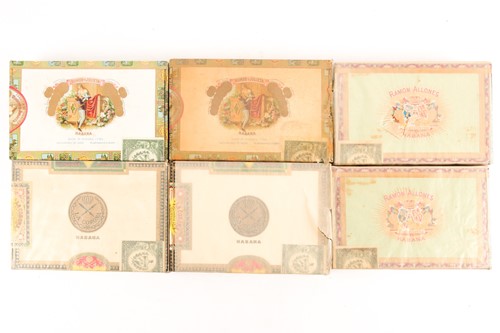 A Martin Brothers large double-sided stoneware face jug, dated 1899, sold for £3,800. Modelled in relief to both sides with a grinning face and white-highlighted eyes, it was incised marks to base, ‘Martin Bros, London & Southall’ and ‘5-1899’. 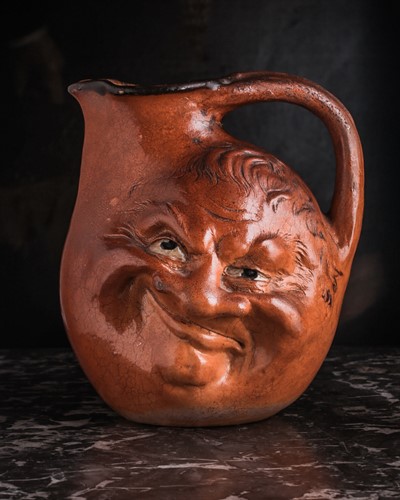 Within the Asian Art section of the sale was a famille verte yen-yen vase, Kangxi, mark & period, finely painted with figures from the tale ‘A Journey to the West’ attributed to Wu Cheng’en. The neck was painted with Sun Wukong in a tree overlooking Tang Sanzang, Zhu Bajie & Sha Wujing, the body painted with Tang Sanzang returning to Emperor Taizong with scriptures, six character mark and Fredrick Bohman stock label to the underside; together with two Chinese blue & white deep containers, 17th century & a flared rim bowl painted with pak choi, with metal rim and four character mark. It sold for £3,400. 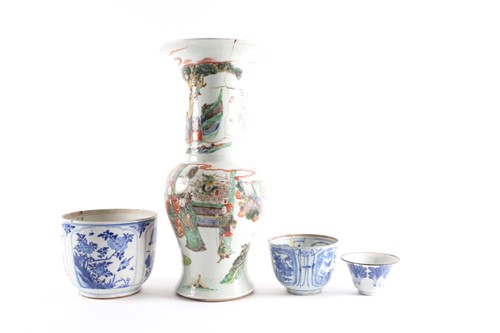 Model trains featured strongly within the sale, including three Bowman coaches, model number 550, in LMS (x2) and LNER livery, each in original wooden case (lacking covers), together with assorted loose tinplate/clockwork locomotives and rolling stock. They sold for £3,100.

Clocks also proved popular, such as a Thomas Field of Bath George III double fusee bracket clock in mahogany case. Fitted a silvered one pieced arched top dial with strike silent in the arch and calendar dial at 6 o’clock, marked Thos Field Bath correspondingly to the dial and backplate. The eight-day movement chiming the hours on a single bell fitted with pendulum stay. The case with leaf capped bale handle and supported on ogee moulded bracket feet. It sold for £1,700.