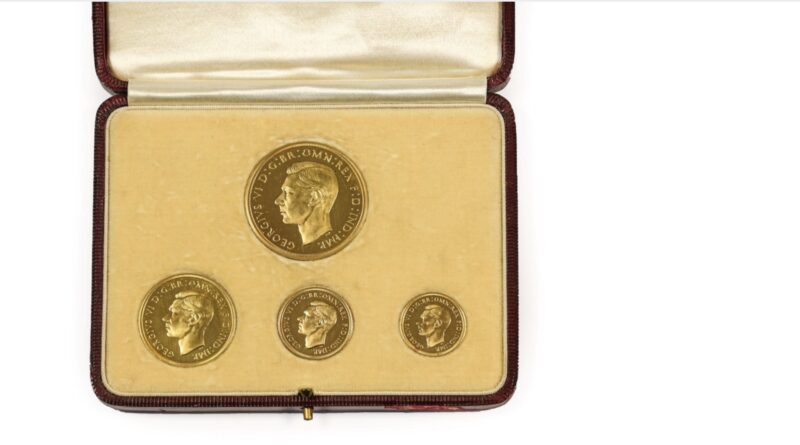 A George VI Gold Proof Set from 1937 was the star lot of Tennants Auctioneers’ recent Coins, Tokens & Banknotes Sale, when it sold for a hammer of £9,200. Comprising £5, £2, sovereign and half sovereign, the coins were as struck and housed in the Royal Mint case of issue. 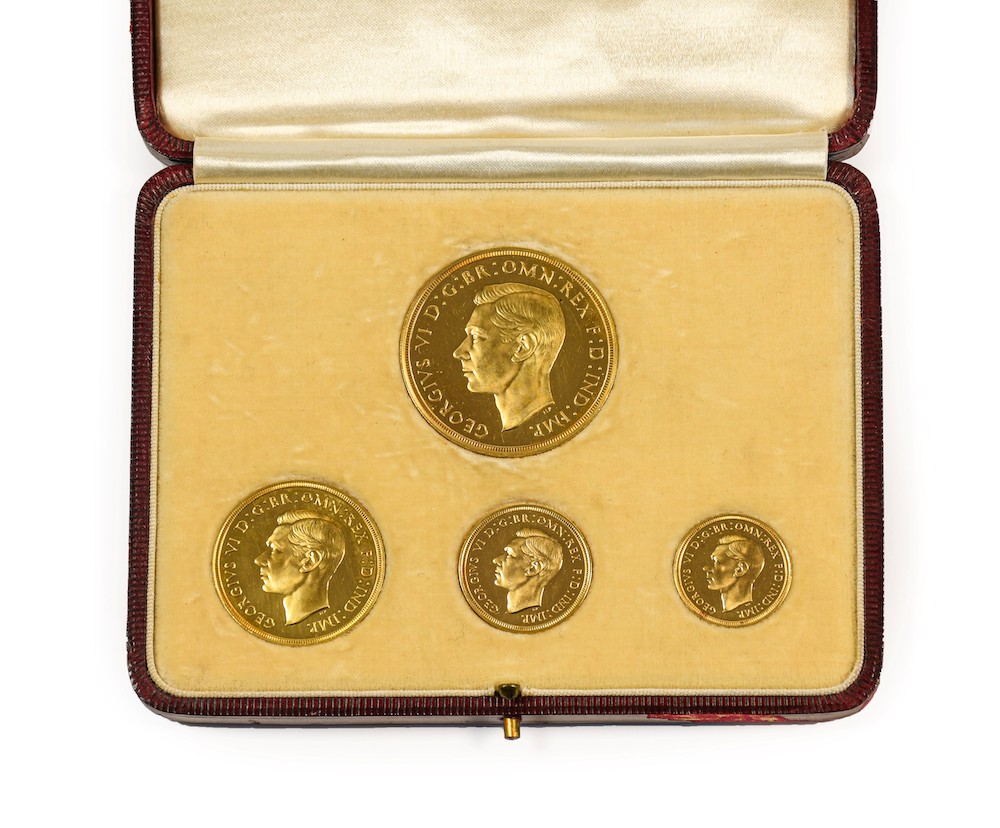 One of the rarest items in the sale was a George V ‘Hollow Neck’ Penny from 1911. Dubbed the ‘Hollow Neck’ penny, due to the distinctive indentation to the back of the King’s neck, it sold for £1,800 and was in Good Extremely Fine condition with a pleasing striated tone.

Further highlights of the sale included a Queen Victoria Golden Jubilee Gold and Silver Set from 1887; the 11-coin set sold for £3,000. A George III Sovereign of 1820 sold well, too, at £650. Featuring the laureate head of George III on the obverse, and the legend ‘HONI SOIT QUI MAL Y PENSE’ around the Pistrucci George and Dragon on the reverse, the coin was in Fine condition and sold with certificate of authenticity. Selling well above estimate at £2,700 was an Elizabeth II Gold Proof 3-Coin Sovereign Set from 1989, produced in commemoration of the 500th anniversary of the sovereign. It was set number 860 of a limited edition of 10,000 and sold with certificate of authenticity encapsulated in Royal Mint red leather case of issue.